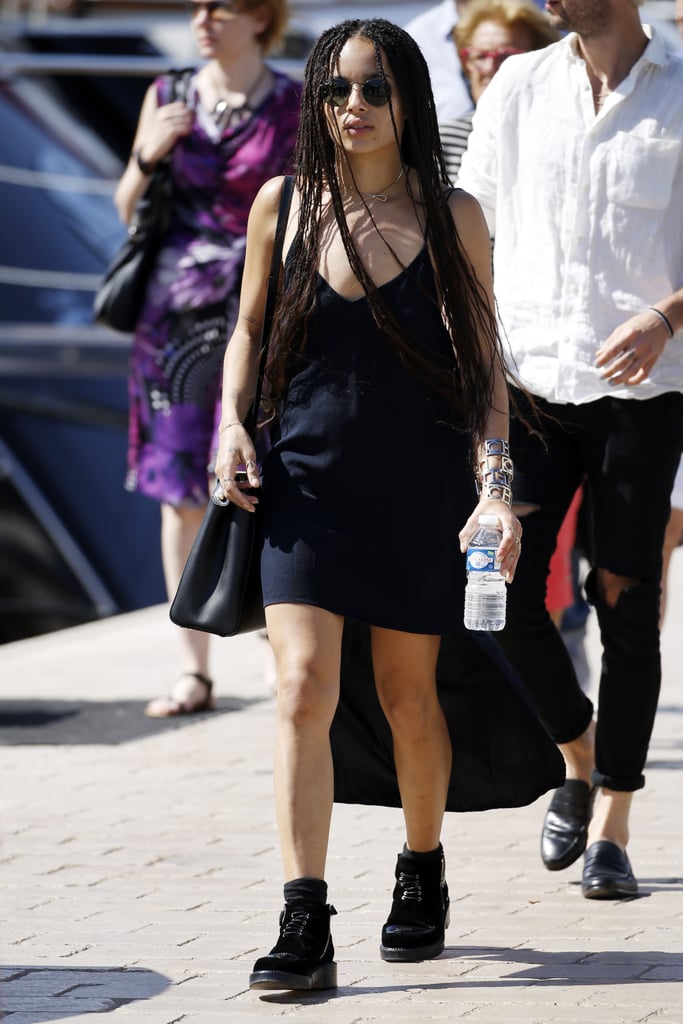 Zoë Kravitz is one of the most-buzzed-about stars in Hollywood right now since scoring the part of Catwoman in 2021's Batman reboot. Until the day we can see her pull off the role on the big screen, we'll just be sitting here keeping tabs on her style and admiring outfits past. Because if Zoë's taught us anything about fashion, it's how to stay confident and true to your own character, which sounds a lot like a motto Catwoman would approve of, doesn't it?

Zoë has a way of making even a straight-off-the-runway red carpet look seem edgy, effortless, and cool. She's always going for a slightly '90s grunge vibe IRL, save for her Audrey Hepburn-esque wedding dress, which was much more unexpected but also lovely.

When she wore this simple slip dress at Cannes back in May 2015, styled with combat boots, thick socks, and Ray-Bans, the look was forever imprinted in my mind as inherently '90s, and I still have yet to find someone who does it the same justice. So I guess what I'm saying is that if Zoë wears her Catwoman persona anything like she wears this LBD, she'll continue to live up to the iconic woman she's become. If you happen to be in the market for a slip dress, I highly encourage you try styling it like Zoë, and I'll show you exactly how it's done. Just remember: sometimes an all-black outfit is really so powerful that people still remember it five years later.