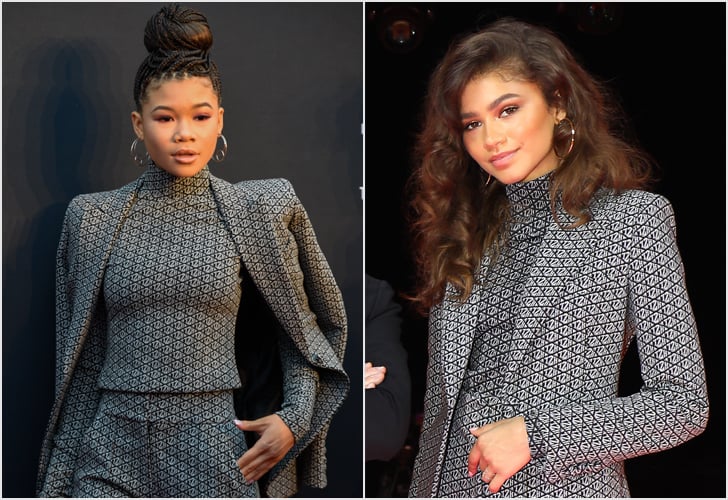 It looks like Zendaya and Storm Reid swap outfit ideas, just like real-life sisters. The Euphoria costars, who portray siblings Rue and Gia Bennett in the hit HBO show, wore the same exact Tommy Hilfiger suit seven months apart, and both actresses looked equally stunning in their own way.

Back in March, Zendaya wore the three-piece set on the runway while unveiling her debut collection with Tommy Hilfiger during Paris Fashion Week. The black-and-white suit features a single-button blazer, turtleneck sweater, and flared trousers, all covered with the same monogrammed pattern, and Zendaya styled the set with open-toed sandals, metallic hoop earrings, and pink eye shadow.

Months later, Storm took a cue from her fictional older sis by opting for the same outfit while attending the opening of Tyler Perry Studios in Atlanta alongside big names like Beyoncé. The 16-year-old star rocked the Tommy Hilfiger suit with white pointed-toe pumps and accessorized with hoop earrings and pink eye shadow, similar to Zendaya's. Ahead, take a look at Rue and Gia — er, Zendaya and Storm — rocking the same Tommy suit like true sisters, and then shop all three pieces of the designer set for yourself to emulate the Euphoria stars.

Celebrity Style
No, It Doesn't Get Any Cooler Than Lenny and Zoë Kravitz's Father-Daughter Style
by Nikita Ramsinghani 1 day ago

Kate Middleton
Kate Middleton Sprints in $50 Ribbon Sneakers and Zara Pants, Like She Can
by Sarah Wasilak 1 day ago 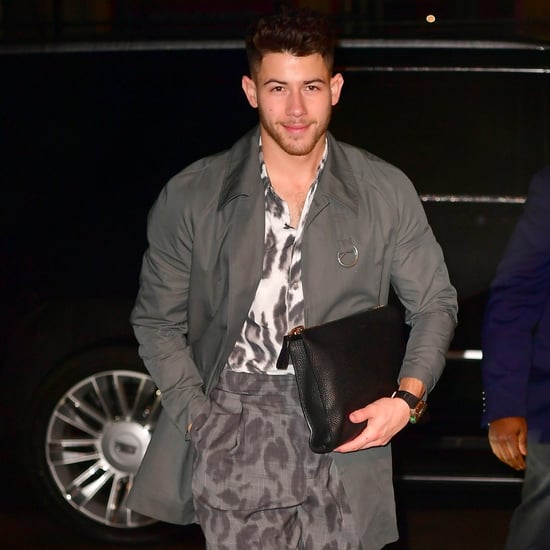 Celebrity Style
When Hailey Bieber's Wearing This Dress in the Front Row, It's Hard to Acknowledge Jon Snow
by Sarah Wasilak 1 day ago