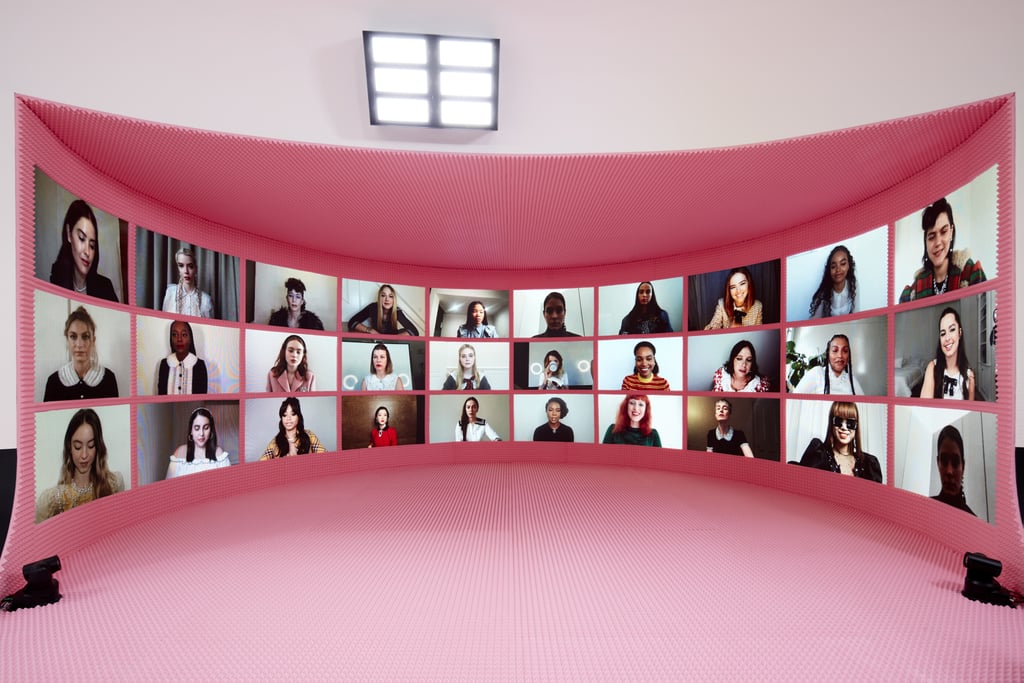 For her Miu Miu spring 2021 collection debut, Miuccia Prada staged a stadium-like, socially distanced runway with rubber walls and lines that mimicked those of a basketball court. Her thought process? To make sure her fashion show reflected the current day and age, keeping in tune to how we've been absorbing spectacles and events these past few months, and likely will continue to in the future.

The Miu Miu brand has always been synonymous with its celebrity audience and models — a community of strong women, like Storm Reid (who walked the runway for fall 2020), Beanie Feldstein, Elle Fanning, Zoey Deutch, Gabrielle Union, Maude Apatow, Soko, Alexa Chung, Sydney Sweeney, Suki Waterhouse, and Lila Moss (a newcomer to the runway and Miu Miu team this season) — that support one another. So of course, they were invited to the show. But keeping CDC recommendations in mind, Miuccia set up screens that became an integrated part of her runway, making her muses part of the show virtually. This was a similar setup to Olivier Rousteing's at Balmain this season, although Balmain also welcomed a physical audience on the other side of the runway.

"The digital audience's reactions, visible within the space, replicates the dynamic of a physical audience, virtual exchange given a new power," the Miu Miu team wrote on Instagram, setting the stage for what would be an experience somewhat close to a sporting event, where the fans are so much a part of the moment that unfolds.

The looks themselves were fanciful, girlie updates to a typical sporting uniform, complete with the bejeweled details we've become accustomed to seeing on Miu Miu clothing and accessories. There were even heeled cleats, the mule silhouette we never knew we needed! Scroll down to spot your favorite celebrities in the virtual "stands," and see the full runway lineup that really made us cheer.

Related:
What Does a Socially Distanced Runway Show Look Like in 2020? Let Us Show You
Previous Next Start Slideshow
Zoey DeutchSpring FashionFashion DesignersElle FanningMiu MiuFashion WeekStorm ReidRunwaySpringFront Row
Around The Web

Fashion News
Jenna Lyons on Her New TV Show and the One J.Crew Piece She'll Never Get Rid Of
by Sarah Wasilak 3 days ago 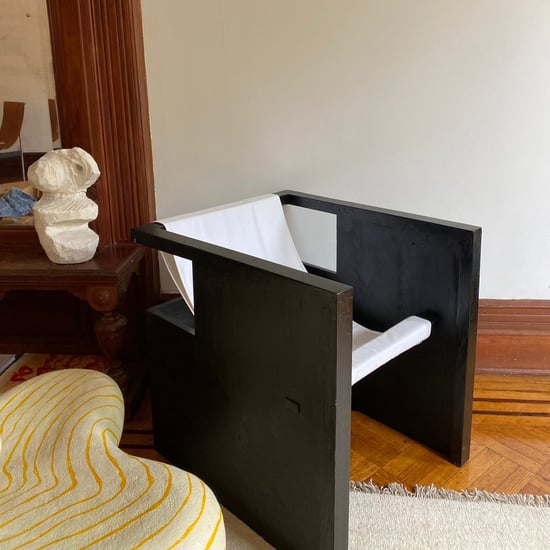 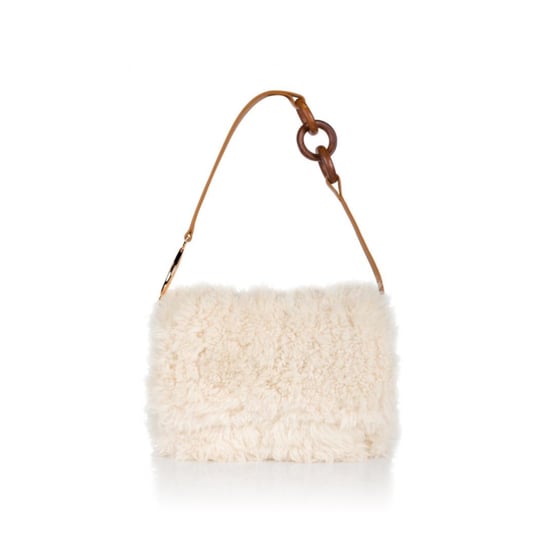