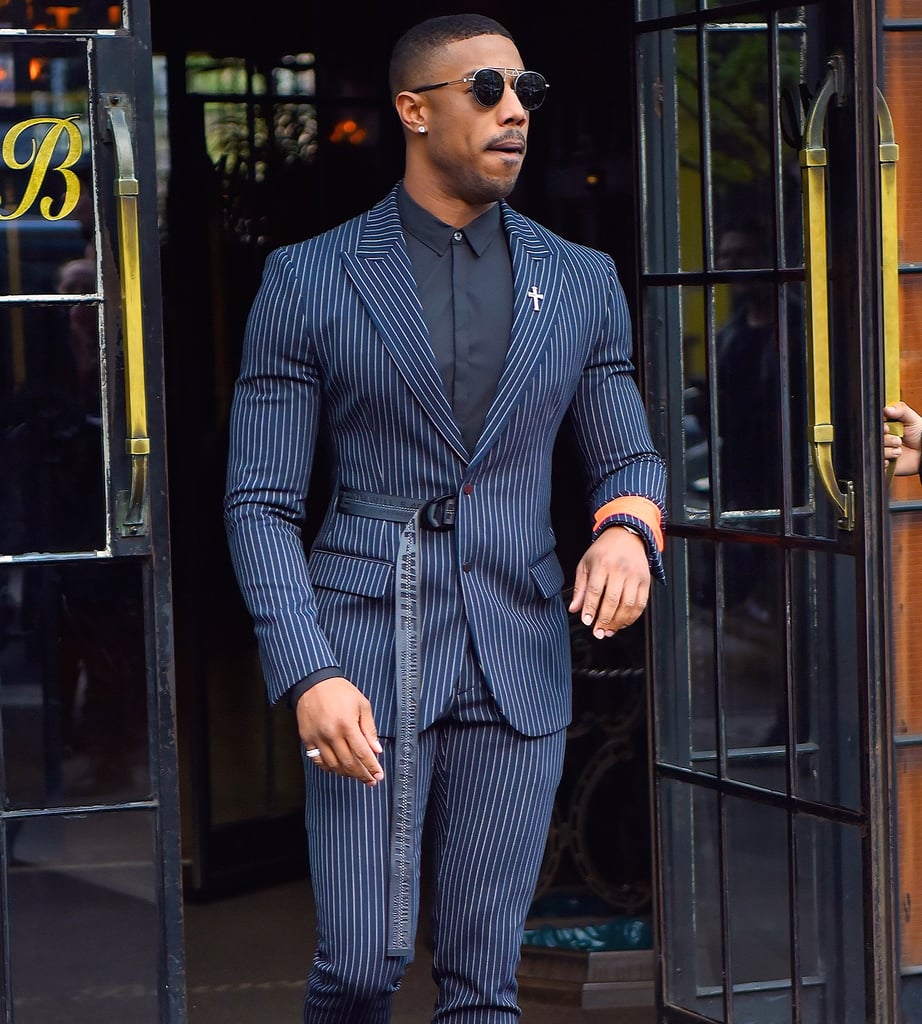 What Makes Michael B. Jordan So Sexy? Well, It Has a Lot to Do With His Style

It's really so hard to pinpoint a favorite style moment from Just Mercy, Black Panther, and Creed star Michael B. Jordan. The 33-year-old actor, recently named People's Sexiest Man Alive in case you haven't heard, is also the face of Coach. He recently starred alongside J Lo in the brand's family focused 2020 holiday campaign, and as a proper brand ambassador does so flawlessly, Jordan wears plenty of Coach on the street and in the front row at the brand's runway shows.

But when he's on the red carpet, you'll see Jordan more often flaunting the likes of Givenchy, Calvin Klein, and Burberry. He's worked with stylists Ade Samuel and Jason Rembert on some of his most memorable looks in recent history. A few come to mind: the long Off-White belt he wore to the 2018 Met Gala, cinched at the waist over a fitted pinstripe suit, or maybe even the pink and purple Louis Vuitton harness he wore over his SAG Awards tuxedo, emblazoned with the luxury fashion label's signature logo.

Something you shouldn't miss when you're scrolling through his style moments below? His footwear. Michael B. Jordan regularly wears Christian Louboutin, and he doesn't always shop from the most classic silhouettes (see: the embellished patent loafers that caused a buzz at the Black Panther premiere). If your eyes aren't peeled for Jordan on every red carpet, he's sure to attract your attention in no time at all, so you might as well start looking.

Kamala Harris
Ella Emhoff, aka Kamala Harris's Step-Daughter, Is Clearly a Style Star in the Making
by Nikita Charuza 4 days ago