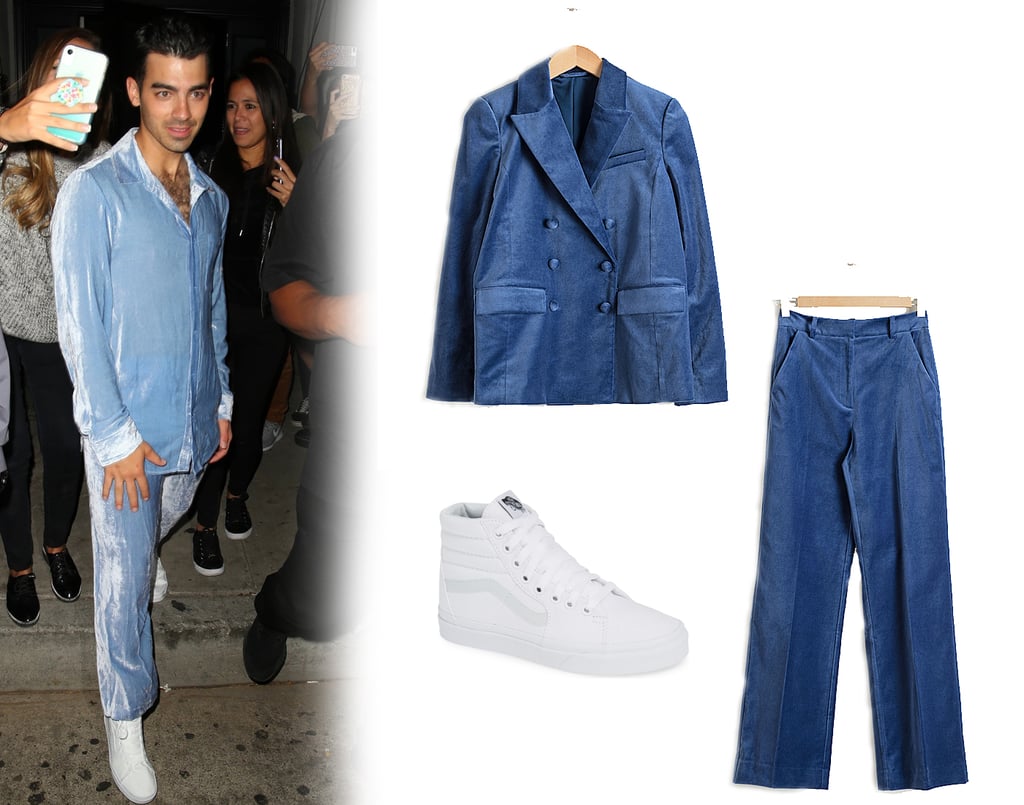 I Want to Be Wearing That: Joe Jonas's Blue Velvet Suit and Vans

After performing with the Jonas Brothers at the Hollywood Bowl, Joe Jonas joined his sister-in-law Priyanka Chopra and brother Nick for dinner at Craig's in West Hollywood. While Nick and Priyanka wore date-night attire, Joe was a '70s dream in a blue velvet corduroy suit and crisp white Vans high-top sneakers. He needed no other accessories. I'm all about a look like this one for a night out — it's comfortable, simple to style, and obviously attention-grabbing enough for people on the street to beg for selfies with you.

OK, we can't all be Joe Jonas. I'm not saying if I picked up these similarly striking & Other Stories coordinates, the same chaos would ensue behind me, the paparazzi snapping my picture as I crossed the street. But I do think I'd feel cool, relaxed, and mentally pretty chill. After all, I wouldn't have racked my brain trying to figure out what top to pair with my pants. As you'll see when you scroll, there are plenty of two-piece sets like Joe's in velour. So pull out your white sneakers and do the Jonas — dammit, you'll be feelin' so cool. 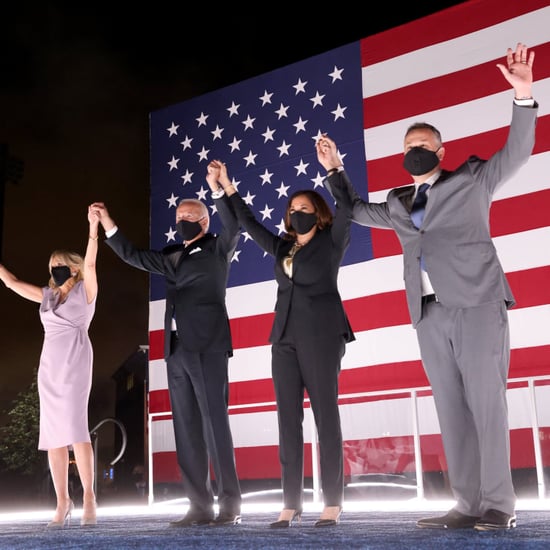