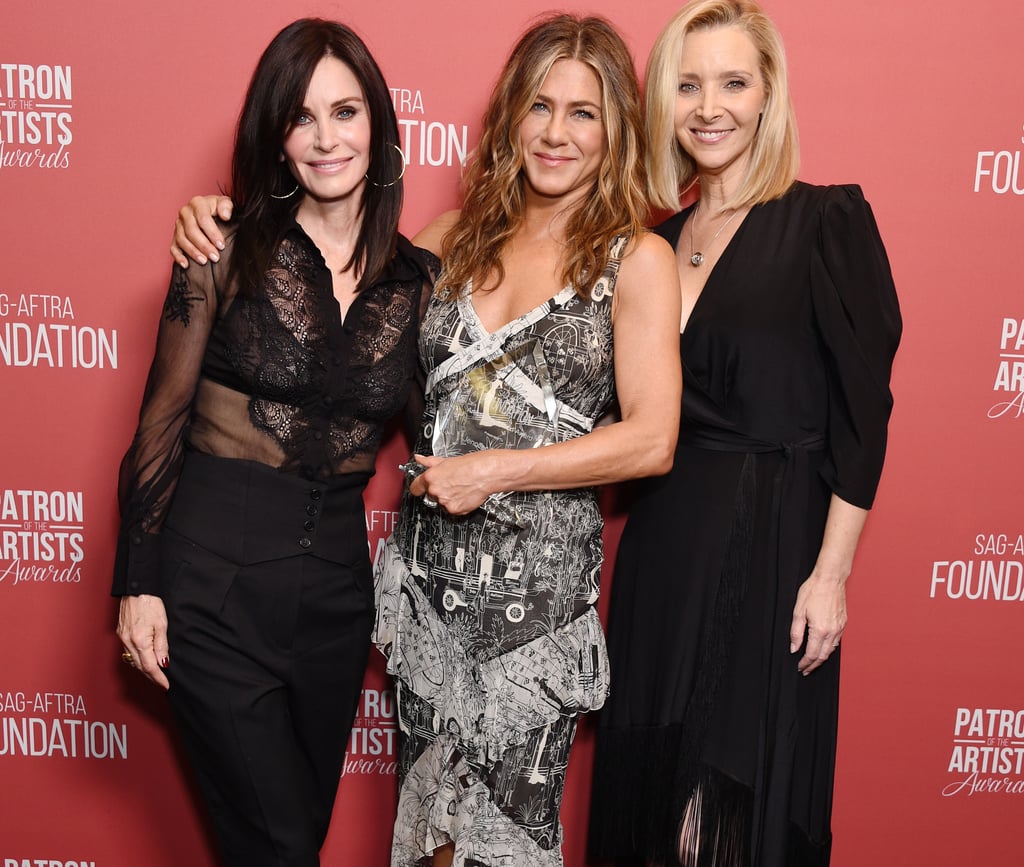 Jennifer Aniston, queen of the LBD, threw us for a loop when she switched up her look at the SAG-AFTRA Foundation's fourth annual Patron of the Artists Awards. Her good pals and Friends costars Lisa Kudrow and Courteney Cox joined her on the red carpet to support Jen's honor — she was recognized with the Artists Inspiration Award for her philanthropic work. The three '90s style powerhouses wore modern, trendy looks. Courteney sported a sheer blouse (one of our favorite holiday fashion trends), and Lisa's dress was sophisticated with a bit of flirty fringe at the hem and sash.

Jen, however, went vintage shopping for her John Galliano number, which took the form of a classic slip until right below her hips, where the skirt was adorned with frilly ruffles. If you zoom in close, you'll notice the pattern, which appeared to be a glamorous scene from a hotel during the Roaring '20s. Jen finished her outfit with drop earrings and a chunky silver ring, plus simple black Christian Louboutin sandals to bring a minimalist feel to her outfit. Scroll to take it in from multiple angles, then browse similar pieces we found; some you can thrift, and some are just fresh takes on the printed midi slip.