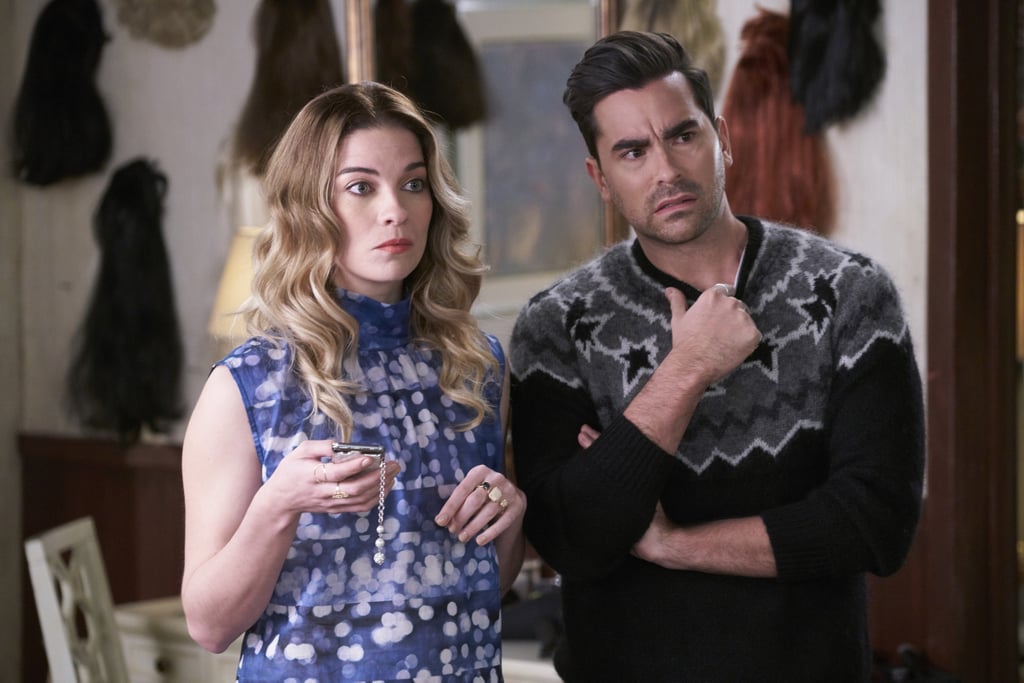 There are many reasons to fall head-over-heels in love with David Rose on Schitt's Creek: his sarcastic one-liners, his hysterical facial expressions, his penchant for melodrama, his immense character development, and, of course, his one-of-a-kind style. David (portrayed by Dan Levy) has undoubtedly earned the unofficial title as reigning king of cozy yet chic-as-hell sweaters, sporting a dizzying array of them throughout all six seasons of Schitt's Creek and providing us with endless outfit inspo along the way.

Following in his mother Moira's fashionable footsteps, David typically sticks to a pretty muted color palate, opting for lots of black, white, and gray, though he occasionally infuses pops of color into his outfits. He's not afraid to be bold — as evidenced by his various graphic sweatshirts featuring phrases like "Love Me Tender" and "Wild Aloof Rebel" — and he's a big fan of drop-crotch pants and layered metallic rings. Simply put, David Rose is a freakin' style icon — some may even say his fashion choices are "simply the best . . . better than all the rest."

Considering the Rose family's wealthy upbringing, many of David's sweaters are actually real designer pieces, which Dan said was vital for adequately portraying their riches-to-rags story. "They allow us to continually remind the audience that these people came from extreme wealth . . . that these people do not fit in," Dan said of the Roses' fancy outfits in a 2018 interview with the Build Series.

"I knew if we were going to base this in reality, the clothes needed to be real designer clothes."

In an interview shared on the show's official YouTube page, Dan further explained that he worked with costume designer Debra Hanson to hand-pick many of the outfits himself, including David's slew of sweaters designed by the likes of Rick Owens, Alexander McQueen, and Givenchy. Due to the show's tight budget, he resorted to mining eBay and consignment stores to score the pieces secondhand, often bartering down prices to be more affordable. "I knew if we were going to base this in reality, the clothes needed to be real designer clothes, they had to be expensive, and they had to look like a million dollars because that's all the family has when they move to this town is their clothes," Dan said.

With Schitt's Creek's sixth and final season having just wrapped, we can't help but feel just a little bit nostalgic, so we're taking a comprehensive look back at David's sweater collection from season one through six. We're still unsure where in the heck he manages to store all of these in his tiny Rosebud Motel room, but alas, let's not allow that to distract from sitting back and appreciating the King of Cozy Yet Chic-as-Hell Sweaters doing what he does best. 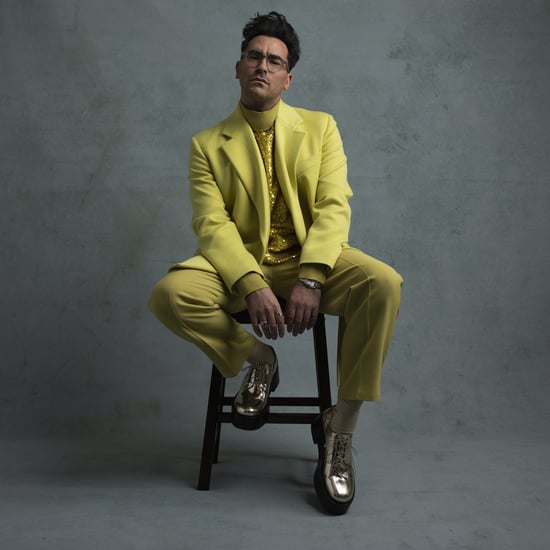 Dan Levy
Dan Levy Is Wearing So Much Color to the Golden Globes, David Rose Could Never
by Sarah Wasilak 14 hours ago

Jennifer Lopez
J Lo Posted a Picture in a Gorgeous Wedding Dress, but It's For Her New Movie
by Nikita Charuza 3 days ago