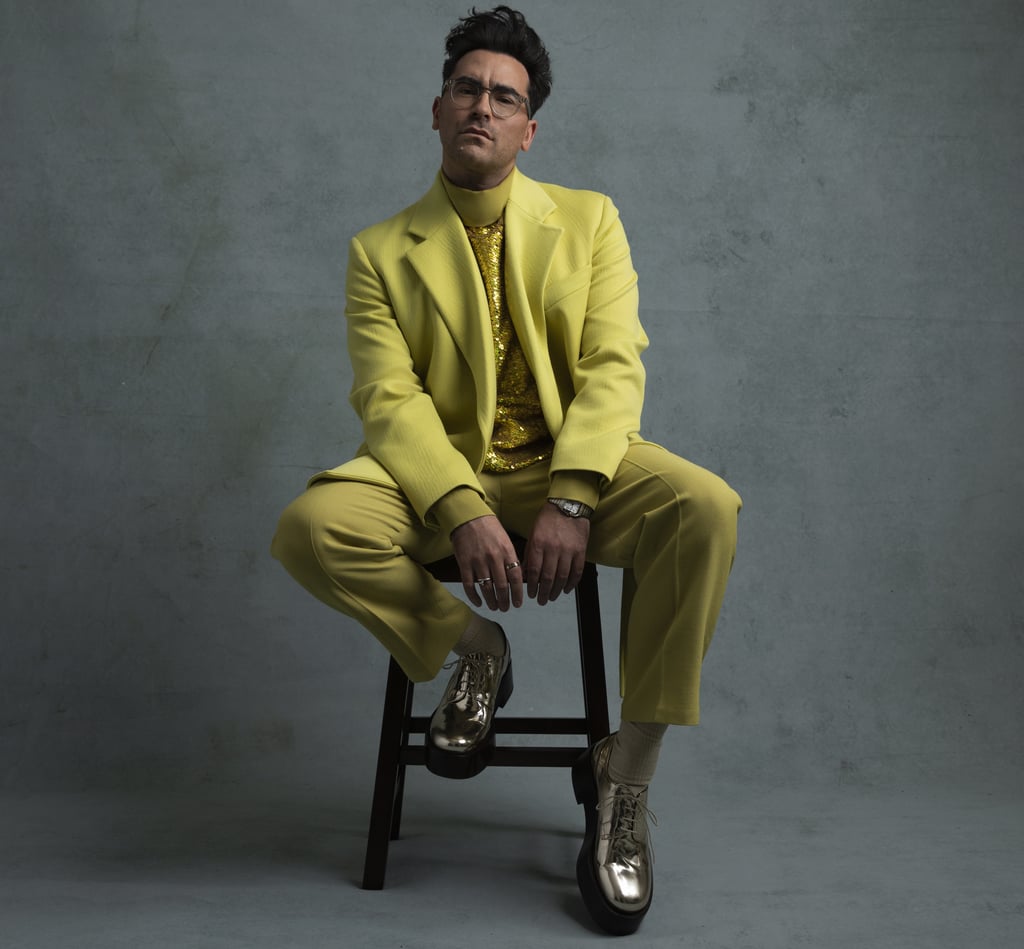 Dan Levy Is Wearing So Much Color to the Golden Globes, David Rose Could Never

Dan Levy, who won an award for Schitt's Creek at the 2021 Golden Globes, released what is frankly the best portrait we've ever seen for the award ceremony. The actor and producer was dressed in an electrifying chartreuse pantsuit from Maison Valentino Haute Couture, complete with a sequined turtleneck and metallic gold platform creepers. While his character David generally sticks to black-and-white sweaters only, Levy went the complete opposite route, and let's just say he deserves to turn the heads he's turning. Read ahead for another look at the ensemble, curated by Erica Cloud straight from Pierpaolo Piccioli's first menswear couture collection, and get a load of his Cartier jewels and signature translucent eyewear. I know we're all already at home, but can I still use the phrase "everyone go home"? Because Dan Levy just won the virtual red carpet.

Celebrity Couples
If This Is Gwen Stefani's Wedding Band, It's Certainly For the Coolest of Brides
by Sarah Wasilak 1 day ago