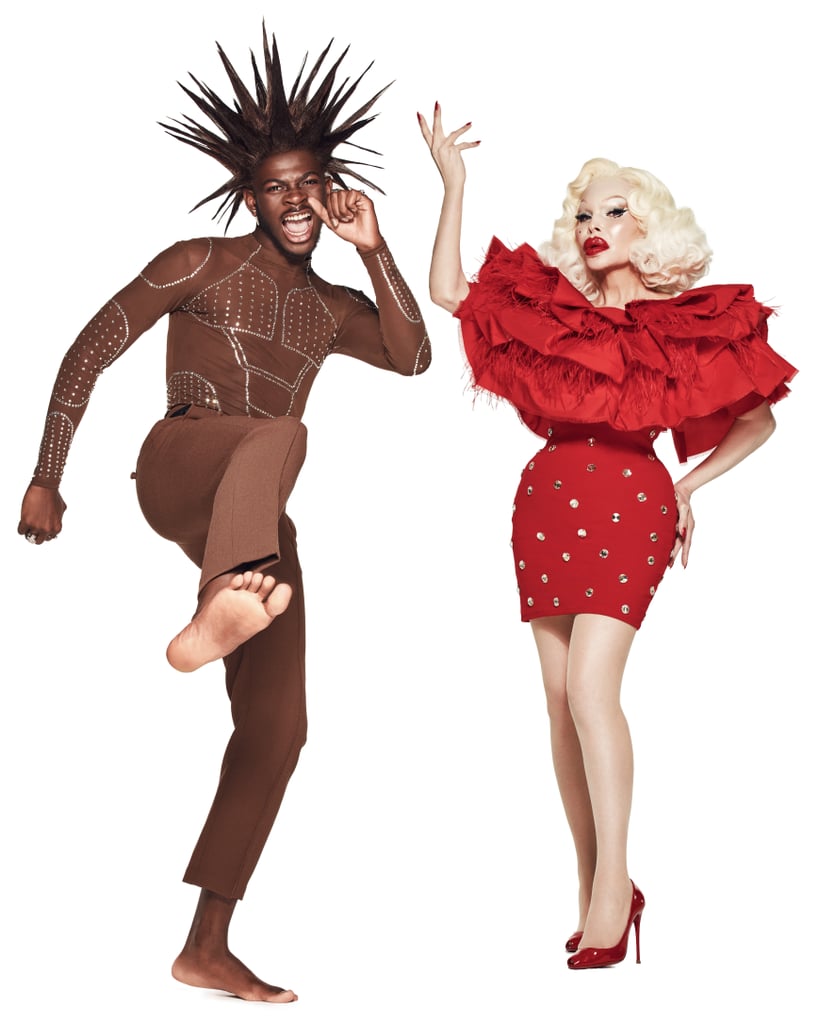 Surprise! Christian Cowan is teaming up with Lil Nas X for a unisex ready-to-wear collection. Another amazing thing? The collection will benefit Atlanta's Black queer youth community through the creation of a fund at the Loveland Foundation. We spoke to the designer about the new collection and if teaming up with a charity was something both he and Lil Nas X were set on doing for the collection. "We were both really keen on this from the beginning. It's a pleasure to be able to use our platforms to help a cause that is so close to both of our hearts as queer men," Christian told us.

Christian first shot to fame after creating a pink glitter suit for Lady Gaga in 2014. Since then, his glamorous creations have been seen on Cardi B, Beyoncé, Miley Cyrus, and, of course, Lil Nas X. It makes sense that this duo got together for a collaboration after a friendship sparked while creating Nas's viral sequined moment at the 2019 MTV VMA Awards. "LNX and I had worked together with his amazing stylist Hodo Musa for the VMAs. I knew I wanted to do a collaboration for charity, so when it came to deciding who to ask, I had one name on my mind: Lil Nas X. I think culturally he is so important; he's breaking boundaries within music between genres. He's a true trailblazer. He was so involved in every step of the process and has such a flair for design," Christian revealed.

Keep reading to see the gorgeous imagery from the campaign and read more from our interview.

Spring Fashion
19 Women-Owned Fashion Brands to Shop All the Time, but Especially This Month
by Sarah Wasilak 1 day ago

Street Style
Out of Outfit Ideas? Fashion Month Street Style's Got You Covered
by Dana Avidan Cohn 1 day ago