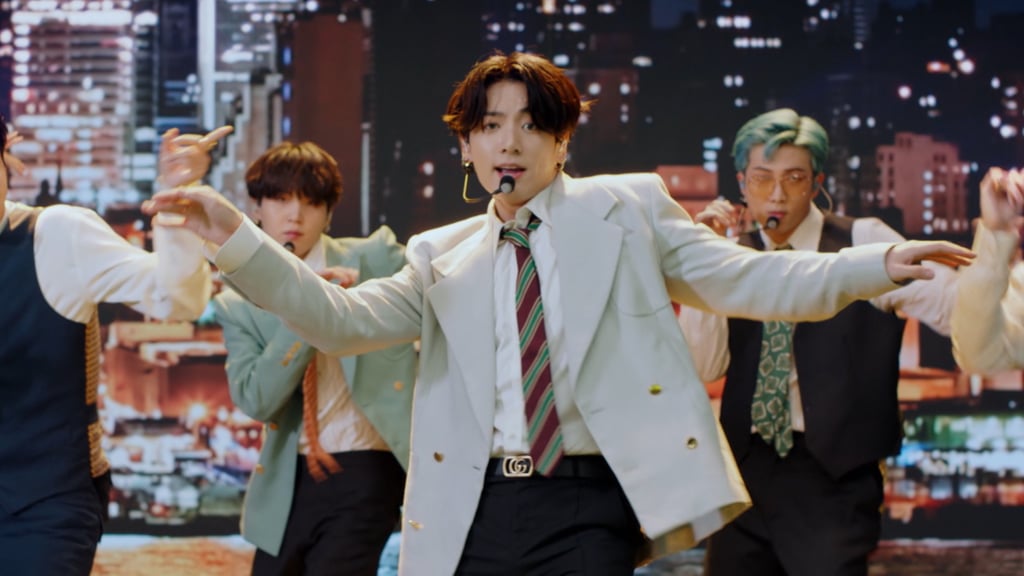 The Ties! The Suits! The Gucci Belts! BTS Looked Dapper at the MTV VMAs

Even though BTS stuck to a pastel palette of candy-coated, retro outfits for their "Dynamite" music video, the MTV VMAs brought out next-level suave, with the K-pop group rocking dapper suits for their excellent performance that everyone was talking about. (That's probably also because the boys went home with four major honors after the show, naturally.)

The looks here involved plenty of Gucci — BTS wore the brand's blazers, vests, flared trousers, belts, boots, and earrings — and they each picked retro silk ties with plenty of personality. Obviously, their first-ever MTV VMAs gig called for something a lot less casual than what we've seen from them before, and we can't say we're not impressed that they can pull off their incredible dance moves in looks you'd see on the red carpet at a movie premiere — or, you know, on Don Draper in Mad Men.

Read ahead to watch them prove their prowess in their stylish outfits one more time, and then see some of our favorite close-ups and detail shots of their Gucci ensembles, which included most pieces from Alessandro Michele's pre-fall 2020 collection. All we know is that Harry Styles must be somewhere, nodding his head along in pure admiration of these outfits.