Amazon Prime is getting its very own fashion competition show, Making the Cut. The 10-episode series will be hosted by Project Runway alums Heidi Klum and Tim Gunn and is set to premiere on Friday, March 27, exclusively on Amazon Prime video.

You might think you're familiar with the design competition format, but Making the Cut promises something completely new. With two new episodes airing every week, the series will be the first of its kind to be instantly shoppable. Limited-edition releases of each episode's winning look will be available for purchase on Amazon's designated Making the Cut online store. The winning designer of the series finale is set to receive $1 million toward their fashion brand and the opportunity to design an exclusive collection for Amazon.

Twelve contestant will compete for that cool million, including designers from New York, Belgium, Germany, China, and Italy. Judging their designs will be Klum and Gunn, accompanied by a panel of guest judges including Naomi Campbell, Chiara Ferragni, Nicole Richie, Carine Roitfeld, and Joseph Altuzarra.

Above, check out the trailer for the exciting new upcoming series.

Where do I watch the Making the Cut?

The show is available on Amazon Prime — if you don't have a membership yet, you can get a free 30-day trial.

When do new episodes arrive?

There will be two new episodes dropping every Friday. The finale will be on Friday, April 24. 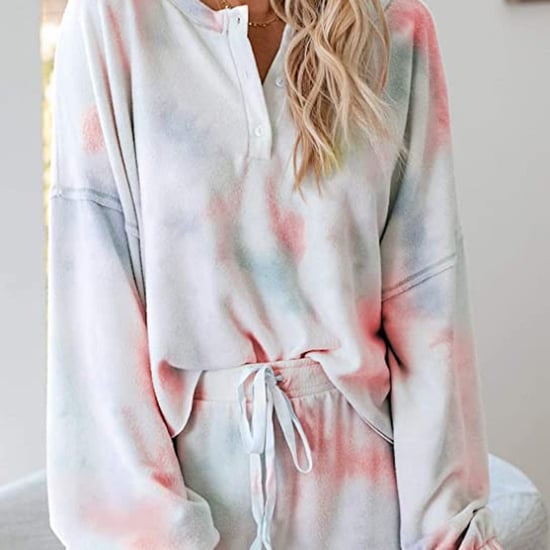 Summer Fashion
Amazon Has a HUGE Section of Tie-Dye Clothes, and These 36 Pieces Are Beyond Cute
by Macy Cate Williams 2 days ago

Bella Hadid
Bella Hadid Teases a Secret Tie-Dye DIY Project, and I'm First in Line For Her Tees
by Sarah Wasilak 3 days ago

by Kelsey Garcia 36 minutes ago