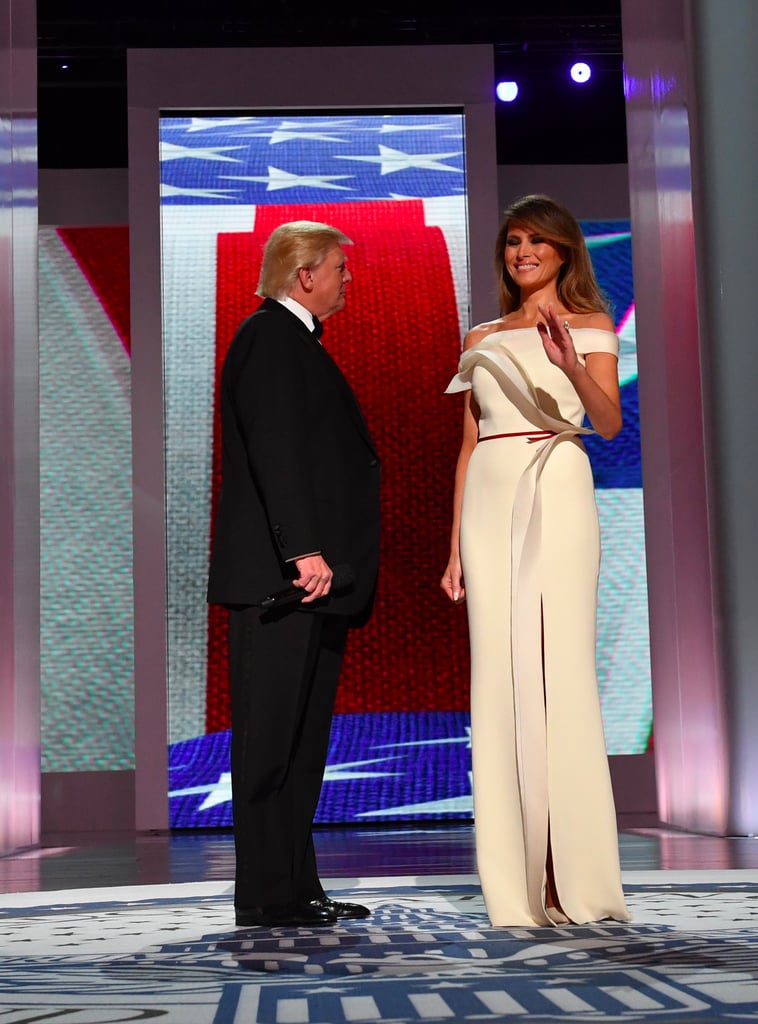 Designer Hervé Pierre, who formerly worked at Oscar de la Renta and Carolina Herrera when he first arrived in New York, is now focused on projects of his own. Pierre talked to The New York Times about one of his most important tasks: dressing Melania Trump. It was his role to design her 2017 Inaugural gown, a sleek but statement-making number that set the tone for her future wardrobe.

While Hervé isn't behind every one of Melania's often controversial looks, he does maintain a routine when it comes to their collaboration. "I do a bit of styling with [Melania], but it's not really my forte. What interests me in this relationship is not just finding pretty clothes — a lot of people can do that. It's more about the legacy of this woman. Everybody has a different reaction to what she's wearing . . . If I have to go to D.C., I go, but if she's at the tower, it's not very far to walk. She doesn't need me all the time, so there are other things to do."

Hervé also revealed where he shops first when choosing a new ensemble: "My favorite place to shop — actually, there is none because each time it's a good experience. I go to Bergdorf, I go to Saks. Michael Kors, Dior. What is challenging is when I cannot say what it is for. I always ask: 'Was it already on the red carpet? Did somebody already wear it?' Because I don't want her to be on the 'Who Wore It Better' list."

Read on to find out a little more about Hervé's most iconic projects and what it's like to join forces with Melania before a very big event.