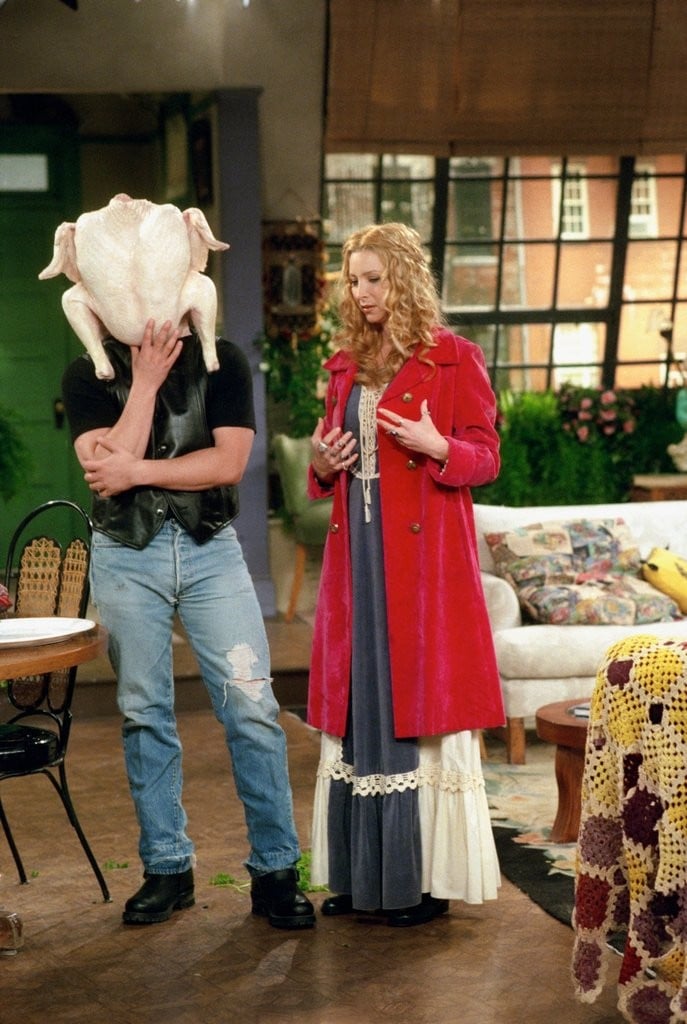 Phoebe Buffay Is the Most Daring Dresser of the Friends Group — Sorry, Rachel Green

We all know Jennifer Aniston's Friends character is a style icon. Rachel Green pretty much lives and breathes the fashion world. But there is one other lady of the group who is a trendsetter in her own right: Phoebe Buffay. She has a quirky and funky taste in clothes, which suit her hilarious personality, and she never wears something just because it is "trendy." In fact, she'd probably rather pick up something one-of-a-kind at a nearby thrift shop.

Her unapologetic bohemian style is what makes her special, and though we love Rachel to death, Phoebe is actually the most daring dresser of the group. She's never met a print or color she wouldn't try wearing, and we have the photos to prove it. Reminisce about her most memorable outfits (and we apologize in advance if this makes you want to watch Friends reruns on Netflix tonight).

Related:
16 Phoebe Buffay Quotes to Always Have in Your Back Pocket
Previous Next Start Slideshow
NostalgiaLisa KudrowFriendsThe '90sScreen Style

Decor Shopping
A Vintage Barbie Wallpaper Collection For Adults Is Here, and It's So Beautiful
by Haley Lyndes 3 days ago

Netflix
Jamie Lee Isn't Just The Wedding Coach: She's the Best Dressed Guest. Get Details on Every Look!
by Sarah Wasilak 3 days ago

Nostalgia
We Uncovered Disneyland's Chimichanga Recipe, So Who's Ready For Breakfast?
by Lauren Harano 4 days ago

Nostalgia
The Serpent: How to Steal Monique's Sultry and Bohemian '70s Style
by Kara Kia 4 days ago