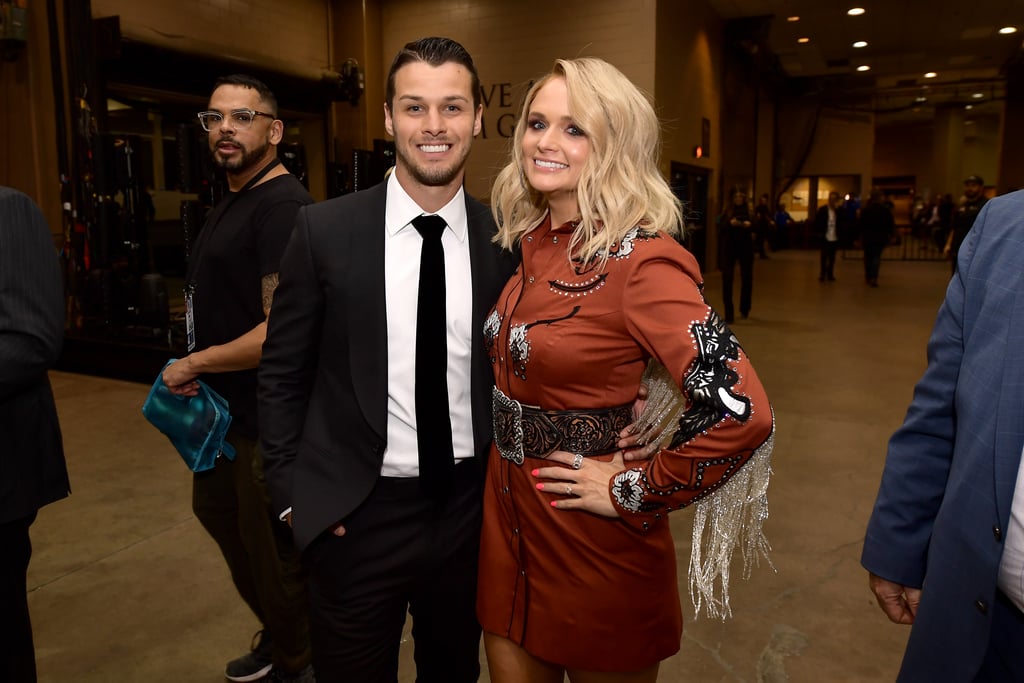 ICYMI, country superstar Miranda Lambert is married, and she's got the gorgeous ring to prove it! After splitting with Blake Shelton in 2015, Miranda went on to date musician Anderson East and singer Evan Felker before surprising us all by settling down with NYPD officer Brendan McLoughlin in February 2019. While she announced her marriage to Brendan over a month ago, Miranda hadn't worn her engagement ring out in public until now — and just look at those diamonds!

Miranda attended the Academy of Country Music Awards and we finally caught a glimpse of her vintage rose gold ring. Set with a pink diamond in the center, the ring is surrounded in a halo of what look to be pavé diamonds and diamond-encrusted bands stacked on either side of the ring. Nice choice, Brendan! Get a closer look at Miranda's ring and shop similar styles ahead.

by Navi Ahluwalia 21 hours ago