Michelle Yeoh arrived at the Golden Globe Awards this week sporting a very important (and very recognizable) piece of jewelry. While walking the red carpet on Sunday night, many fans on social media were quick to point out the actor's subtle tribute to her Crazy Rich Asians character, Eleanor Young, which she paid by accessorizing her green leather Shiatzy Chen gown with the same emerald ring that Eleanor wears in the movie.

Spoiler ahead. In the film, the ring is a family heirloom that Eleanor gives to Nick (Henry Golding) before he proposes to Rachel (Constance Wu), and she's seen wearing it in multiple scenes throughout. But the ring itself is more than just a prop — according to Buzzfeed News, it's actually a part of Michelle's personal jewelry collection that she opted to film with because she wasn't a huge fan of the original ring that the movie's production team designed for her. Read ahead to see more photos of Michelle's red carpet ensemble and a close-up of the ring. 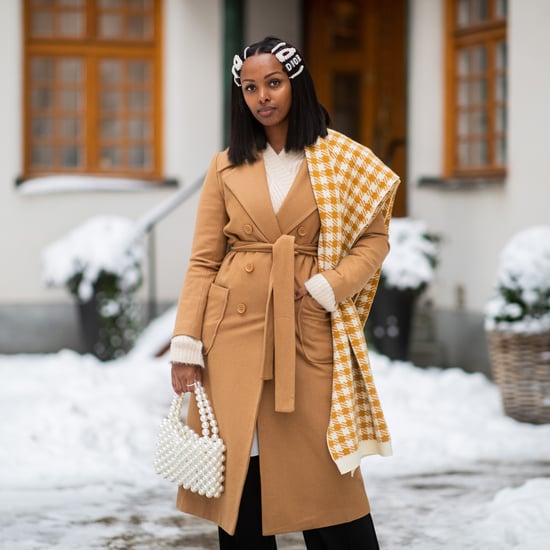 Blake Lively
Blake Lively Is Wearing Shorts in Winter — Did She Do It For the Gossip Girl Reference?
by Sarah Wasilak 20 hours ago