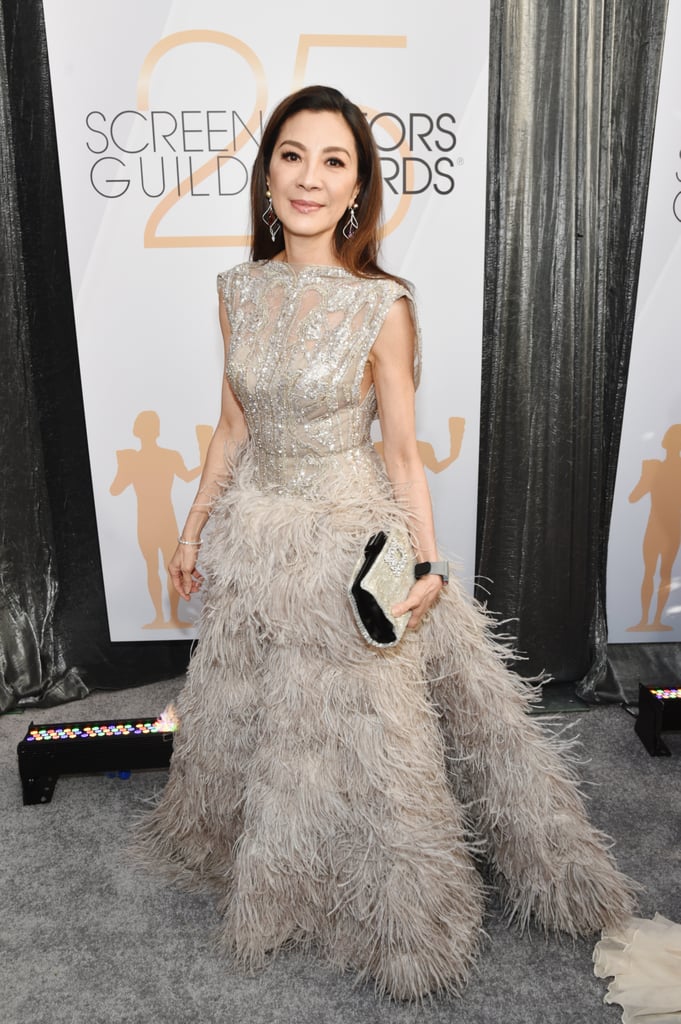 If award season has taught us anything so far, it's that Michelle Yeoh has an insane jewelry collection. At the Golden Globe Awards, the iconic actress wore the emerald ring at the center of Crazy Rich Asians, and revealed that it is, in fact, her own. At the Screen Actors Guild Awards on Sunday night, Michelle wore quite the expensive watch by Richard Mille — and yep, that one is hers, too.

Richard Mille is a luxury Swiss watch brand with pieces that can cost millions of dollars, and often surpass six figures. The brand also has a long list of celebrity ambassadors, including Michelle, who previously designed the RM 051 watch. At the SAG Awards, however, Michelle wore a different Richard Mille watch to go with her feathery champagne-colored gown. See photos of the accessory ahead.

Celebrity Instagrams
That's My Best Friend: Saweetie's Pink Tie-Dye Sweatsuit Can Be Yours For $154
by Chris Roney 2 days ago

Billie Eilish
Yes, Billie Eilish's Futuristic Boots Are Out of This World
by Nikita Charuza 2 days ago

Anne Hathaway
Why Yes, Queen Anne Hathaway Dressed to the Nines For Her Virtual Movie Premiere
by Victoria Messina 3 days ago