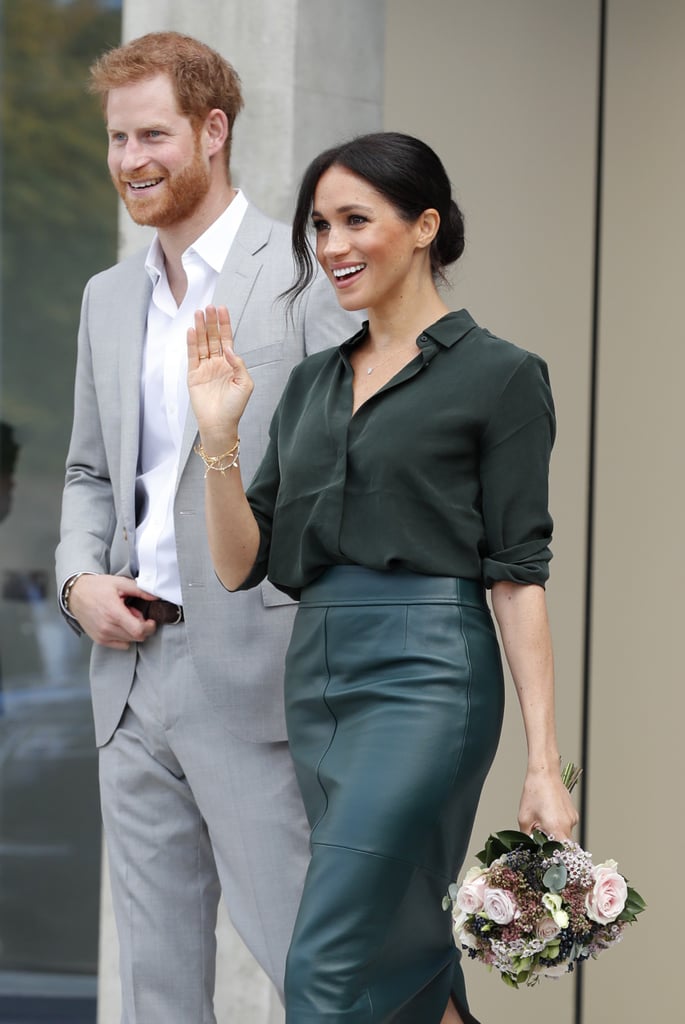 Meghan Markle Is Reportedly Saving This Very Special Jewelry For Her Daughter, and We're Tearing Up

Meghan Markle announced that she's pregnant with her first child with Prince Harry. While the couple hasn't announced whether they are expecting a boy or a girl next Spring, it turns out that the Duchess of Sussex already has an heirloom waiting, and we're tearing up. Back in 2015, Meghan reportedly revealed to Hello! that she's been saving a piece of jewelry for her future daughter.

"I've always coveted the Cartier French Tank watch. When I found out Suits had been picked up for our third season — which, at the time, felt like such a milestone — I totally splurged and bought the two-tone version." She also revealed that the watch has a sweet message "To M.M. From M.M." engraved on the back. "I plan to give it to my daughter one day. That's what makes pieces special, the connection you have to them," she told the magazine.

Another fun fact? Prince Harry's mother, Princess Diana, also owned a Tank watch. If you're interested in buying a similar two-tone watch as Meghan's, prepare to shell out upwards of $9,100. Read on to get a closer look at the stunning piece and see pictures of Meghan wearing the watch ahead.

Selena Gomez
No, Selena Gomez's Dress Did Not Come With a Glowing Heart — Actually, It's Attached to Her Leg
by Sarah Wasilak 4 days ago

Bindi Irwin
Bindi Irwin Re-Created a Sweet Moment From Her Parents' Pregnancy, and It's So Touching
by Yerin Kim 6 days ago

Kamala Harris
Kamala Harris Is Busy Chuckling Over This Impeachment Joke, but We're Busy Staring at Her Socks
by Karenna Meredith 1 week ago