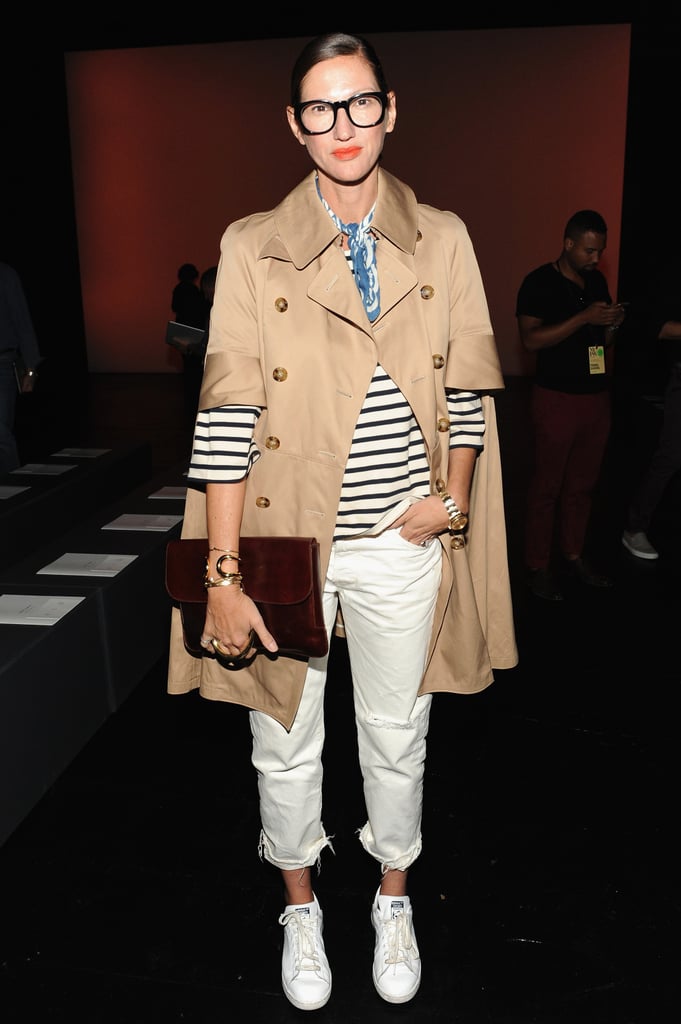 After 26 years at J.Crew, President and Executive Creative Director Jenna Lyons is leaving the brand.

"It has been beyond my wildest dreams to work with such an amazing team of people at such an incredible brand and alongside Mickey — one of retail's most talented visionaries," Jenna said in a statement from the brand. "I am excited about the next chapter for J.Crew as well as the opportunity for other creative leaders within the organization to step up and take on new responsibilities. Having spent the better part of my life with J.Crew, I feel an immense pride and love for everyone at the company."

The creative mastermind is known for her "borrowed from the boys," look and it was her personal style that influenced the designs season after season at J.Crew. It's no secret she loves mix-and-match pairings and sequins. Just a glance at the current Fall 2017 collection and you'll feel Jenna's spirit. While the brand won't be replacing her, Somsack Sikhounmuong, who is currently head of women's design, will be promoted to chief design officer. For now, Jenna will serve as a creative adviser until her contract ends in December.

If you're as distraught as us over this news, scroll on to see some of Jenna's signature outfits — they'll offer some solace.

Fashion News
Dua Lipa's Sister Made Her Fashion Week Debut, and a Star Is Born
by Nikita Charuza 4 days ago

Fashion News
Yes, Tommy Hilfiger Is a Real Person, and We Have the Photographic Evidence to Prove It
by Chanel Vargas 5 days ago