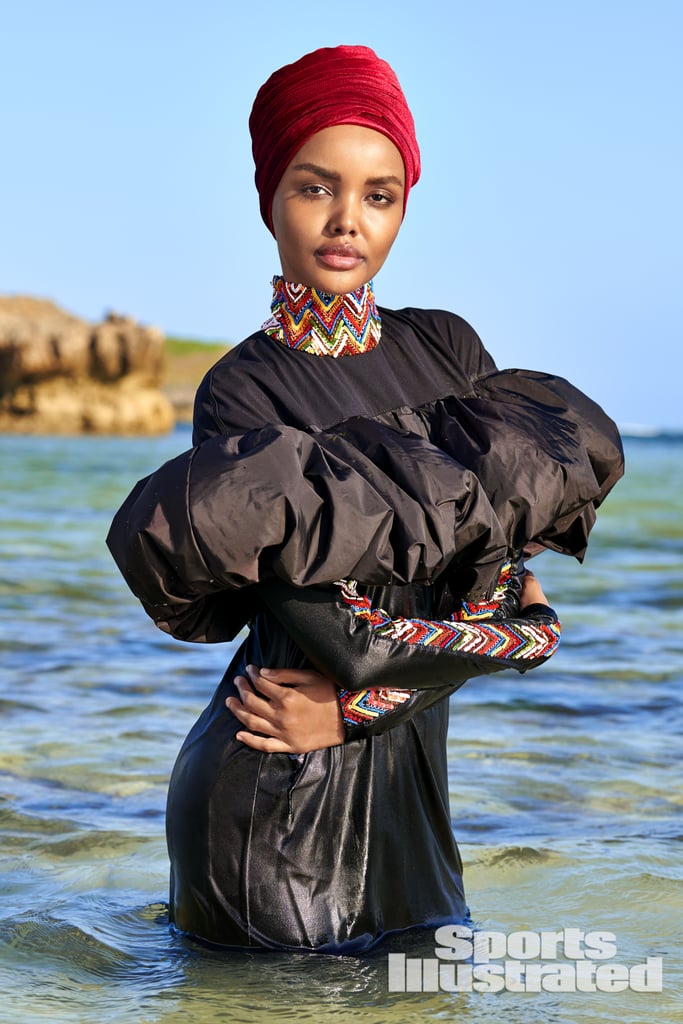 RIP to boundaries, because Sports Illustrated is breaking down all of them with its annual Swimsuit Issue. This year's edition is set to feature its first Polynesian model, Veronica Pome'e, in addition to 53-year-old icon Paulina Porizkova, and now the magazine is announcing its latest boundary-breaker: Halima Aden. The Muslim model will make history in the 2019 issue as the first to grace the publication's pages in a hijab and burkini. And, boy, does she look stunning!

Halima traveled to her birth country of Kenya for the photo shoot, wearing custom-made burkinis by Cynthia Rowley and No Ka'Oi while posing on Watamu Beach for photographer Yu Tsai. While reflecting on the accomplishment in a Sports Illustrated video, the Somali-American model expressed excitement to represent modest Muslim women. "Growing up in the United States, I never really felt represented, because I never could flip through a magazine and see a girl who was wearing a hijab," she said.

The 21-year-old model initially made waves back in 2016 when she became the first woman to proudly wear a hijab and burkini in the Miss Minnesota USA pageant. Since then, she's gone on to sign with IMG Models, be the cover star of British Vogue, and own the New York Fashion Week runways like an old pro. Keep reading for a sneak peek at her gorgeous, history-making Sports Illustrated debut, and be sure to pick up a copy of the magazine when it hits newsstands on May 8.

Fashion News
#PullUp For These Fashion Brands, Because They're All Giving Back to the Black Community
by Sarah Wasilak 2 days ago