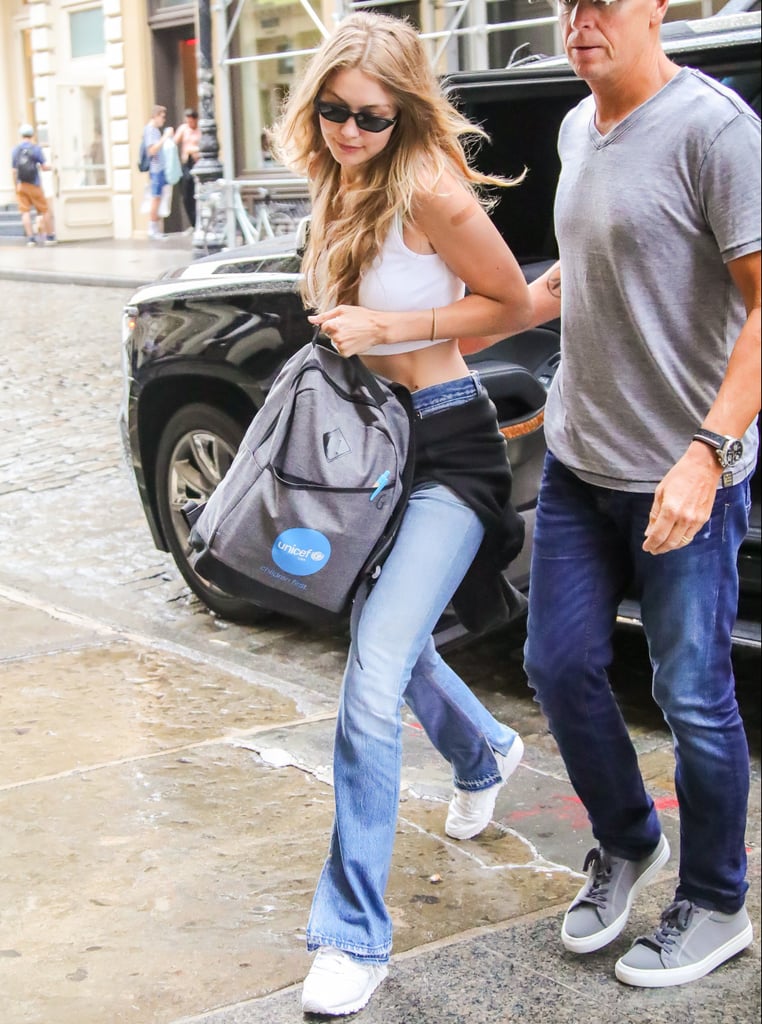 Are they back? Could they be!? These are the thoughts that ran through my head when Gigi Hadid stepped out in NYC wearing the distressed flares of my 2002 dreams. They have little snippets at the ankle, all to better show off her chunky platforms and that signature fade at the hem any girl would recognize from Limited Too's archives. These jeans, designed by Trave, are slightly low-slung, and, when worn with a micro top like Gigi's, they are the focal point of the outfit.

Personally, I became obsessed with them while watching Mary-Kate and Ashley Olsen in Holiday in the Sun as they climbed aboard the private yacht in the last scene to find "the evidence," their dark-wash bell bottoms trailing all the while. MK and A also wore similar styles in Getting There, which was released in 2002, even trying out the same silhouette in corduroy. But you can't bring up such denim without referencing Britney Spears, who owned her fair share in the exact same cut.

I don't know about you, but I plan to fully embrace this resurgence, and Gigi and I aren't alone. Victoria Beckham must've had an inkling and rocked a pair with a white tee during Fashion Week in 2017 and CR Fashion Book editor Carine Roitfeld recently shared her own roughed-up iteration on Instagram. Even Kylie Jenner is a fan! Scroll to backtrack on these jeans you so obviously need for Fall 2018, then shop some of our favorite picks that are beginning to hit the market. 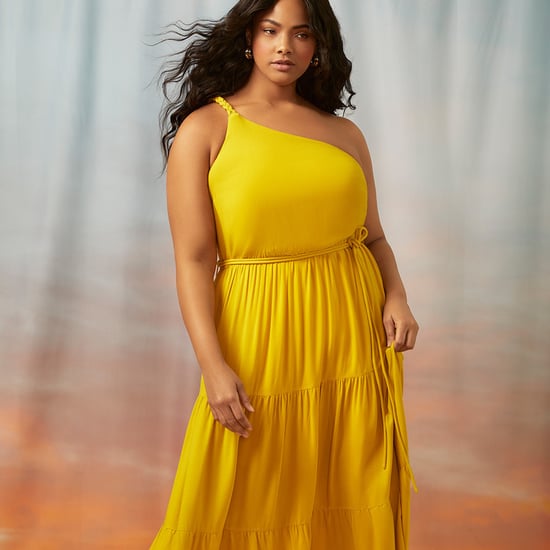 Summer Fashion
These 13 Dresses Won't Wrinkle, So You Can Put Your Steamer Away
by India Yaffe 15 hours ago 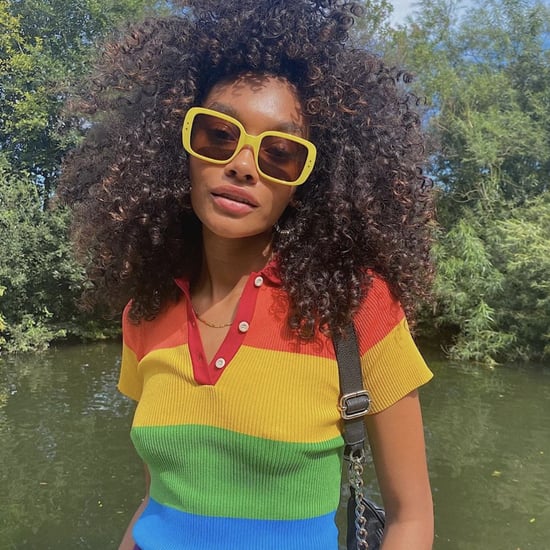 Nostalgia
Get Ready to Relive Your Childhood, Because The Ren & Stimpy Show Is Getting Rebooted
by Grayson Gilcrease 1 day ago

by Kelsie Gibson 48 minutes ago