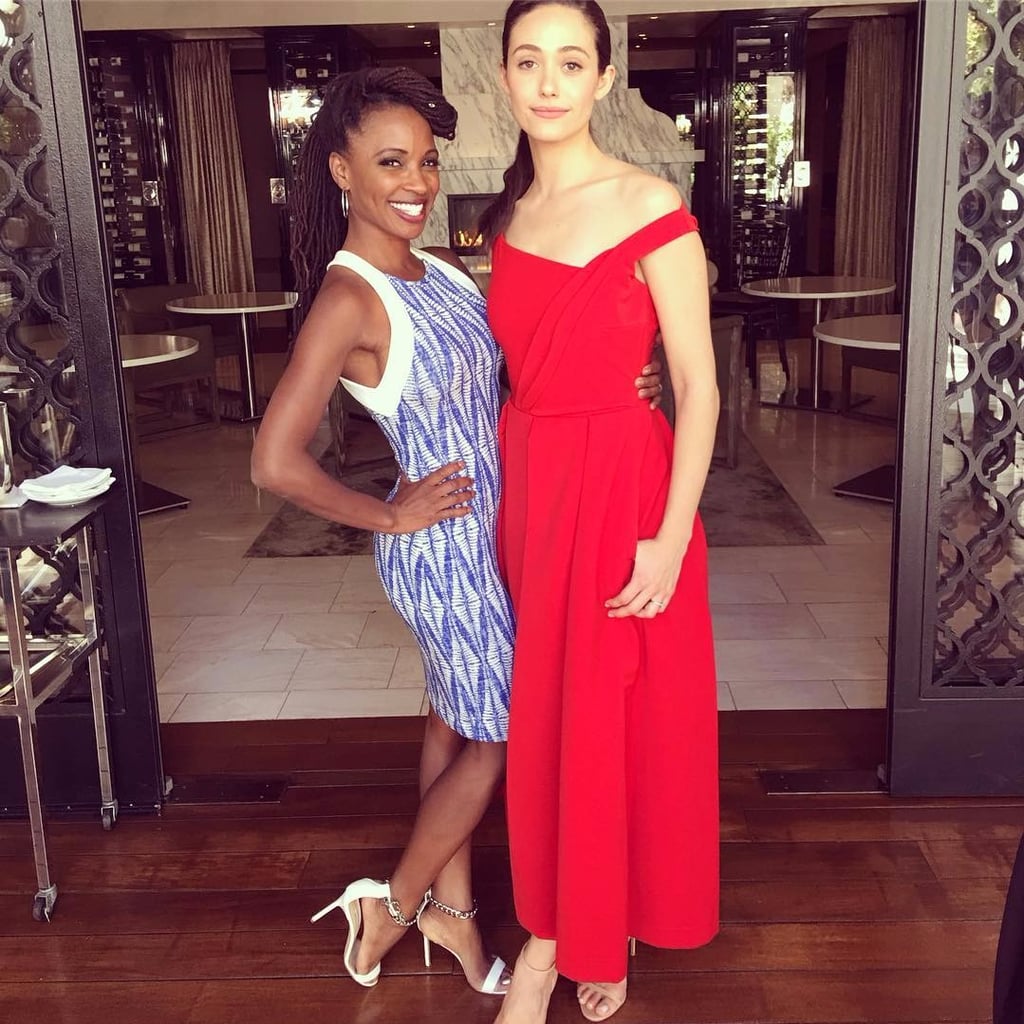 Emmy Rossum Wore This Dress Days Before Kate Middleton, but You'd Never Know From the Way She Styled It

When Kate Middleton stepped out in a red Preen dress during her trip to Canada, our mind immediately went to Princess Diana. The design was supersimilar to something the late royal wore back in 1995 that we considered it a tribute, but little did we know, the pleated midi was actually a style-star favorite. It turns out that Kate wasn't the first to wear this feminine piece: Emmy Rossum rocked it mere days before the duchess while celebrating her bridal shower.

Instead of opting for drop earrings, adding a pin, and wearing matching red shoes, the actress went simple with the styling. In fact, Emmy added zero little extras — except for her stunning engagement ring — and completed her look with neutral, beige sandals.

See how Kate and Emmy wore this stunning piece ahead, then shop it in black for yourself if you're so inclined.

Emma Roberts
Emma Roberts Introduces Us to a Made-to-Order Face Mask Brand — BRB, Customizing My Own
by Sarah Wasilak 1 day ago

Gwen Stefani
Gwen Stefani's First Wedding Dress Was Dip-Dyed Pink — What Will She Surprise Us With Now?
by Sarah Wasilak 2 days ago