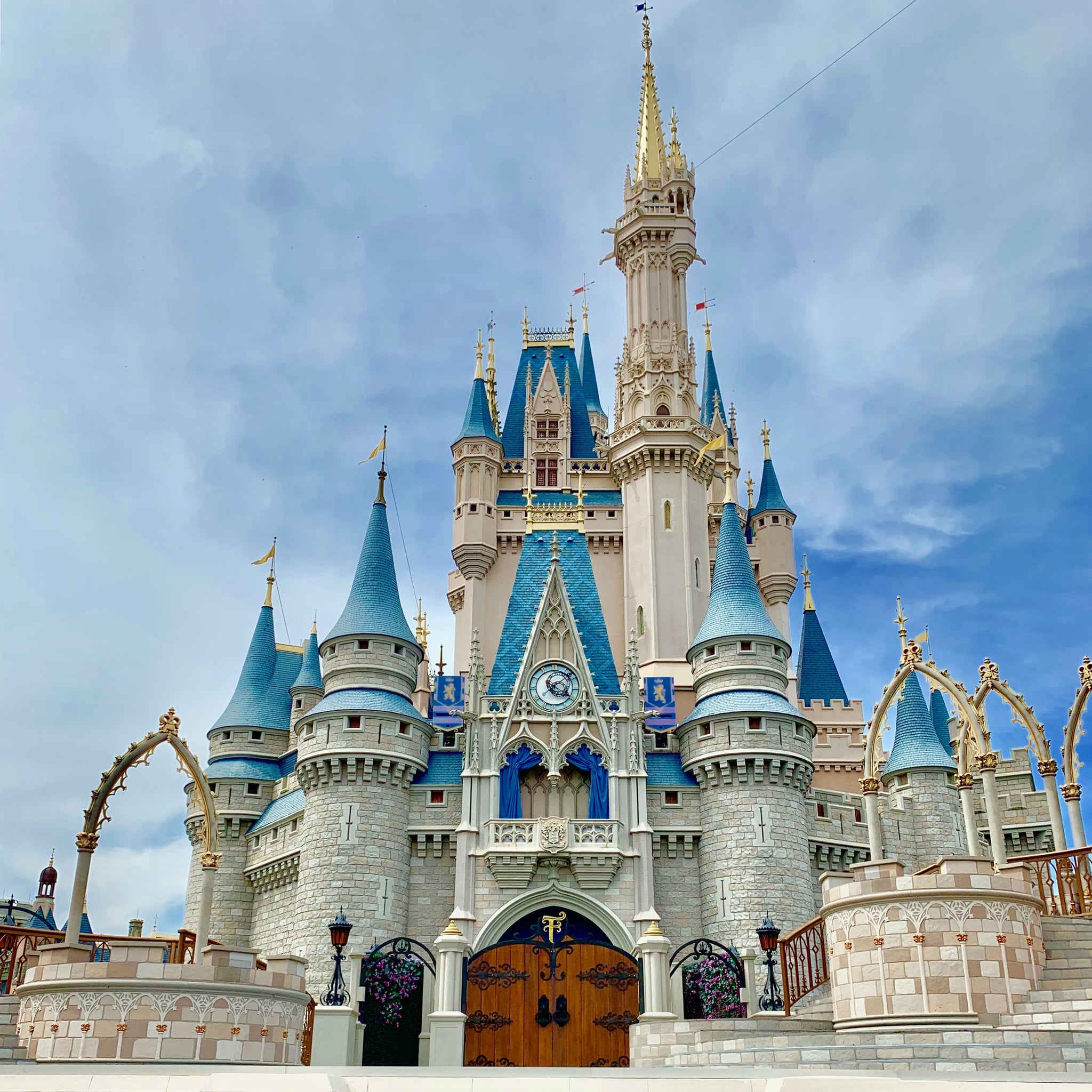 Disney parks around the world have been shuttered for months in order to slow the spread of the novel coronavirus, and many Disney fans are wondering when they'll next be able to bite into a Mickey waffle or take a selfie with Cinderella. On March 5, California governor Gavin Newsom announced new rules that would allow Disneyland to reopen as early as April 1, though the park has yet to share an exact date.

According to the state, theme parks can open at 15 percent capacity as Orange County is expected to move into the red tier, California's second-highest risk level, in April. "We can't wait to welcome guests back and look forward to sharing an opening date soon," said Ken Potrock, president of Disneyland Resort, in a statement. "We are encouraged that theme parks now have a path toward reopening this spring, getting thousands of people back to work and greatly helping neighboring businesses and our entire community," he continued.

Based on this information, updated business guidelines, and conversations that POPSUGAR had with a New York City pediatrician and a Disney travel planner, here is everything we know so far about when Disney World and Disneyland will reopen and what they may look like when they do.

Related:
How and When Will Schools Reopen? Experts Outline the Possible Scenarios

When Will Disney World Reopen?

Disney World was back in business July 11, after announcing on May 27 that they were planning for a phased reopening. Magic Kingdom and Animal Kingdom reopened July 11, while Epcot and Hollywood Studios reopened July 15. Much like Shanghai Disneyland, the parks opened at a lower capacity to start, and guests are required to wear a mask and have their temperature checked before entering the parks.

Select shops and restaurants in Disney Springs are currently open, in accordance with guidelines laid out for the reopening of other businesses in Orlando, FL, as reported on May 7, 2020. On May 14, The Hollywood Reporter reported that opening Disney retail shops (like the World of Disney Store) and Disney eateries will be the second phase of reopening Disney Springs. Those shops will resume operations seven days after the May 20 date, on May 27. Guests and employees will be required to wear masks, and there will be "limitations on capacity, parking, and operating hours."

On Monday May 19, Disney issued a COVID-19 disclaimer regarding the opening of the parks that reads: "Upon reopening, theme parks, Disney Resort hotels, restaurants, attractions, experiences, and other offerings may be modified and will be limited in capacity and subject to limited availability or closure based on direction from health experts and government officials to promote physical distancing." It continued to say that "attractions, experiences, services, and amenities may have limited availability or may remain closed." This remains true, as reports say when Disney World begins its reopening on July 11, there will be no parades, firework shows, or character meet-and-greets.

The demand is definitely there, though, according to Mike Rahlmann, a senior travel counselor with The Magic For Less Travel and host of the Be Our Guest WDW Podcast. "We have been doing nightly call-in shows since the quarantine started. We have lots of passionate Disney fans, so they are chomping at the bit to get back to the resorts and theme parks, even if it means in a limited or modified fashion." He also said that the podcast's fans would be fine getting into the parks with modifications like social distancing, decreased capacity, and face coverings.

When Will Disneyland Reopen?

Though Disneyland has not yet shared a reopening date, according to updated California regulations, the park can open at a limited capacity of 15 percent in April. The new guidelines announced on March 5 also state that only people who live in California can buy tickets to the resort. In addition, Disneyland may well implement its own policies before opening doors.

Back on June 10, 2020 according to reporting in The Hollywood Reporter, Disneyland announced plans to to begin a phased reopening on July 9, with theme parks reopening July 17. The plan was for Downtown Disney to reopen on July 9, with hotels aiming to open July 23. However, that plan was pushed back for the theme parks; on June 24 Disneyland announced they would delay the reopening of the park and hotels per California state guidelines. Downtown Disney still reopened as planned on July 9. According to the release from Disney, California planned to revisit the theme park reopening guidelines "sometime after July 4." The company had said it would share a new reopening date once it had a clearer understanding of those guidelines.

What Procedures Will Disney Parks Follow When They Reopen?

Florida's Orange County Economic Recovery Task Force has been hard at work putting together a series of safe reopening procedures for Orlando-area businesses, including its world-famous theme parks. With the announcement on May 27 that Disney World will begin it's phased reopening on July 11, we know that there will be limited park capacity, increased cleanliness procedures, and additional hand-sanitizing stations, as well as a mask requirement, temperature checks, and enforced social distancing procedures. You can read more about those guidelines here.

When Shanghai Disneyland opened on May 11, we were given a glimpse into the options Disney is now implementing in its Walt Disney World reopening. According to a press release, this includes "opening with limited attendance and required advanced ticketing and reservations, accommodating social distancing in queues, restaurants, ride vehicles and other facilities throughout the park, and implementing increased frequency of sanitization and disinfection." With the announcement that these procedures will be in place when Disney World reopens, it's seeming more likely that similar procedures will be in place when Disneyland reopens, though there is currently no formal announcement from the company.

Currently, there won't be any parades, theater shows, nighttime fireworks, or character meet-and-greets, but Disneyland Shanghai is planning a few character experiences that will keep Mickey and Minnie at a safe distance from guests. According to The Hollywood Reporter, none of these measures seem to be deterring Shanghai Disneyland guests, as first-day tickets sold out in minutes.

Should I Go to Disney When It Reopens?

The question of whether you should go to Disney is largely based on whether the guidelines it does put into place would make you feel safe and how they would affect your enjoyment while visiting the parks. Kelly Fradin, MD, a pediatrician in New York City, told POPSUGAR via email, "You must consider whether your concerns about the virus will reduce your enjoyment of your vacation." Dr. Fradin feels confident that "Disney prioritizes the health of its visitors and sanitizes in a very responsible manner," but the decision is ultimately up to you. More vulnerable individuals may also need to consult with their physician and check their state's guidelines regarding travel and physical distancing. Until the parks do reopen, you can always plan a "vacation day" from home with a few virtual rides and delectable Disney treats.

POPSUGAR aims to give you the most accurate and up-to-date information about the coronavirus, but details and recommendations about this pandemic may have changed since publication. For the latest information on COVID-19, please check out resources from the WHO, CDC, and local public health departments.

Family Life
A Flight Attendant Outlined the Best Places For Families to Sit on a Plane, and It's Brilliant!
by Murphy Moroney 1 day ago 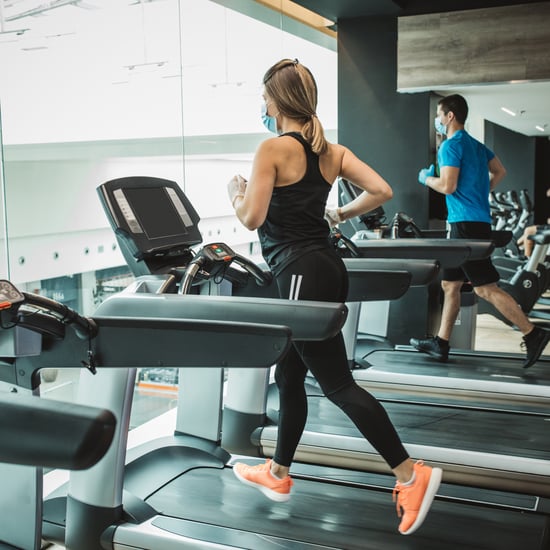 Workouts
Why You Should Be Cautious About Going to the Gym, Even If You've Had the COVID-19 Vaccine
by Caitlin Flynn 2 days ago