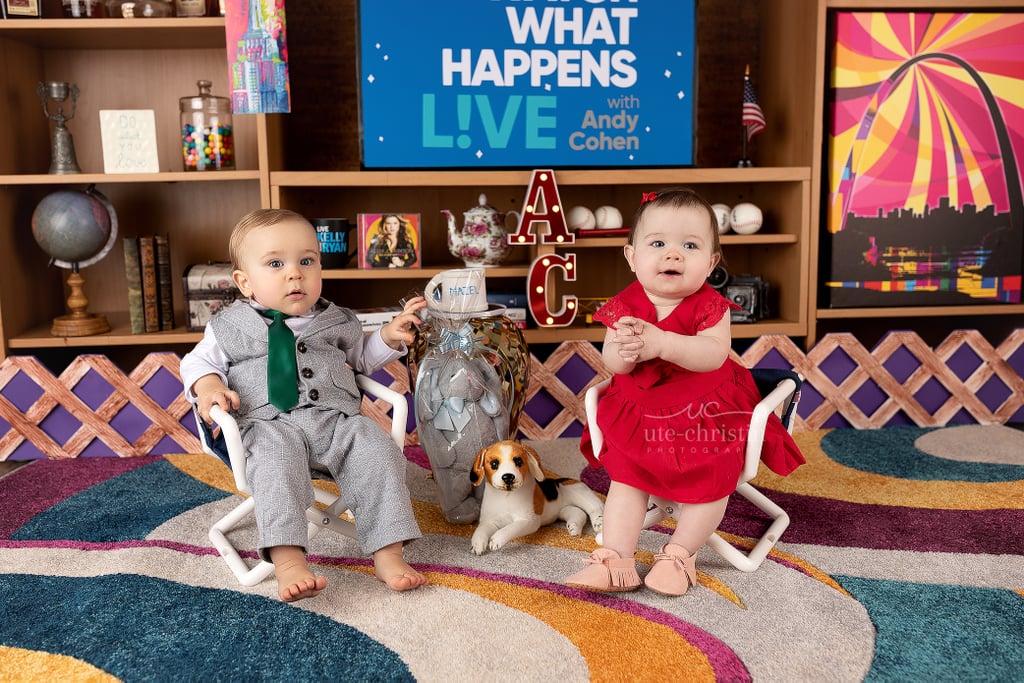 Creating celebrity-inspired cake smashes for babies has truly become Connecticut-based photographer Ute-Christin Cowan's bread and butter. Known for her adorable Ellen DeGeneres photo shoot, she recently opted to take on another beloved talk show as a photo shoot theme: Bravo's Watch What Happens Live, hosted by Andy Cohen. Ute-Christin shared how one of her Bravo-obsessed clients gave her her biggest professional trial yet, and the photo results are everything.

"Isla's mom Courtney reached out to me after she saw the other celebrity cake smashes I had done online," Ute-Christin told POPSUGAR. "She is a huge Bravo fan and loves Andy, and therefore, wanted her daughter to be a mini Lisa Rinna, since she's a regular guest on his show. When Courtney told me her vision, I based everything around an image of Andy and Lisa that I found online. It was so much fun to re-create the setup, and was probably the most challenging one yet. He has a lot of things on his set!"

Believe it or not, the photo shoot — which also featured another baby dressed as Andy — even caught Andy's eye! In a recent episode of Watch What Happens Live, he gave Ute-Christin's work the "Mazel of the Day." Sweet, right? Ahead, get a look at this adorable shoot that will win any tried-and-true Bravo fan's heart.

Related:
Andy Cohen Is Crushing Life — and Single Fatherhood — Just Ask Him
Previous Next Start Slideshow
BabiesPhotographyWatch What Happens Live
Around The Web