Rhythm Pacheco, a fourth-grade student from Murray, UT, recently took a stand against an offensive math problem that asked her to compare girls' weights. The question she encountered while doing her homework read: "The table to the right shows the weight of three grade 4 students. How much heavier is Isabel than the lightest student?" After calling over her mom, Naomi, to show her what the assignment said, Rhythm noted how troublesome the question is.

"I was shocked, honestly," Naomi told Fox News 13. "I feel like it's such an irresponsible way to teach children how to do math."

Related:
The Internet Is Losing Its Sh*t Over This Second Grade Math Problem

Despite being nervous she'd get points taken off, Rhythm decided against answering the question. "I thought it was offensive," she said. "I didn't like that because girls shouldn't be comparing each other. I know it was a math problem but I don't think that was really okay . . . I don't want to be rude, but I think that math problem wasn't very nice, I thought that was judging people's weight."

On her assignment, she opted to circle the question and wrote, "What! This is offensive! Sorry I won't write this it's rude!" The issue was raised with Rhythm's teacher, who agreed it wasn't especially kind. "Her teacher was so responsive and spoke to her about it and supported her decision," said Naomi. "This isn't about the teacher, the school, or anything — we love our school and our community. What it's about is children being taught this everywhere, that it's okay to make direct comparisons with weight."

Eureka Math, the company that provides common core educational materials to Rhythm's school district, released a statement regarding the questionable math problem: "User feedback is a vital part of our culture; we are grateful to receive constructive feedback from students, teachers, and parents alike," said the statement. "We apologize for any discomfort of offense caused by the question. Please know that we will replace this question in all future reprints, and suggest that teachers supply students with an appropriate replacement question in the interim." 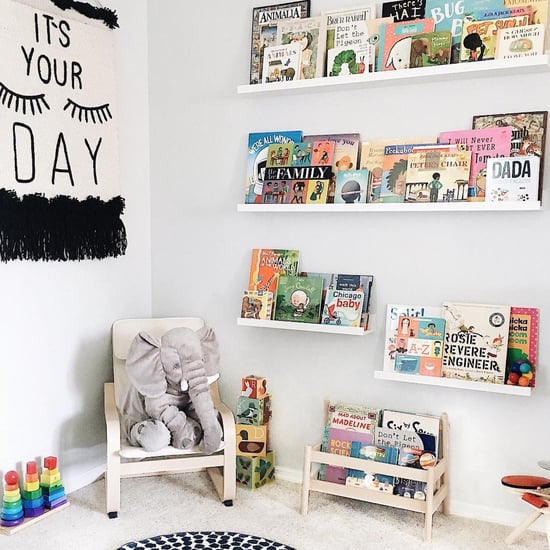 Little Kids
I've Tried Countless Snack Containers, and This One Solves the Most Problems
by Kate Schweitzer 1 day ago

Kid Parties
Bullseye! An 8-Year-Old Is Going Viral For Her Next-Level Target Birthday Party
by Karenna Meredith 1 week ago