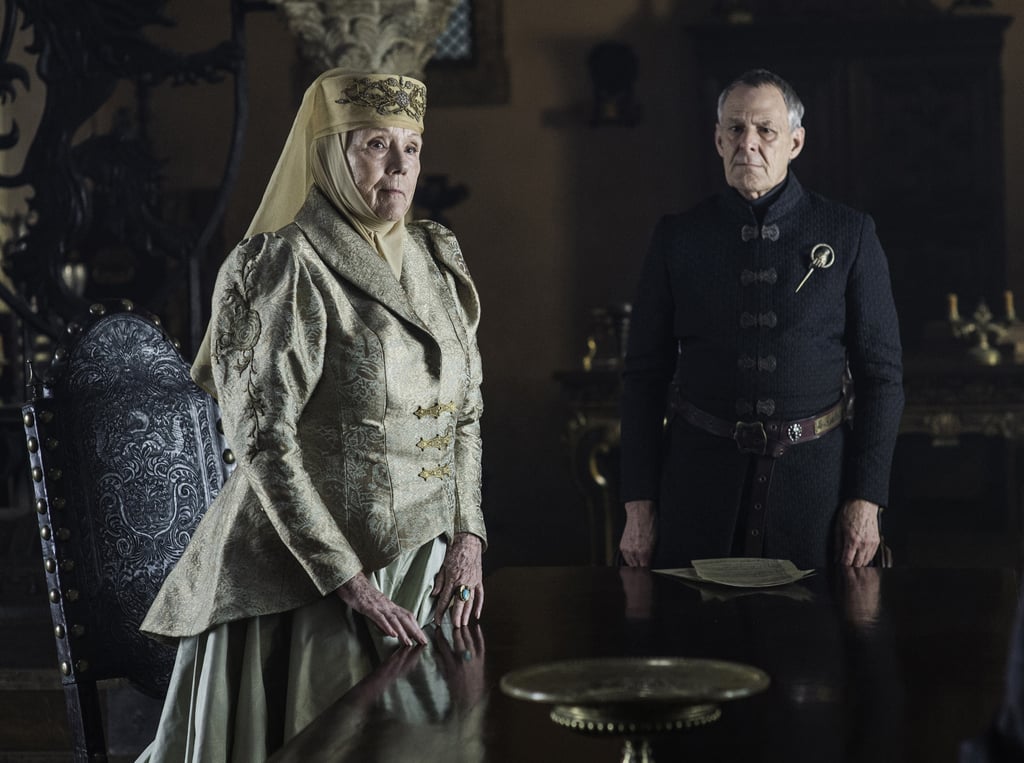 If there's one nonnegotiable fact in this show, it's that Olenna Tyrell is the pinnacle of the term boss lady. For starters she's the matriarch of her family and takes absolutely zero sh*t from the Lannisters, securing her place in second.

She's quick as a whip and loyal AF to her grandkids — she literally moved to King's Landing when her granddaughter Margaery got engaged — talk about dedication. And when Joffrey, Margaery's intended, turns out to be nothing less than a sadistic monster who used a crossbow to kill a prostitute just for sh*ts and gigs, she puts a swift end to the nonsense by killing him at his own wedding without anyone ever finding out it was her. If that's not coy, not sure what is.

Oh, and the real kicker? She sets up Margaery up with Joffrey's much nicer brother Tommen right after the fact like the true legend that she is.

Awesome side note: Olenna also turns out to be completely cool with the fact that her grandson Loras is gay, which also warrants brownie points.

Babies
Shawn Johnson's Advice to New Moms on Formula Feeding: "Don't Stress About It"
by Murphy Moroney 8 hours ago

Schitt's Creek
Etsy Is Selling Schitt's Creek Prayer Candles, and We Want All of These Bebes
by Emily Weaver 8 hours ago

Home Decor
This Only Child Candle "Smells Like an Imaginary Friend," and LOL, the Truth to This
by Chelsea Dolan 11 hours ago