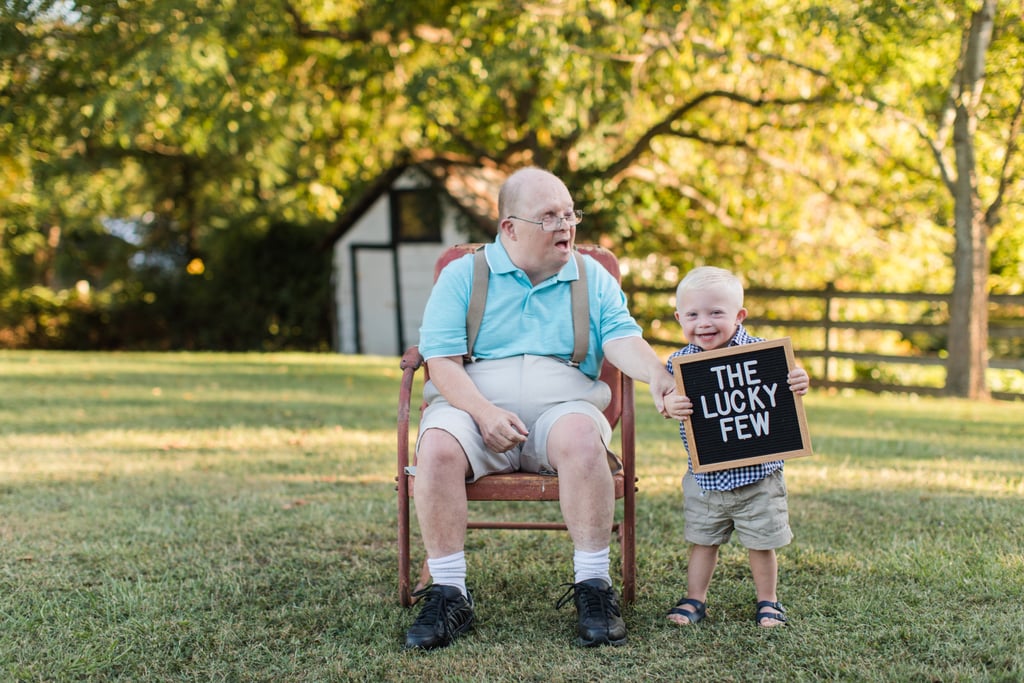 When Virginia-based photographer Brittany Cook learned that a woman wanted to facilitate a photo shoot of her 65-year-old uncle Buddy — who has Down syndrome — she couldn't think of a better way to spend her afternoon. After getting all her gear together, Brittany set out to meet Buddy and learned upon arriving that it was the man's birthday, making the photo shoot extra special.

"Buddy is originally from the Virginia area, however, when his parents passed away, he moved to Florida with his sister," Brittany told POPSUGAR. "He was coming back to town to visit family. And because his health is declining, his niece mentioned to a friend that she would love to have some photos taken of him. This friend reached out to me and asked if I could do this session for them. Of course, I said I could."

For Buddy's family, the photo shoot is especially empowering. Because his parents were told that Buddy wouldn't live past his first birthday, hitting the 65-year milestone is more than a huge deal. While the shoot's original concept was thoughtful enough, Buddy's niece reached out to a little boy named Sutton who also has Down syndrome to stop by so they could pose for a few pictures together. Obviously, the results are beyond sweet.

"The night before the session, Sutton's mom — who's actually a friend of mine! — messaged me and said that Buddy's niece had invited them over to meet Buddy and would love to have his and Buddy's picture taken together," Brittany said. "I had no idea that it was Buddy's actual birthday until I arrived. It was such a last-minute shoot!"

Scroll through to get a look at Buddy's beautiful birthday photo shoot, which is now going viral.

Related:
These Photos of Babies With Down Syndrome Prove That They "Grow Up Like Everyone Else"
Previous Next Start Slideshow
PhotographyDisabilityTouching StoriesDown Syndrome
Around The Web

Holiday Entertainment
Cheerios Re-Created Its Touching 1999 Holiday Ad in 2020 With the Same Actors!
by Alessia Santoro 4 weeks ago