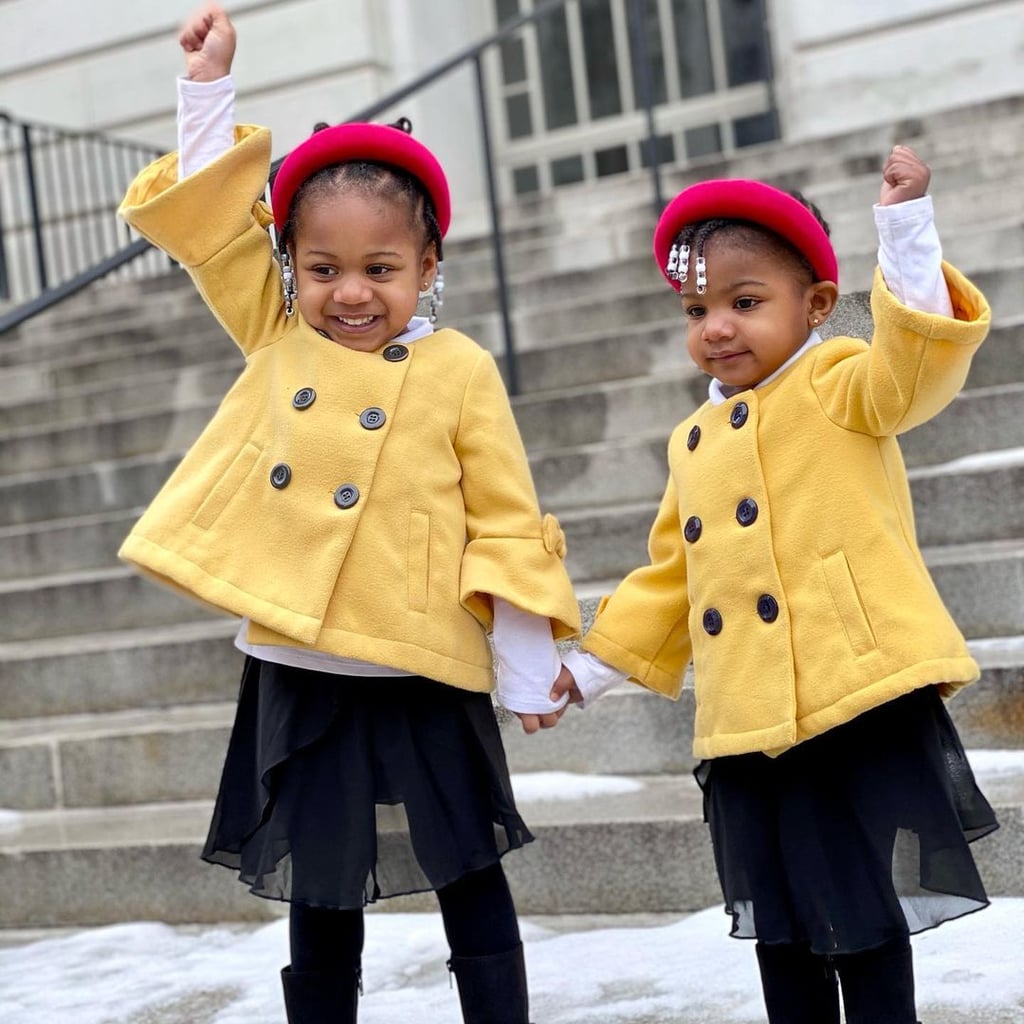 Karington and Kaidence Dressed Up as Amanda Gorman

Jalen and Keyonna Seawright, parents from Michigan, have always honored the important work of the Black heroes who came before them. Now that they have two daughters — Karington, 3, and Kaidence, 2 — they want to pass this meaningful history on to their kids. Rather than exclusively reading them books or showing them videos, Jalen and Keyonna have begun dressing their little ones as important figures who have impacted Black history.

"Growing up, I went to a small traditional Black church, and every February, we would put on a Black history program where we as kids would dress up as a famous African American and tell the church about the person," Jalen told POPSUGAR. "I wanted my kids to engage in a similar way, too! But with COVID-19, we had to get creative, so we decided to do it from home."

Related:
5 Experts on How to Foster Joy in Black Children

Determined to get their daughters interested in Black history at young ages, Jalen and Keyonna explored educational activities they could do at home, planned themed crafts, and — after both thrifting and buying a few things from Amazon — put together the kids' dress-up outfits.

"I really wanted them to begin to engage with the success of Black women, specifically."

"I really wanted them to begin to engage with the success of Black women, specifically, at a young age," Jalen explained. "So we decided to start with some of the more well-known figures, like Rosa Parks. We dressed them up as different figures both past and present and take them on what we call 'learning adventures' to teach them more about the figure."

Ultimately, Jalen and Keyonna want their daughters to be proud of the women who came before them. "It's extremely important for them to know the reasons why they have these freedoms. They have them because of the Black women who paved the way for them!" Jalen said. "I want them to grow up to be both confident in their abilities and grateful for the women that sacrificed for the freedoms they now enjoy."

Scroll ahead to get a peek at the icons Karington and Kaidence have dressed up as so far!

Fashion News
Yes, We're Still Talking About Guess's Telfar Handbag Knockoff, Because It Was So Wrong
by Kedean Smith 3 days ago

Sex
How Shan Boodram, a Black Sexologist, Is Changing the Narrative Around Sex For Young Women
by Ayana Herndon 1 week ago