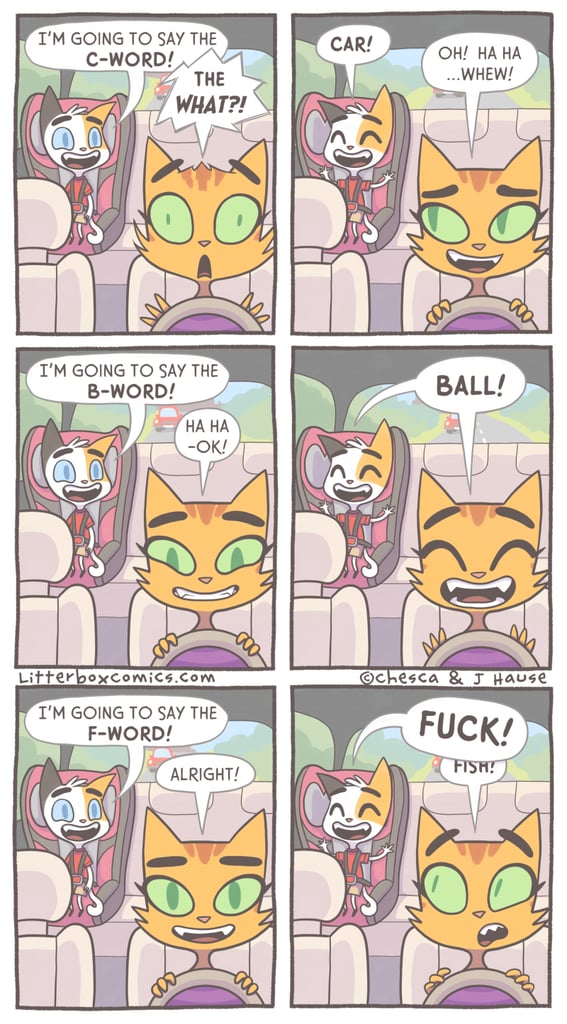 Chesca Hause, an artist and mom of two, can feel inspired from pretty much any ordinary situation parents often find themselves in. The difference between her and most parents, though? She transforms her experiences into hilariously detailed comics that illustrate how downright funny raising human beings can be. Because Chesca depicts her family as cats (how cool, right?!), she appropriately named her illustrations and popular Instagram account Litterbox Comics, and we're obsessed.

"Often it's just something that happens!" Chesca told POPSUGAR regarding how she depicts common family moments in a humorous light. "I have suspicions that our 3- and 6-year-olds might actually be cartoon characters. Almost daily, Hubby and I turn to each other and say, 'Well that's a comic right there!' Once we have a kernel of an idea, we bat it around until we reach maximum funny. It really is a family affair!"

"Once we have a kernel of an idea, we bat it around until we reach maximum funny. It really is a family affair!"

Oddly enough, Chesca can draw a few parallels between her children and the cute four-legged friends she adores. "I'm not sure if it's the hair, the noses, or the boring colors, but I've never liked drawing humans!" she explained. "I toyed around with a few different animals for this, but cats stood out because of the astonishing amount of overlap between cats and kids; bothering mom in the bathroom, wanting to go outside and then back in, going crazy at night, and on and on!"

Along with the hilarious similarities Chesca pointed out, she loves how dynamic cats can be. "I love how much emotion I can squeeze into a cat," she added. "Tail, fur, pupils; you can see the tension building even if the words are still sweet — a situation I often find myself in as a mum!"

Given the circumstances of social distancing, Chesca hopes that parents who get a look at her illustrations feel less alone. "I hope parents who see my work get a virtual hug and a laugh! When your kid is driving you up the wall, there's no better feeling than being able to laugh about it with someone else who's been there," she said. "I get so many comments from people who think I have hidden cameras in their houses and it warms my heart to know that this madness isn't confined to our house!"

Ahead, see some of Chesca's incredible work that will have you nodding your head and mumbling, "Ha, I've been there!" and be sure to check out her Facebook page for more of her work.

Related:
This Hilarious Mom Created a Cubicle Cluster For Her Kids in Online School, and It's So Genius
Previous Next Start Slideshow
Family LifeLittle KidsParenting HumorComic Books And Graphic NovelsMotherhood
Around The Web

Jimmy Kimmel
A 5-Year-Old Accidentally Bought a $197 Banana Pillow From Amazon, and What a Purchase!
by Murphy Moroney 2 days ago

Holiday For Kids
These Elf on The Shelf Outfits Are Necessary, Because an Elf Needs Options
by Emily Weaver 2 days ago 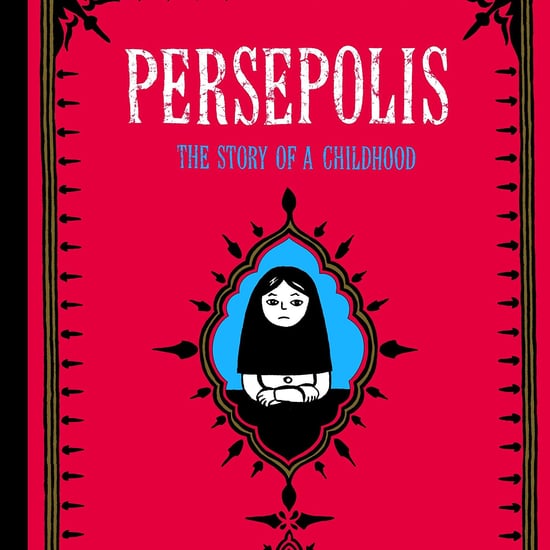 Holiday For Kids
Sick of Christmas Music? Try These Kid-Friendly Holiday Podcasts Instead
by Sarah Felbin 3 days ago