Whether Gabrielle Union is attending a Pride event with Dwyane Wade's 12-year-old son, Zion, or the former NBA player is sharing snaps with love-filled captions about his child to Instagram, it seems like the tween couldn't have a better support system. But recently, the 37-year-old athlete had to come to his son's defense after Gabrielle posted a sweet family picture to social media on Thanksgiving. Although Dwyane, Gabrielle, Zion, and Kaavia look adorable posing together on a set of stairs, some of her followers couldn't help but comment on the tween boy's nails — which were long and painted white — and the fact that he was donning a crop top.

Negative remarks ranged from "Why are they encouraging this at such a young age? It['s] one thing to accept it but . . . damn," to messages that were far more mean-spirited. Fortunately, Zion's father had his back. Rather than keeping mum, the former Miami Heat shooting guard spoke his mind on Twitter about the nasty comments his son — and his and Gabrielle's parenting — was receiving. "I've seen some post-thanksgiving hate on social about my family photo," he wrote on Saturday. "Stupidity is a part of this world we live in — so I get it. But here's the thing — I've been chosen to lead my family, not y'all. So we will continue to be us and support each other with pride, love & a smile!"

Related:
Dwyane Wade Takes His Role as a Dad Very Seriously, and We Have the Photos to Prove It

While there were certainly people with negative things to say, so many others jumped to the couple's defense, including singer-songwriter and LGBTQ+ activist Todrick Hall, who wrote:

The fact that people are commenting on this photo and freaking out over man-made stereotypes. There is nothing in the Bible saying men can't wear crop tops or have a BEAT set of nails. What this kid identifies as hasn't even been stated and people are losing their minds. There are straight men who wear crop tops. Straight men could wear nails if we'd stop putting them in boxes, and guess what? God never said boys should have short hair and not wear pink. We made that up. This comment section is full of unnecessary and unwarranted assumptions from a bunch of ignorant people . . . Let this child wear what he wants to wear, love who he wants to love . . .

Celebrity Couples
Watch Out! Gabrielle Union and Dwyane Wade Almost Get Hit With a Basketball at NBA Game
by Monica Sisavat 19 hours ago

Toddlers
I Treat My Child's Schedule Like I Did My Job's Calendar, and, Hear Me Out, It Works
by Lauren Manaker 3 days ago 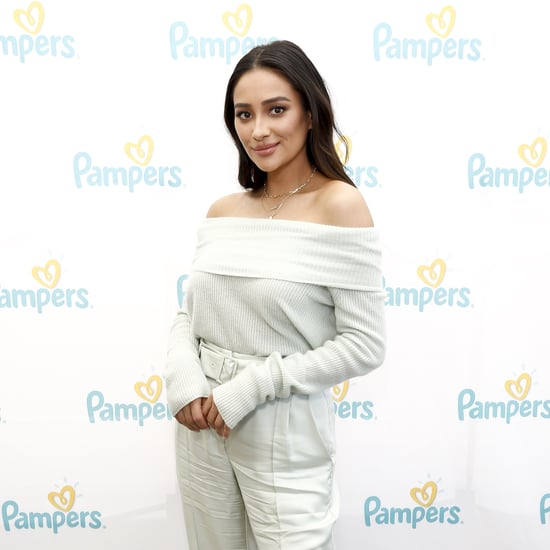