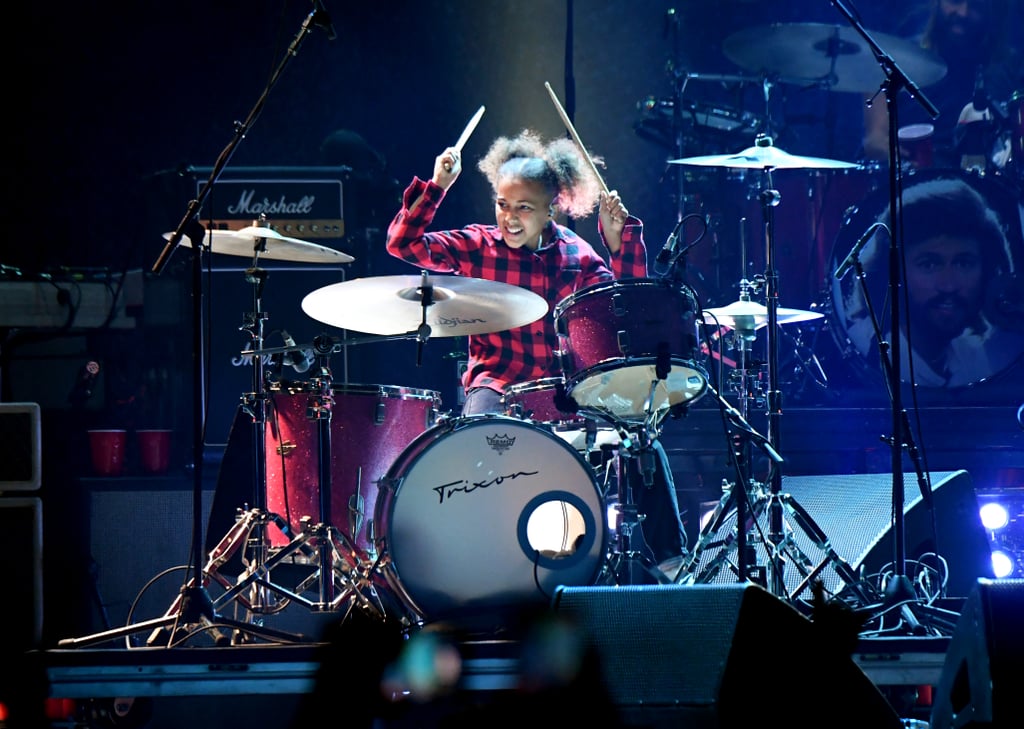 The sweet story of an internet-famous drum prodigy has come full circle. After previously going viral for her cover of Nirvana's "In Bloom," which then sparked a virtual drum battle with Nirvana drummer and Foo Fighters frontman Dave Grohl, 11-year-old Nandi Bushell was asked to perform with the musician during an Aug. 26 concert at The Forum in Inglewood, CA. Nandi tweeted, "It happened!!!" Adding, "I had the best night ever jamming with you."

"I had the best night ever jamming with you."

Nandi joined YouTube when she was just 6 years old. Her first video shows her jamming with her dad, who's playing the guitar. As her skills rapidly grew, so did her audience, with her cover of Metallica's "Enter Sandman" surpassing 600,000 views. (She was 7 years old at the time.) She's since met Lenny Kravitz, been featured in Rolling Stone, and will make an appearance in Disney's forthcoming Cinderella remake.

Preceding their recent onstage reunion, Dave praised Nandi in an interview with The New York Times last year, sharing his thoughts on her viral Nirvana cover. "I watched it in amazement, not only because she was nailing all of the parts, but the way that she would scream when she did her drum rolls. There's something about seeing the joy and energy of a kid in love with an instrument," he said. "She just seemed like a force of nature."

Not only is Dave a fan, but his fans admire her, as well: if you listen closely to the performance video, you'll hear the crowd chanting Nandi's name before she and Foo Fighters launch into "Everlong." Watch the incredible performance ahead.

Music
Chlöe Opens Up About Owning Her Sexuality: "I'm Learning It's OK to Be Who I Am"
by Princess Gabbara 20 hours ago

Halloween
This Spooky Season, I'm Going All Out With "It's Frickin' Bats" Merch, and You Can't Stop Me
by Ashley Ortiz 21 hours ago

The Weeknd
The Weeknd Teases a Collab With Swedish House Mafia, and My Body Is Ready
by Monica Sisavat 21 hours ago