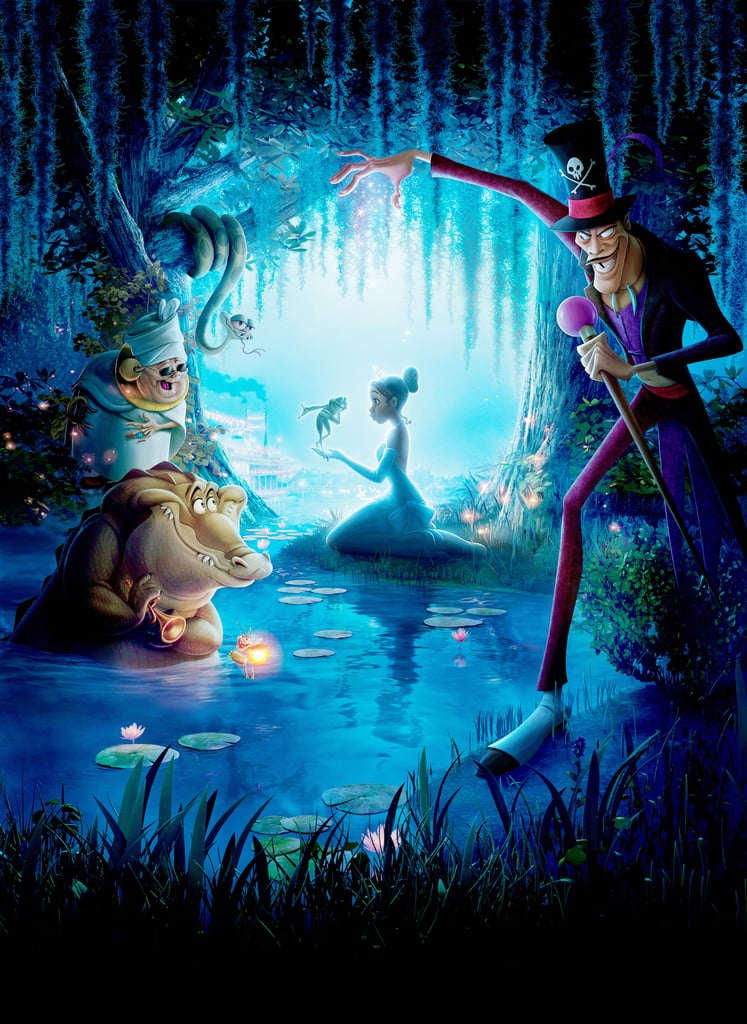 We're Almost There! Disney Will Reimagine Splash Mountain as a Princess and the Frog Ride

Disney's Splash Mountain ride is getting a long-awaited makeover that would make Princess Tiana proud. In June 2020, Disney's Imagineering Team announced that plans are underway to replace Splash Mountain with a Princess and the Frog-themed ride at both the Disneyland park in California and Magic Kingdom park in Florida. Plans to reimagine the classic theme-park ride come following criticism from park-goers who have pointed out the ride's racist origins.

Disney fans even organized a petition that was signed by more than 21,000 people insisting that the park change the theme of the ride. "While the ride is considered a beloved classic, its history and storyline are steeped in extremely problematic and stereotypical racist tropes," the petition reads. "There is a huge need for diversity in the parks and this could help fill that need."

"Tiana is a modern, courageous, and empowered woman, who pursues her dreams and never loses sight of what's really important."

The ride was initially inspired by Disney's Song of the South, a 1946 film that has rightfully been criticized for its offensive portrayals of the Black community. Disney has kept the film locked away for decades and excluded it from the lineup of movies available on Disney+, making the decision to change Splash Mountain's theme long-awaited. "The new concept is inclusive — one that all of our guests can connect with and be inspired by, and it speaks to the diversity of the millions of people who visit our parks each year," Disney's statement reads.

According to Disney, the new ride will pick up right where the film left off, after Princess Tiana and Prince Naveen's final kiss. Riders will be encouraged to join Tiana and her trumpet-playing alligator Louis "on a musical adventure" that celebrates Mardi Gras and includes new original music inspired by the film. "Tiana is a modern, courageous, and empowered woman, who pursues her dreams and never loses sight of what's really important," Disney's statement reads. "It's a great story with a strong lead character, set against the backdrop of New Orleans and the Louisiana bayou."

In August, members of the Walt Disney Imagineering and Walt Disney Animation Studios teams met it New Orleans at Dooky Chase's Restaurant. Its founder, Leah Chase, was one of the inspirations for Princess Tiana! According to the Disney Parks Blog, the group gathered "to talk about Tiana's impact over the past decade and the creative process behind the upcoming attraction, including the next-level technology Imagineers are employing to bring it to life. Generations of the Chase family welcomed us while Chef Dook cooked up some of their famous gumbo. We sat down with Leah's daughter, Stella Chase Reese who shared that 'The two coming together, music and food, brings joy and happiness to all' and isn't that the truth?"

While no expected date has been given for the opening of the new Princess and the Frog ride, "conceptual design work is well underway." Take a closer look at what to expect from the upcoming ride, and see what a few of the voice actors from the 2009 film have to say about the exciting news ahead.