Remember a few years ago when an adorable little girl interrupted her dad while he was on live TV, and it went absolutely nuts on social media? How could we forget! Well fortunately, another equally adorable kiddo made his on-screen debut in a similar fashion. While reporting on Syria for MSNBC, journalist Courtney Kube got the surprise of a lifetime when her son decided to give her a helping hand with the news. In a now-viral video making its rounds on Twitter, we see the news anchor handle her very-excited son like a pro while doing her report. MSNC shared the clip with the caption, "Sometimes unexpected breaking news happens while you're reporting breaking news," and um, yeah it's no wonder working moms are considered masters in multi-tasking. Scroll ahead to get a look at some of the best reactions to the video that will make parents everywhere nod there heads and mutter, "Been there."

Related:
What Not to Say to a Working Mom
Previous Next Start Slideshow
Parenting HumorWorking ParentsParenting Videos
Around The Web

Toddlers
This 2-Year-Old Made a Hangout Spot Inside an Empty Cabinet, and Snacks Were Involved!
by Murphy Moroney 3 days ago

Parenting Humor
Kid Gets Head Stuck in a Cat Tree and Is Rescued by Firefighters; Mom Blesses Us With the Photos
by Murphy Moroney 5 days ago

Teachers
To 2020's Heroic Teachers (And Their Viral TikToks): We're So Grateful!
by Leo Margul 5 days ago 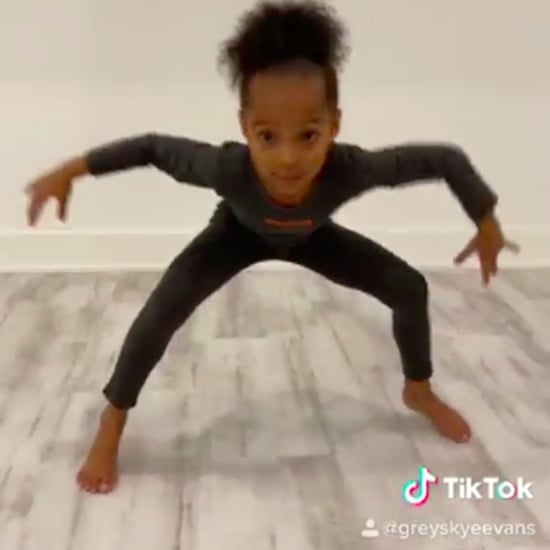