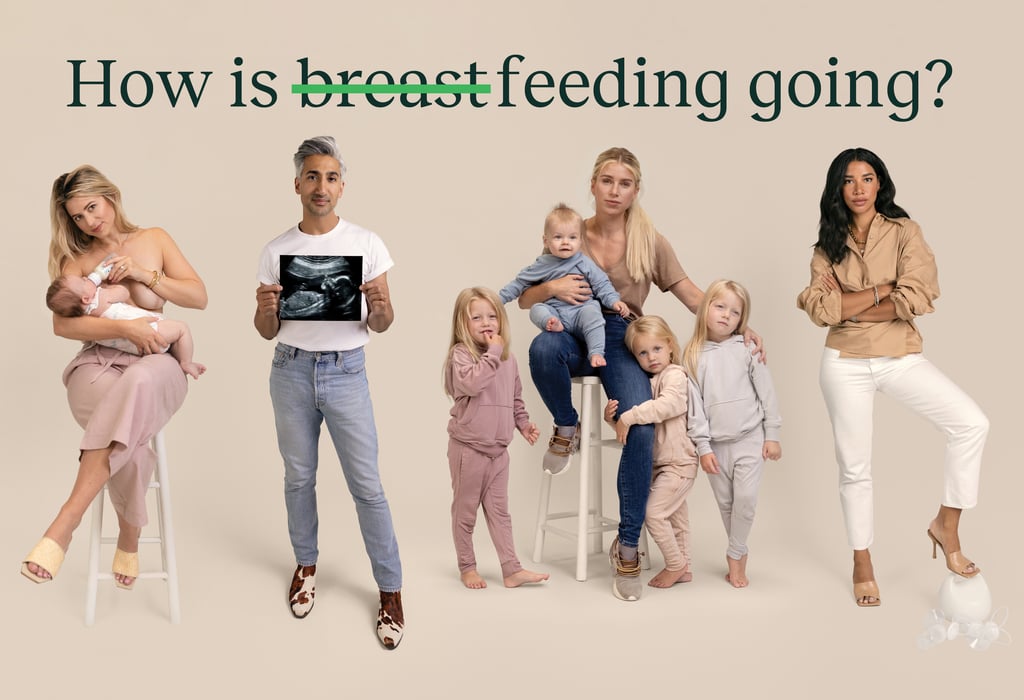 People might have nothing but good intentions when checking in on a new parent in their lives, but when they ask, "How's breastfeeding going?" they may not realize the layers of stigma and shame associated with such a personal question.

Nearly 75 percent of babies in the United States receive some form of infant formula by the time they are 6 months old, according to the Centers For Disease Control and Prevention, but even still, the decision to bottle-feed babies is met with judgment and ridicule. In fact, two out of three parents still report feeling guilty for doing so.

"'Breast is best' implies that whatever you're doing that's not the breast is second-best," entrepreneur and influencer Hannah Bronfman said in a new campaign from Bobbie, the first European-style organic infant formula meeting FDA requirements in the US. "I really don't feel like I'm giving my baby the second best."

Still, after falling short of her own six-month breastfeeding goal while juggling her business during a global pandemic, she had to overcome immense guilt of turning to formula and not being able to "do it all."

"[E]very journey is so different. There are a thousand and one reasons why it might not work out for you, and that's OK."

Although she'd admit much of that guilt was internalized, it was certainly predicated by a long-standing public-health campaign to increase breastfeeding rates. National Breastfeeding Awareness Month, which kicked off on Aug. 1, and that now-ubiquitous "Breast is best" motto first began in the mid-1990s and have since seen vast success — in 1971, 24.7 percent of infants were initially breastfed compared to 84 percent in 2017.

Yet, the demands and paths to becoming a parent have evolved immensely in the past 25 years. Since that campaign launched, the number of working women as household breadwinners has nearly doubled. There are five times as many babies born via surrogacy in the US, and today, more than 170,000 children are being raised by same-sex parents.

"The question really should be 'How is your feeding going?' not 'How is breastfeeding going?' because every journey is so different," Bronfman said. "There are a thousand and one reasons why it might not work out for you, and that's OK."

To better illustrate that point, Bobbie has teamed up with not just Bronfman, but also three others who've faced this stigma head on. There's soon-to-be new dad and Queer Eye star Tan France, who has had to address his decision not to go through the complicated process of getting donor breast milk for his son, who will be born via surrogate. There's Kelly Stafford, a stay-at-home mom of four children under 4 years old, who — although she breastfed her first babies — wants to prioritize her family life over the time-consuming task of nursing. And there's Lesley Anne Murphy, a double-mastectomy previvor who physically can't produce breast milk yet still has to defend her decision to reduce her risk of a cancer diagnosis before becoming a mother.

Ahead, hear first-hand how they are speaking out about why the breast-versus-bottle conversation needs to progress far more than it already has.

Celebrity Families
Nick Jonas and Priyanka Chopra Welcomed Their First Child: "We Are Overjoyed"
by Kate Schweitzer 19 hours ago

Joe Biden
Biden's First Year in Office: A Look at What It's Meant For Families
by Kate Schweitzer 1 day ago

David Beckham
After This Massive Neck Addition, Romeo Beckham Now Has a Matching Tattoo With Dad David
by Kelsey Garcia 2 weeks ago

Parenting
New Dad Wilmer Valderrama Vows to Keep Romance Alive: "The Baby Is Our Priority, but You Are Mine"
by Perri Konecky 2 weeks ago