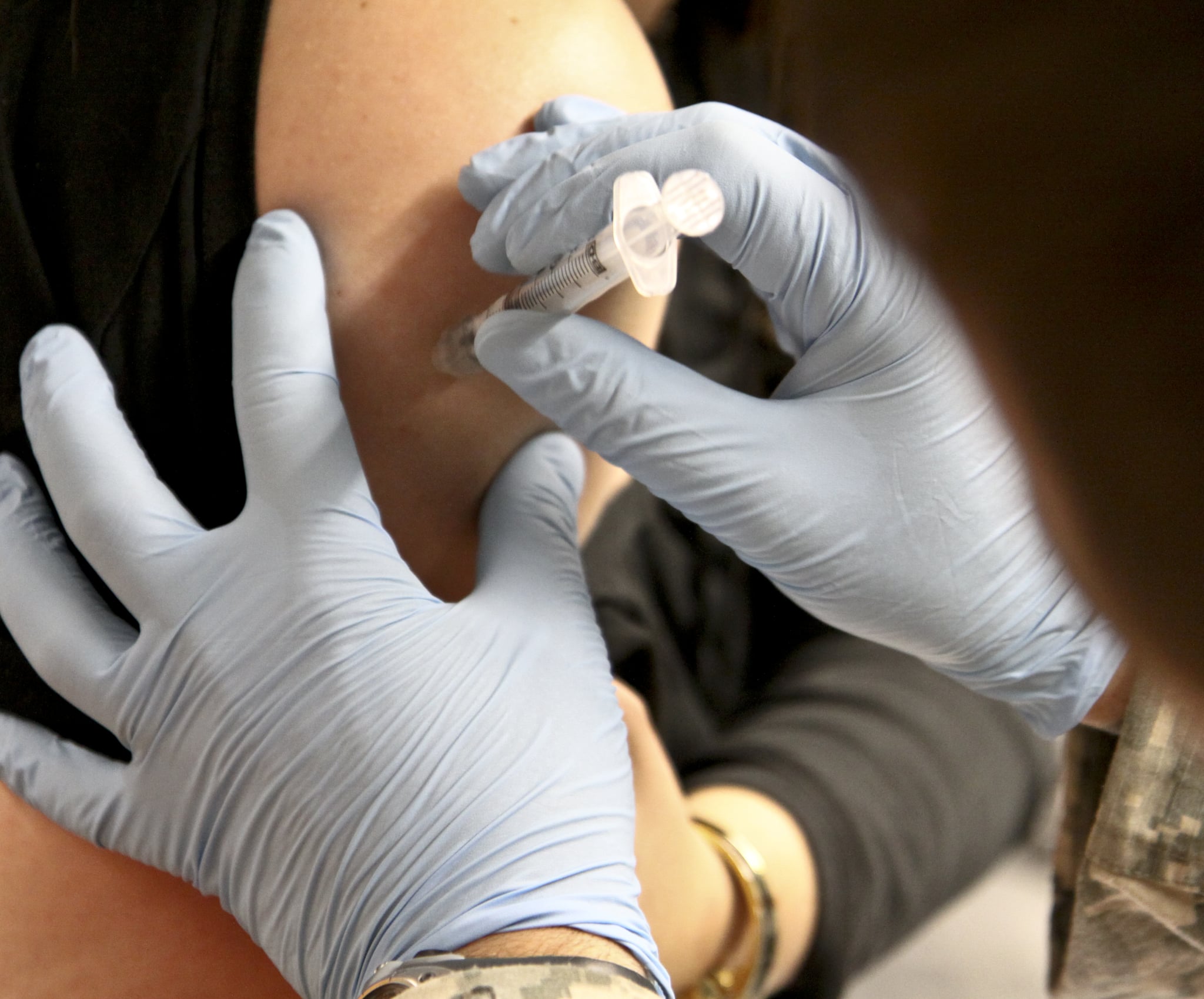 Recently I took my son to the doctor for a sick visit, and while I was there, I remembered that we had missed his flu shot this year. We had booked it, the pediatrician had run out of the vaccine, and then I forgot to book a new appointment (call it mommy brain, laziness, or just plain being too busy). I asked the doctor if it was too late, given that the vaccine wasn't proven to be that effective last year, and she told me that while it is only 20 percent effective, that's a 20 percent better shot than if he didn't have anything at all. Minutes later he was vaccinated and that was that.

Our conversation then quickly turned to the recent measles outbreak at Disneyland and the 94 people across eight states who have contracted the once-eradicated disease. Luckily, I learned, our NYC practice does not accept unvaccinated patients. The doctors' philosophy is that vaccinations are safe and effective and having unvaccinated children in the waiting room could put children who are too young or too weak to be vaccinated at risk. Satisfied with her answer, I went home with my pink-eye-infected son and pondered the growing situation on the West Coast.

Fifteen years ago, measles was declared eradicated in the United States. Gone. Donezo. Kaput. Around the same time, Dr. Andrew Wakefield released his infamous paper linking the MMR vaccine to the development of autism in children. Parents with autistic children were (understandably) quick to latch on to a cause for their children's disorders, and new parents began shunning the vaccines. When Jenny McCarthy began touting the correlation from her bully pulpit, she instantly became the poster child for the antivaccination movement. The only problem was, Dr. Wakefield made up most of his research, and in 2010, The Lancet discredited the story and delinked the cause and effect. Yet because of the support from famous moms, like McCarthy, parents continue to refuse vaccines.

But now there's a growing tide of unvaccinated children roaming around the country, and they're carrying once-eradicated diseases (measles, whooping cough, etc.) to public places where families go to enjoy themselves. And while they're out there arguing that if your child's vaccinated, you don't have to worry about their vaccine-free children, they're missing the point. Vaccines aren't 100 percent effective, but they are preventative — just look at the flu vaccine. As many as 36,000 Americans may die of the flu this year, but that number would be higher if most of the population didn't get the flu shot. And what about infants who aren't old enough to get their vaccinations yet or kids like Rhett Krawitt, a 6-year-old chemotherapy patient whose immune system is too weak to get the MMR shot? Should they be forced to live in a bubble just because some parents choose to take their disease-carrying children to amusement parks and tourist spots?

And if you think that parents who choose to not vaccinate their kids are just a bunch of kooks who live on communes, think again. California, Oregon, and Washington have some of the country's highest unvaccinated children rates, and in those states, it is families who live in the most well-educated and highest-income areas who are forgoing the shots for "personal beliefs."

Well, here's my personal belief: put down your megaphones and get with the program. You may think that you're the smart mom out there and that you are doing the best thing by keeping the "toxins" out of your healthy children, but you're doing more harm than good. You're creating a public health crisis. There's a reason parents in Asia and Africa will journey for days to get their children vaccinated — they've seen the devastation of these diseases firsthand. We haven't, because we've been vaccinating against them since before we were born. It's time to wake up and be responsible parents. Give your children what other families only wish they had access to: life-saving vaccines that will keep them healthy for years to come.

Because in the end, shouldn't Mickey Mouse ears and lighter wallets be the only souvenirs we bring home from Disney?

Healthy Living
I Decided to Fight Hustle Culture by Doing Less, and I'm Not Turning Back
by Ashley Broadwater 1 day ago

Digital Life
I Started Putting My Phone in a Different Room at Night, and It Really Improved My Mental Health
by Caitlin Gallagher 1 day ago