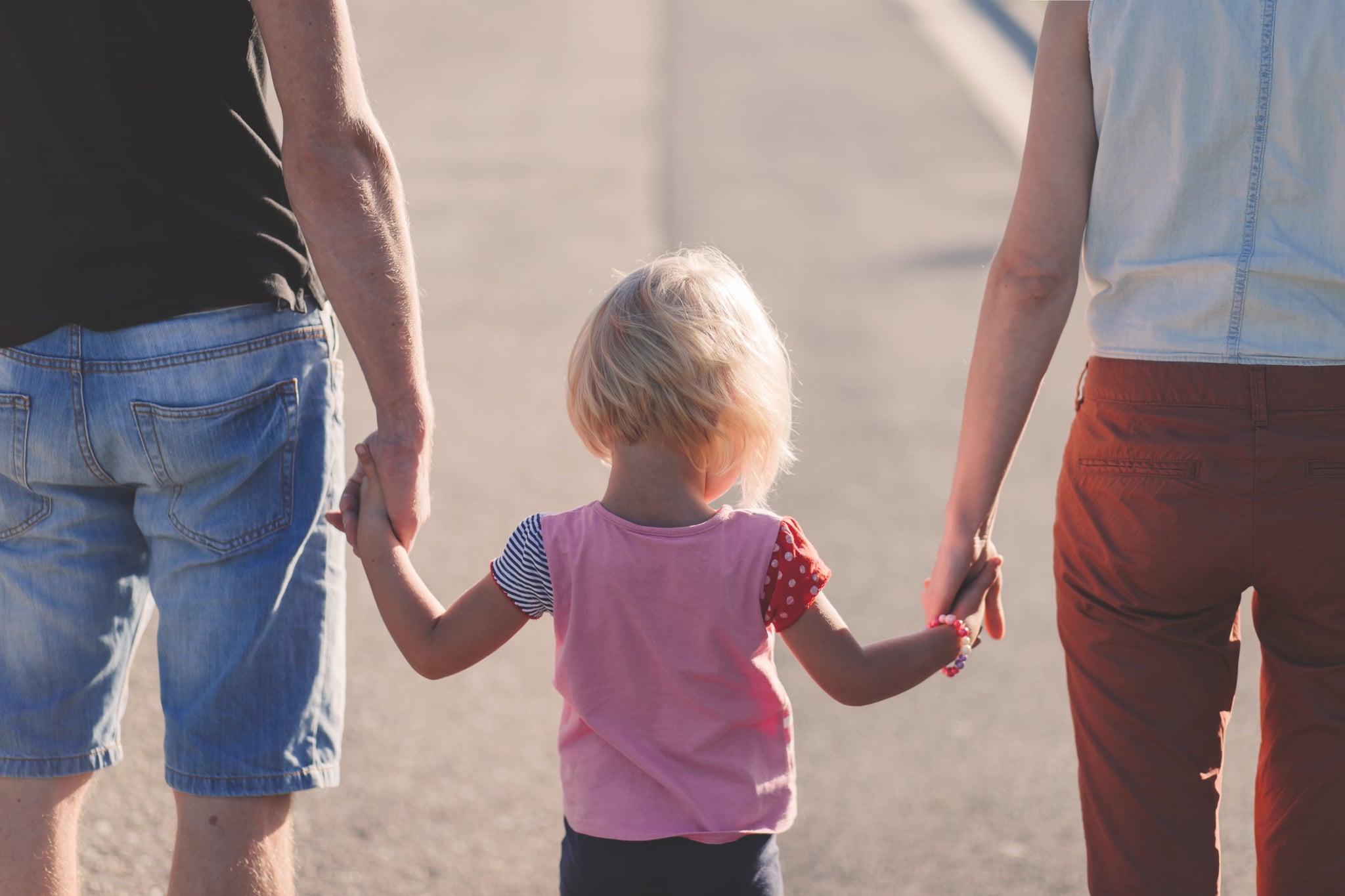 I was 19 years old when my mom took me on a walk to tell me that she and my dad would be getting a divorce. I was on Summer break after my freshman year of college, and I was visiting their new home in Colorado that they had just moved to with my little sister about six months prior. I don't remember crying or getting emotional during the conversation; instead, I can really only recall listening quietly before finally muttering the word, "OK."

When I got on a plane the following week to return to my apartment in a small college town in Alabama, I put in my headphones and allowed my thoughts to drift back to some of my favorite memories from childhood. I thought about the time we hiked the Grand Canyon as a family and my sister and I repeatedly recited lines from Family Vacation, the year I was obsessed with Bisquick and made the family some sort of dinner from the baking mix's cookbook every Thursday night, and how, every year on the day after Thanksgiving, I set up the bulky camcorder and demanded everyone decorate the Christmas tree while the Santa Claus is Comin' to Town soundtrack blared in the background. I let the nostalgia wash over me, but when the flight attendant announced our initial descent, I cut off the flow of memories.

Related:
The 1 Unexpected Relationship Lesson I Learned From My Parents' Divorce

I continued on with life as normal, cramming for tests and staying out a little too late with my friends. I didn't talk about my parents very much, mostly because I wanted to avoid the look of pity on other people's faces and the inevitable question of "Are you OK?" I was perfectly fine, I told myself. Apathetic, even. I grew distant from everyone in my immediate family, even my younger sister, whom I always had a superclose relationship with.

The process took some time before it was finalized (as is typical, from what I understand), and I had just turned 21 when the divorce became official. By then, I had gotten close with each member of my family again, but besides a few conversations with my mom, I still didn't talk about the situation with any of them very often. For a while when I looked back on this time, I thought I was intentionally depriving myself of any emotion toward the experience to avoid feeling pain. We were once such a strong family unit; if I allowed myself to grieve, would I completely break down?

One day, after a few glasses of wine, my dad and I had a candid and heartfelt conversation, and he opened up to me about everything. It was really the first time we had ever talked about it — how he was doing, how I was doing, why it happened, etc. While not a stoic man by any means, I had never seen my dad be so vulnerable and honest, and he told me they tried to work it out for the sake of my sister and me. That conversation stayed with me for a long time, and I eventually realized that, while I appreciated and loved both of them for being so sensitive to the feelings of their children, as their child, I just wanted them to be happy. If that meant not having my parents stay together, then that was perfectly OK.

Related:
My Parents Got Divorced When I Was 35 — and It was Still Really F*cking Painful

A few weeks later, for the first time, I let myself fully grieve the dissolution of our family unit as I had always known it. I cried it out, but after that cathartic moment, I genuinely felt happy.

Today, both of my parents are remarried to wonderful people. I have been lucky to develop superclose relationships with each of their partners, and they are family to me now. My sister and I were given five additional siblings to confide in, laugh with, and share holiday memories. Every time I'm around my parents, I can visibly see the joy they both found in their new spouses.

I still love thinking about my childhood memories of the four of us together. I smile when I remember the times my parents laughed with one another or made inside jokes that my sister and I begged to know the meaning behind. People still ask me at times if there's a part of me that wishes my parents would've worked things out. To them, I merely smile and say that I wouldn't change a thing. And I genuinely wouldn't.