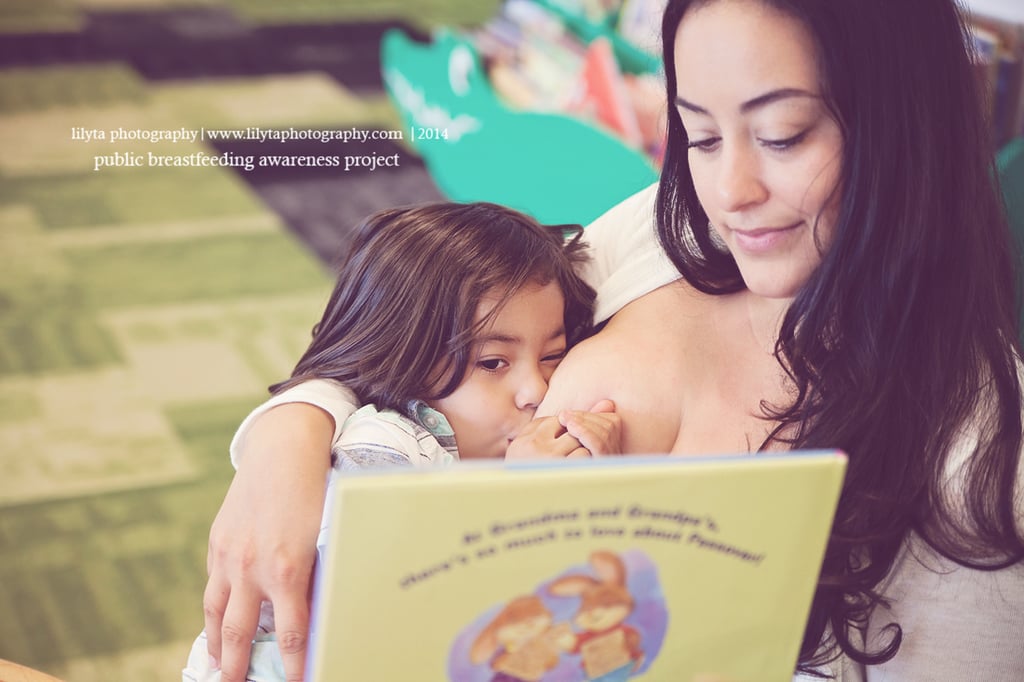 Nursing older children is a very touchy subject, even among moms who breastfeed their infants. But one thing's for sure: moms who do it, either in public or in private, are passionate about it. As Cynthia A. explains, "Extended nursing is not for everyone, but those of us who have nursed for longer than six months or a year have our reasons both for ourselves and for the physical and emotional health of our children."

Truth is, you might be surprised to find out how many "closet nursers" there are in your neighborhood, church, or preschool. Here's a look at the extended breastfeeding issue from three perspectives: physical, emotional, and societal.

It's pretty obvious that kids don't depend on breast milk as their primary nutrition once they reach preschool age. However, there are physical benefits that extended nursing provides for children, and these benefits are recognized by groups such as the World Health Organization. "The World Health Org. recommends nursing at least until age 2, and to do otherwise deprives the child of custom-made nutrients and antibodies," Circle of Moms member Sarah L. explains to naysayers. The WHO also says, "Available evidence suggests [continued] breastfeeding may also have long-term benefits such as reducing the risk of obesity and type two diabetes.

Immunity benefits are another benefit of continued nursing. "The immunity benefits increase the longer the child is breastfed, so two and even three years is terrific," states Delia, a registered nurse.

Extended-breastfeeding moms in our communities also talk about how they use nursing to quickly calm and soothe kids, especially at nap or bedtime, and they're not imagining it: nursing lowers a child's heart rate and blood pressure.

You might be wondering, as I did, whether or not the nursing bond is emotionally healthy for preschoolers. Many moms who continue breastfeeding to the age of 3 or 4 years old say it's not only healthy, but also necessary, at least for their kids. Laura, mom to a 3-year-old, admits that she would prefer to have stopped nursing by now, but her son still needs it emotionally.

Theresa shares a similar story: When she tried to wean her son before he turned 3 years old, it was "torture." So they happily continued breastfeeding until he was ready to stop. She says, "It was getting to know and understand my son and his specific needs that had us go 3.25 years regardless of the people who couldn't understand or respect that decision."

Another extended breastfeeding mom, Sylvia H., describes in detail how her nursing 4-year-old daughter has learned to find comfort in other ways and function well in full-time day care, while still occasionally nursing at home: [Extended nursing] doesn't prevent a child from learning to comfort herself or to accept comfort from other people. [My daughter] had no problem falling asleep for naps at day care, and she certainly was able to be comforted by her day care teachers."

At what point does breastfeeding an older child become harmful to them, emotionally and psychologically? Some say that depends on when they really begin to develop peer relationships and become at risk for teasing and bullying. Johnny is one of a number of moms who say grade school should be the cutoff: "There becomes a greater potential for social issues if the other kids discover that a child is still nursing. So one is either going to have to be OK with offering a kid up to another big opportunity for bullying or tell their child to hide it. Either way, it becomes shameful and embarrassing, and to me, that just puts an unpleasant end on a lovely thing."

There seems to be one common, indisputable argument against extended breastfeeding. It has nothing to do with the welfare of the child or any actual negative effects. Simply put, nursing past one year is not widely accepted in our society today. As Janice C. says, "I think it can be hard in our culture to be open about extended breastfeeding because so many people don't get it."

Sometimes negative attitudes about extended breastfeeding arise when people can't really wrap their minds around how it works. This is true even for moms who nursed infants, because we experienced breastfeeding in a totally different way. For those who can't imagine nursing a 3-year-old, Sylvia H. does a great job of explaining what it's actually like: "Many, many times I ended up explaining to people that nursing a preschooler is not just like nursing a newborn, only bigger; they don't nurse every hour on the hour for an hour. If it's not an appropriate place or time, you can ask them to wait, and they may not like it, but they understand. They don't ask to nurse by rooting and sucking their hands anymore; they use their words. A nursing 3- or 4-year-old might just be nursing once a day for five minutes but it's still important to them."

Because of the reduced frequency of feedings, and due to the reactions they get, a significant number of extended breastfeeders don't nurse their kids in public past the first year. As a result, by the time they reach preschool age, often even close friends and family aren't aware that they're still breastfeeding. Hanna R. is one of these moms; she keeps the fact that she still nurses her 2-year-old on a need-to-know basis: "Some people know, some people assume she was weaned before 1, and I haven't corrected them — my own mom included!"

Little Kids
These PAW Patrol Stuffed Animals Turn Into Kids' Sweatshirts, and How Cute!
by Alessia Santoro 1 day ago

Babies
A Baby Tried Ice Cream For the First Time, and Her Reaction Would Put Dessert-Lovers to Shame
by Murphy Moroney 1 day ago

Lizzo
This Family Parodied Lizzo's "Good as Hell" With a Song Called "Cold as Hell," and It's Everything
by Murphy Moroney 15 hours ago