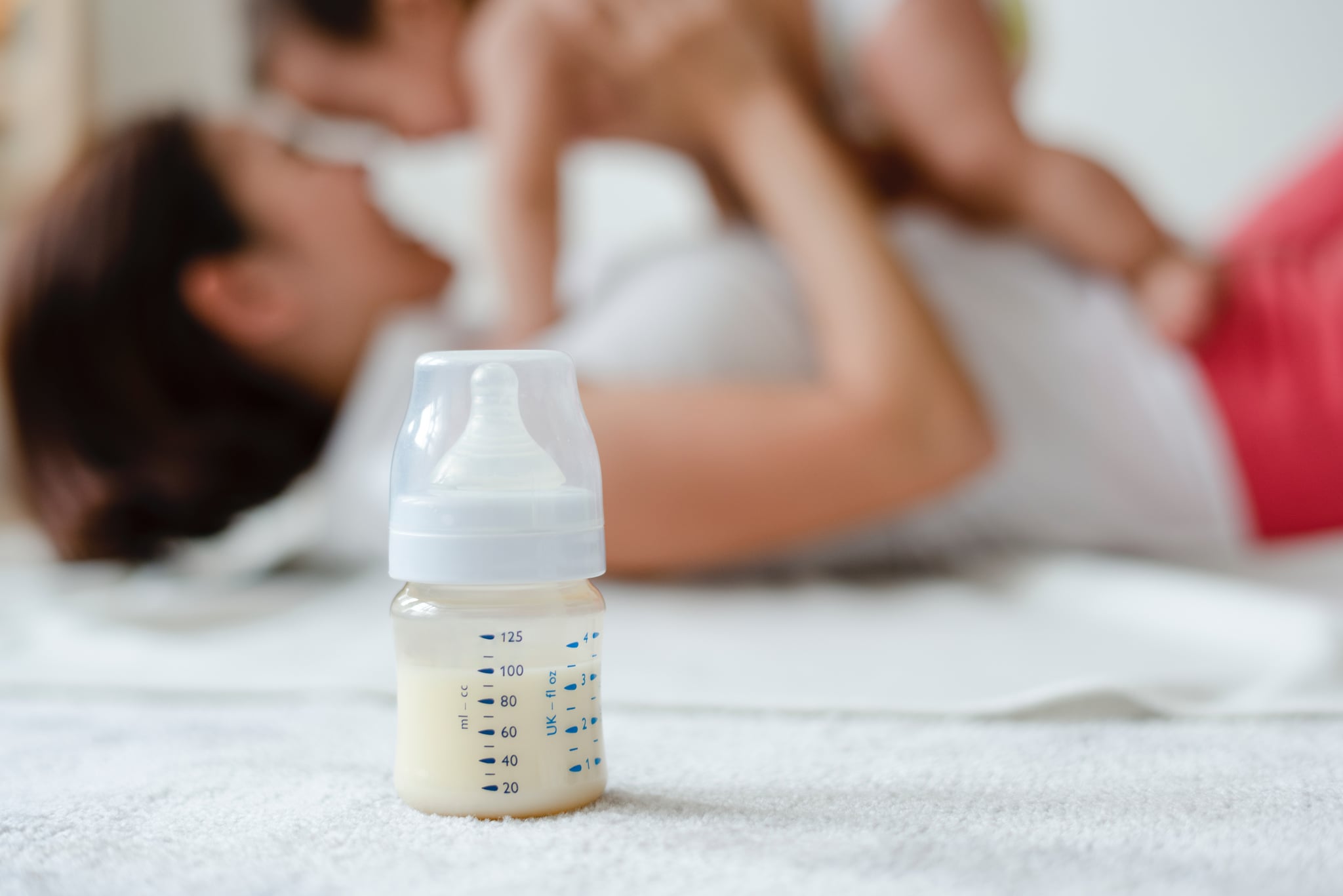 Breastfeeding was impossible for me — like really freaking impossible. My nipples were cracked beyond repair, I got multiple bouts of mastitis, and I was allergic to the antibiotic to get rid of it. While I envisioned myself to be one of those radiant mothers nursing their babies on command, I just wasn't. And slowly, the guilt of not living up to the pedestal I put breastfeeding mothers on began to suffocate me.

I remember one day, my mother and I were sitting on my couch in the family room as I tried to nurse my newborn. Tears streamed down my cheeks as I struggled to feed my baby through the tremendous pain. My mom looked at me. "It's OK to stop nursing," she said. "It will make everyone happier. Even the baby." I knew she was right. It wasn't about my pride or my ego; it was about feeding my infant. But I just couldn't get rid of the little voice that screamed, "You're a mother! You should be able to breastfeed your child!" So I turned to pumping. That wasn't easy either, but I felt it was the right thing to do for me and my baby. Even now, years later, I still feel so guilty that I had to rely on my breast pump.

Related:
How I Survived the Hell That Is Exclusive Pumping and How You Can Too

But seeing the recent photos of women who own their decision to pump — from Rachel McAdams in a glam editorial to Chrissy Teigen in the back of a car to a mom's celebratory pumping photo shoot — is helping me get rid of that lingering feeling that I wasn't the kind of mother I should have been.

It's taken me a long time to admit to those feelings and realize that I am not less for pumping.

Here's the thing: pumping is hard. work. I would wake up in the middle of the night to feed my baby and stay awake even later to pump for the next feeding. Then there was the packaging and freezing process; I was always terrified I would drop my liquid gold. And it was still so painful. I continued to get mastitis and cracked nipples. But acknowledging that reality didn't stop me from feeling like I wasn't doing enough. As I sat hooked up to my pump, the pain and agony swirling within me, I wished I could naturally breastfeed like so many other mothers. Whenever my new baby and I would stroll to a park and I saw a woman casually take her breast out to feed her baby, I was filled with envy. I felt like she was better at this whole motherhood thing than I was. It's taken me a long time to admit to those feelings and realize that I am not less for pumping.

While it would have been amazing to see photos of other moms pumping when I started my motherhood journey, I'm still so grateful they're available now. Finally, I'm starting to feel less guilty. It's so empowering to see that other mothers are also doing whatever they need to do to provide for their babies. Women should feel empowered to make those decisions. Whether they pump, exclusively breastfeed, formula feed, or some combination of them all, women should feel confident in their choices. They're our bodies. These photographs of pumping mamas put an exclamation point on just that — women owning their bodies and their decisions over what to do with them.

I wish I had seen photos like these during my feeding journey. It would have softened the blow of not being able to breastfeed and helped me own both my body and decision. But I'm hopeful that the circulation of photos like this will help new mothers who may struggle like I did. These photos are a symbol that there's no shame in pumping; that there's no shame in taking whatever path you need to nourish your baby — and it's about time.