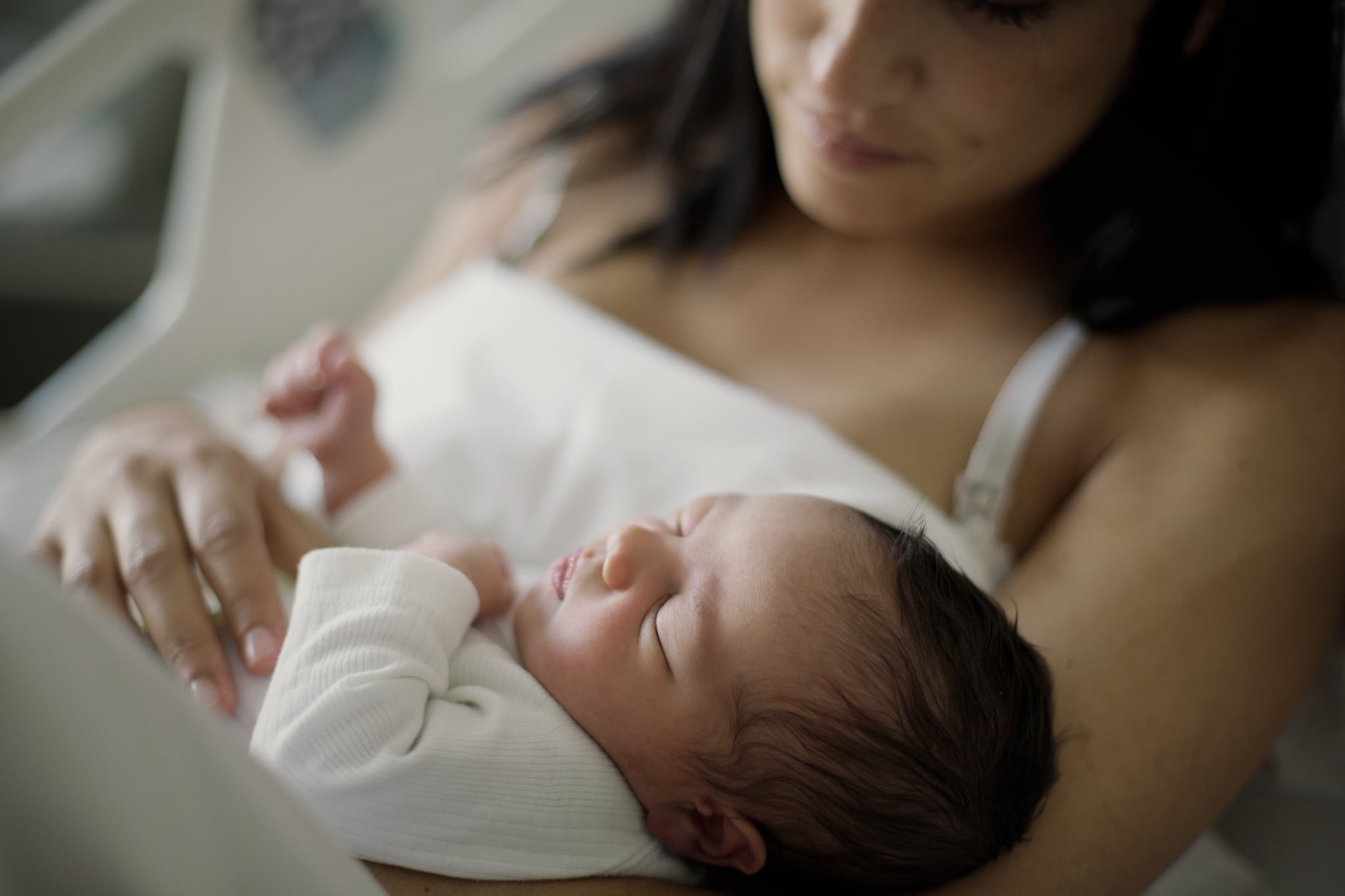 I've always wanted to be a mom. Ever since I was a little girl helping out with my younger twin sisters, I knew my future included motherhood. When I was in college and in my first long-term relationship, I eagerly planned our post-graduation — which meant marriage and babies by 28. You know what they say when you make plans . . . God laughs at you. I'm not a particularly religious person, but nothing could be more true.

After college, my relationship ended and life took the most unexpected and amazing path that I ever could have predicted. I started my career and it quickly blossomed, and at 27, I found myself living and working in New York City. I knew taking the leap to NYC would delay my "plans" for marriage and babies, but it was an offer I could not refuse and I never turned back. My nearly seven years in NYC were incredible, from the people I met to the career experiences I had — there was nowhere in the world that could compare. I thrived in NYC in nearly every way: except love.

Related:
My Mom Tribe Is the Only Reason I Survive Single Motherhood

So, after an amazing run, I realized having a family of my own was a priority for me and that I needed to leave the city to find it. I relocated to Atlanta at 33 and started dating, but by the time I turned 35, I was still single. That was when I was diagnosed with diminished ovarian reserve, and learned I needed to consider freezing my eggs or using a donor and IVF to get pregnant. This was definitely not in my life plan. After selecting a donor, my doctor and I had a discussion, and decided that I would not get pregnant right away, and save my eggs for the day I met Mr. Right. At that time, I wasn't mentally prepared to be a single mom, working a demanding job, and in a town with no family or support network.

Fast forward to today. Two years have passed since I froze my eggs, and I've since relocated for a great job opportunity in my hometown of West Palm Beach, FL. When I first moved here, I, once again, started the grueling task of getting into a new dating scene. But I quickly realized that my focus had changed. I was no longer concerned with the traditional path to parenthood — meeting someone, dating for at least a year, being engaged for a year, then getting married and trying to conceive. Quick math told me that I didn't have that kind of time. My clock wasn't ticking; it was at a five-alarm-fire status.

And then it hit me: I can always get married, but I can't always get pregnant.

It's hard to explain the kind of pressure you feel in that situation. I couldn't hide it from these new men I was meeting; the desire to be a mom and start a family literally emanated from my pores — they felt it, and they ran. I don't blame them. I mean, three dates is not nearly enough time to evaluate a life partner. Yet that's exactly what I was doing. Instead of having fun and slowly revealing myself, I was fast forwarding conversations and analyzing every detail they would divulge.

It was intense. They were overwhelmed. And then it hit me: I can always get married, but I can't always get pregnant. So I stopped dating and went after what I really wanted — motherhood. For the past 10 months, I've been diligently pursuing that dream. I've been fortunate enough to be counseled by one of the leading reproductive endocrinologists in the country, Dr. Scott Roseff, MD, with IVFMD. He successfully brought my best friend's twins into this world, so I knew I was in good hands. Because I have diminished ovarian reserve, I have some of the same infertility issues as couples who can't conceive. Essentially, the limited eggs I have left are crap quality. Thankfully, I have those frozen eggs. We decided after a number of tests that those eggs are the best option for me to get pregnant.

I'm fully aware that the path ahead will be a tough one, but when you really want something, you'll do anything to achieve it.

This long-awaited dream is about to become a reality. My embryos have been created with the donor, known only to me as "Big Softy," a 6'4" former football captain who likes music and rom-coms and was in grad school when he donated. Of my nine frozen eggs, eight made it past the thaw, five fertilized, three matured enough to be tested for chromosomal abnormalities, and two came back healthy (a boy and a girl). Soon, we'll transfer one (the doctor will choose) and hope for the best. Excited barely begins to describe how I feel.

I have openly shared my journey with friends and family, and it has been nothing but empowering. Knowing that I have so much love and support from so many people can make anything possible. I'm fully aware that the path ahead will be a tough one, but when you really want something, you'll do anything to achieve it.

Health
Conquering Cancer at 26 Helped Me Conquer My Sexuality, Too
by Mona Hassan 1 week ago

Summer Fashion
Crocs Are the Best Summer Shoe, Don't @ Me
by Marianne Mychaskiw 1 week ago