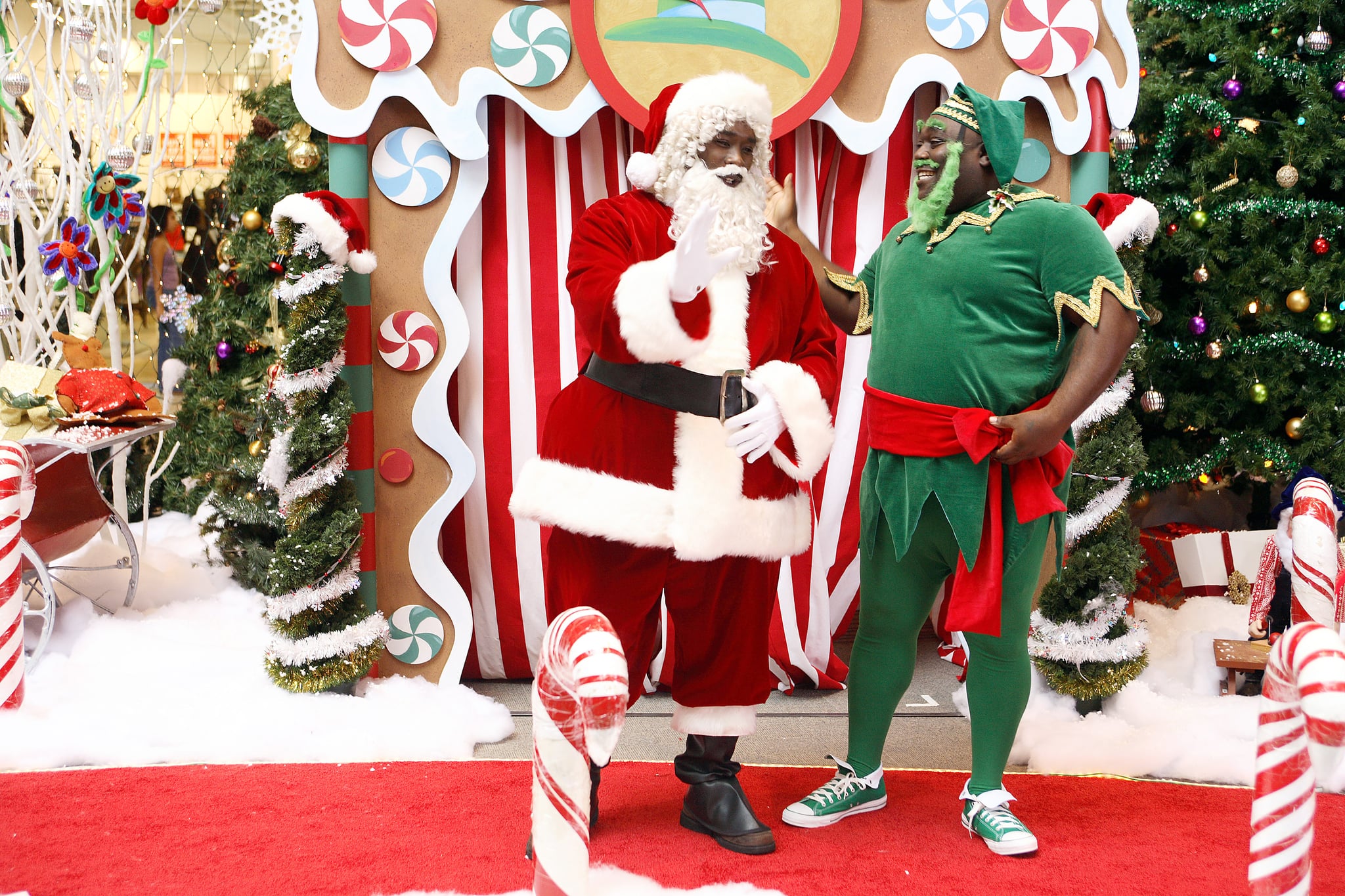 To most little kids, Santa is a superhero. There are countless movies and books about him, and every toy left under the tree on Christmas morning is a sign of his care and love for each individual child. And since he is a superhero, he also possesses certain superpowers — he can fly with the help of reindeer, he can shape-shift to fit through the chimney (if you're into The Santa Clause's logic), and he magically knows what everyone wants for Christmas. He's so much more than just the rosy-cheeked, bearded old man that you see in Christmas window displays; he's a public figure that influences the ideals of younger generations. And a superhero as popular as Santa demands racial representation.

When I was a kid, I always just assumed Santa was white. Through my impressionable eyes, that's just how he was in everything I saw, from classic picture books to almost every single Christmas movie, both old and new. As an African American, I didn't realize how damaging that was to my social and psychological development until I was in my late teens. Inadvertently, white Santas taught me that other skin tones were abnormal and wrong, and white skin was normal and right.

Related:
Ballerina Misty Copeland Continues to Break Barriers in The Nutcracker and the Four Realms

It wasn't until my mom put up a small figurine of a black Santa in our house that I was even exposed to the possibility of nonwhite superheroes. I distinctly remember children in my second grade class openly laughing at the possibility of a black Santa. To them, a black Santa was a funny joke. To me, he was a personal hero. Modern society, for the sake of current and future young people, desperately needs a range of skin tones in depictions of Santa, because no skin tone should ever be the punchline of a joke. No child should feel lesser because of society's blatant disregard for the portrayal of minority races in cultural icons.

All kids deserve heroes that look like them, but especially Santa, who is a symbol of love, joy, and hope. That means that we need more positive and diverse movies like Black Panther, but we also need to see black Santas in shopping malls and in holiday TV specials. Because that's the beauty of Santa — he isn't just one man; he's something different to every child, and every version of him is the "right" one.

Dogs
Despite the Painful Goodbye, There's Nothing More Rewarding Than Adopting a Hospice Dog
by Ashley Ortiz 4 days ago

Healthy Living
A Coach Taught Me How to Eat More Mindfully, and It's Helping Me Love Myself Again
by Adele Stewart 5 days ago

Joe Biden
By Wearing a Mask, President Biden Is Leading by Example and Sending an Important Message
by Jenny Sugar 5 days ago