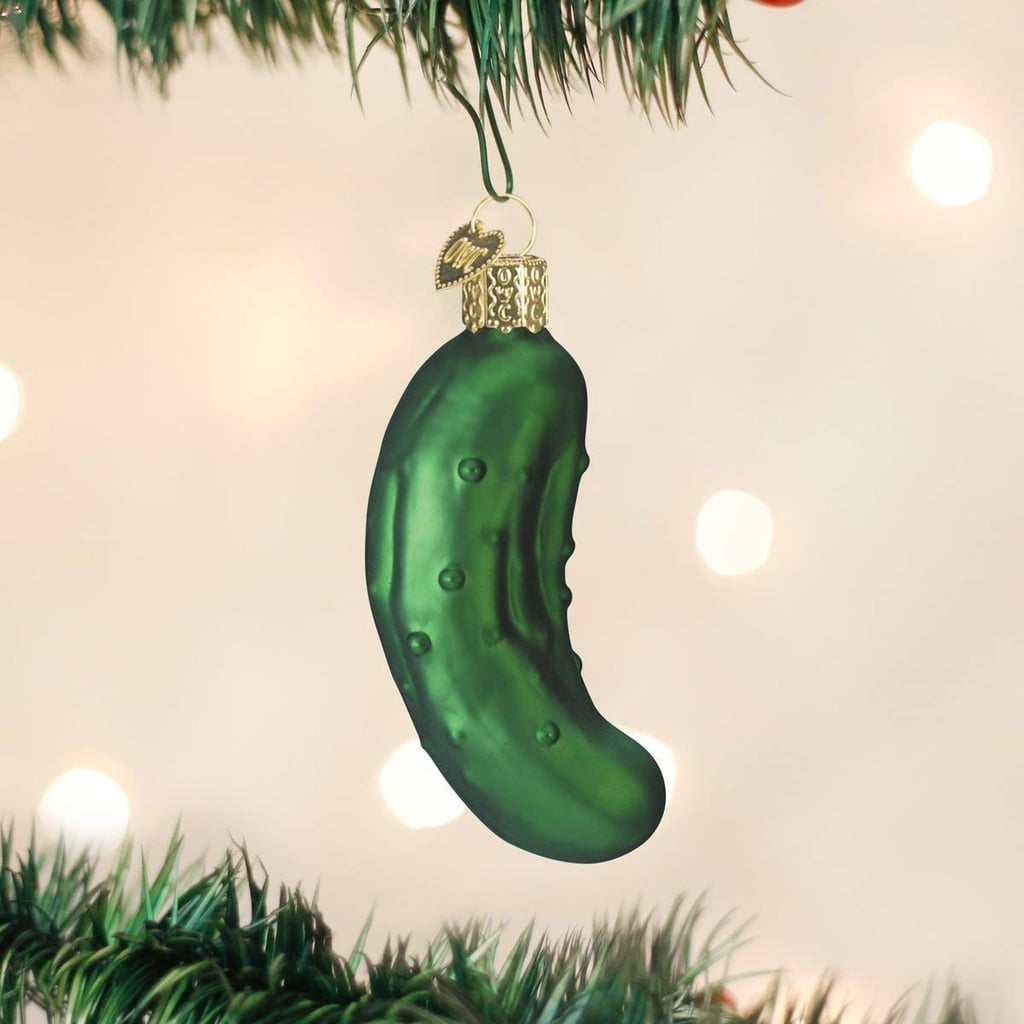 Yes, I Hide a Pickle in My Christmas Tree, and Once You Know Why, I Bet You Will Too

Most of my favorite holiday traditions revolve around Christmas ornaments — we always scout them on family vacations so we have reminders of all the places we've visited, each of my kids gets a special annual ornament to hang that will one day be among the starter ornaments for their own trees, and we make ornaments as gifts for grandparents every year. But there's one tradition I've been doing for years that still garners confused, sometimes disgusted looks from those unaware of its origins.

It's the "I have a pickle hidden in my Christmas tree" tradition. Never heard of it, either?

There's one tradition I've been doing for years that still garners confused, sometimes disgusted looks from those unaware of its origins.

Well, there's a pretty sweet meaning behind this dill-lightful tradition. According to most pickle ornament sellers, it's an Old World custom known as weihnachtsgurke (translated to "Christmas pickle") in which on Christmas Eve, parents secretly place the very last ornament on the tree: the glass pickle. With its green color and unique texture, it's easily disguised among the branches. The next morning, the first child to spot the elusive pickle earns a special reward, whether it's getting to unwrap the first gift or getting an extra gift entirely. Some even believe that the pickle is such a fortuitous sighting that it will bring the person who locates it good luck in the year ahead.

Related:
The 1 New Holiday Tradition I'm So Glad I Started

As for the origin of this legend, some of these pickles come boxed with descriptions that trace its beginnings to Germany, but seeing that most modern Germans don't even know about the tradition, it's probably just a marketing gimmick based upon the fact that most are made there. In fact, since the 1840s, many German glassblowers have created ornaments shaped like fruits and nuts before exporting them. Most likely, F.W. Woolworth, the owner of a chain of US five-and-dime stores in the late 1800s, bought up this inventory and then concocted the custom when he had a hard time selling the glass pickle ornaments in particular.

Regardless of its true start, the strange act of hiding a pickle in a tree has become a beloved tradition in my home — one that's easy for me to employ and silly enough to pique my kids' interest for a little while. 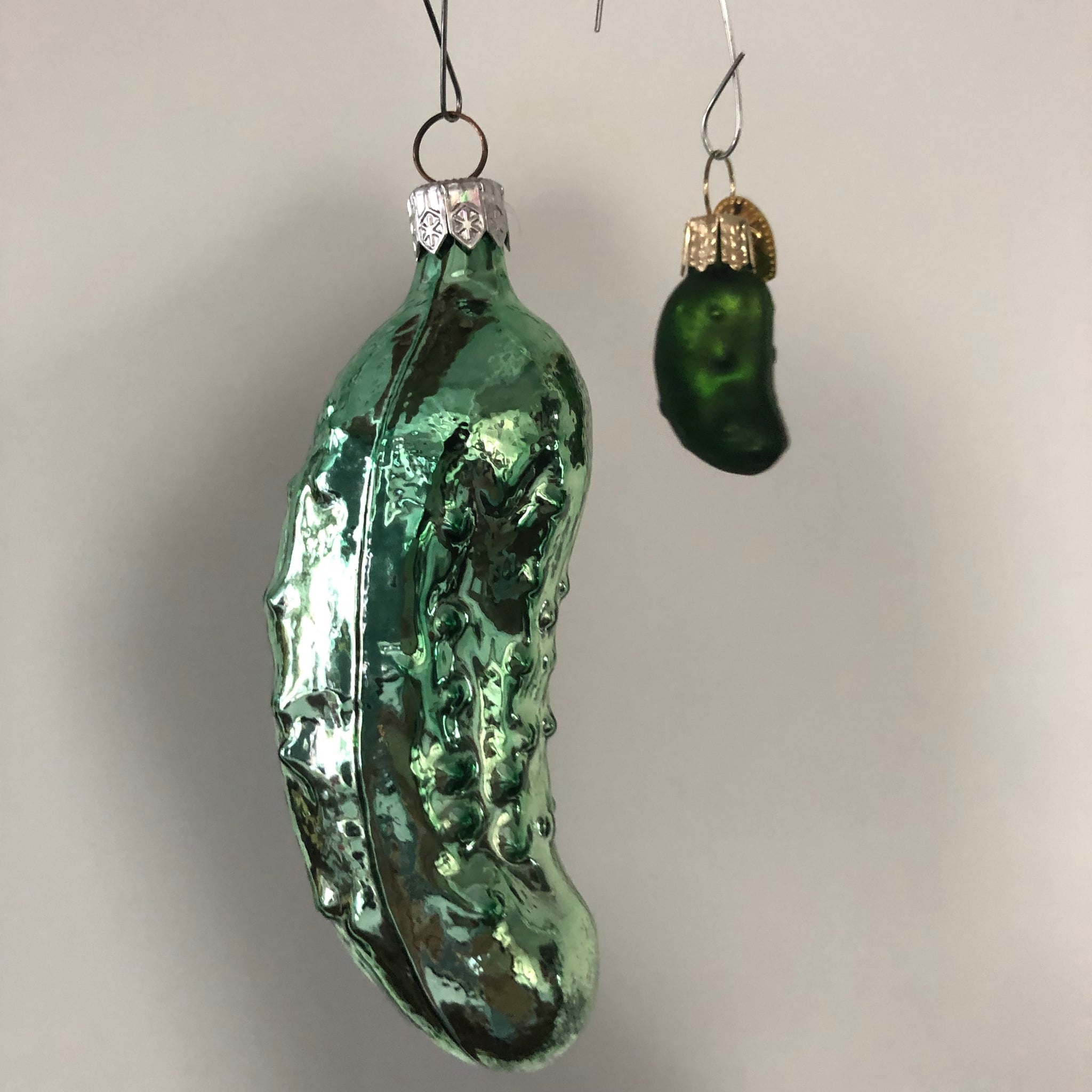 My tree has two pickles: one, a full-size dill that we leave for my two preschool-age kids to search endlessly for, and one that's a miniature gherkin, roughly two inches long, that is reserved for adult friends to find at a holiday party in exchange for a nice bottle of wine. One year, no one found it, and it wasn't until early January — after we took down all the ornaments and left the barren tree up an extra week, hoping the little green guy would reveal itself — when I spotted it tucked away between low-lying branches. (I've since begun writing myself a reminder of where I stash them each year.)

Personal Essay
I Had a Very Low-Key Quinceañera, but Taking Part in This Tradition Made It Worth It!
by Elsa Cavazos 1 week ago 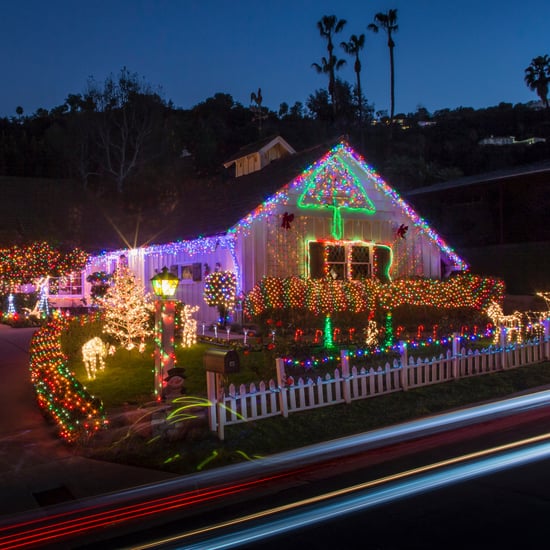 Valentine's Day
My Family's Favorite Valentine's Day Tradition Only Takes a Few Minutes, but It Means So Much
by Lauren Manaker 2/12