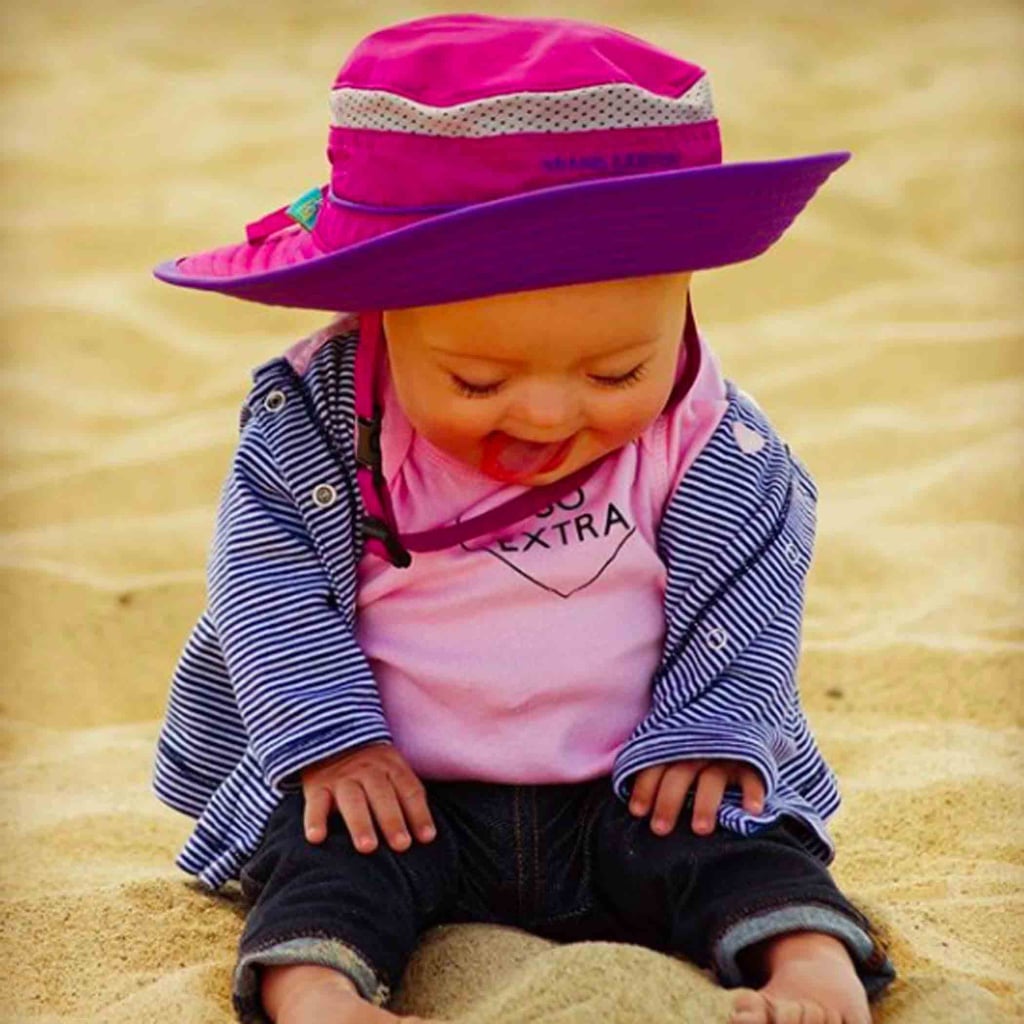 After only pushing for 30 minutes total, Caitlin Braden, a first-time mom from California, gave birth to a baby girl named Chloe Jaye Braden on Aug. 16, 2017. While she and her husband were over the moon with excitement, Caitlin's midwife had some news: Chloe had markers consistent with individuals who have Down syndrome.

Caitlin told POPSUGAR that although both she and her husband were mildly surprised by the news at first, they took the new discovery in stride.

"Our midwife informed us that babies born with a single transverse palmar crease, a large gap between their first and second toes, and low-set ears often have that extra chromosome found in a Trisomy 21 diagnosis," she explained. "This news was unexpected, but not entirely shocking," she added.

"What I've learned from being Chloe's moms is that, yes, she does have Down syndrome, but it doesn't define who she is."

Believe it or not, Caitlin actually had a dream that her first-born child would be born with Down syndrome, so when the news was confirmed, she didn't flinch.

"The shock and surprise were minimized because of a dream I had a few months before her birth," she explained. "In this dream, Chloe was in our home running down the hallway from her room to ours — and she had Down syndrome."

As a high school teacher for seven years, Caitlin already had some experience working with kiddos who have Down syndrome. While she knew that didn't make her an expert just yet, she was eager to teach little Chloe everything she knew. And Caitlin admits that Chloe has taught her a lot in return.

Related:
The Reason This Mom Won't Let Her 16-Year-Old Son With Down Syndrome Drive Will Break Your Heart

"What I've learned from being Chloe's mom is that, yes, she does have Down syndrome, but it doesn't define who she is. She is my beautiful daughter who is first and foremost a baby with needs and very obvious preferences. She's already a diva!"

She also explained that as far as she can tell, her daughter is going to grow up just like every other kid in the neighborhood.

"Chloe will grow up like everyone else and have setbacks and breakthroughs that will help mold her into the person she is meant to become. She's taught me that medical milestones are meant to only be a comma in life, never a period."

Scroll through to see some of our favorite photos of babies with Down syndrome, and try not to pass out from cuteness overload.

Related:
This Mom Realized She Gave Birth to a Baby With Down Syndrome in the First 10 Seconds – and Her Response Is So Emotional
Previous Next Start Slideshow
BabiesPhotographyDisabilityDown Syndrome
Around The Web