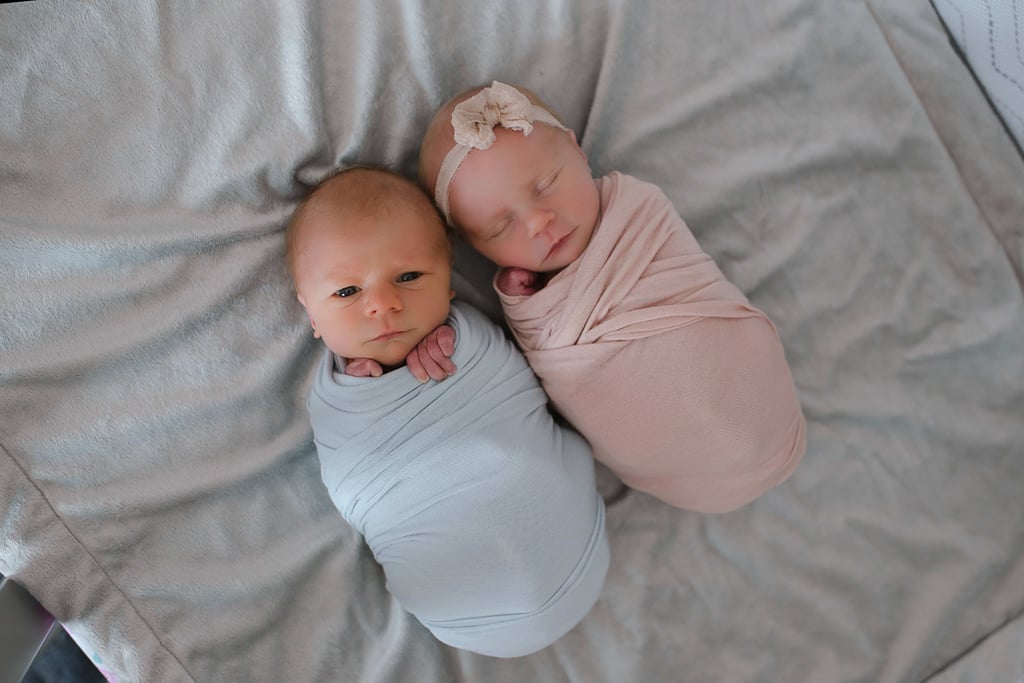 When looking at William and Reagan Brentlinger's sweet newborn photos, you'd never suspect that anything was wrong with either of these beautiful babies. However, this photoshoot will serve as one of the Brentlinger family's main reminders of William, as he passed away just 11 days after his and his sister's birth.

At her 23-week appointment, Lyndsay Brentlinger and her husband, Matthew, were told that William would be stillborn. "He just had a bunch of abnormalities," Lyndsay told ABC News. "The left side of his heart was not functioning." But as fate would have it, William was born with his tiny heart beating and was able to go home with his family to enjoy his short life. "They were the happiest 11 days of my life," Matthew said.

To honor William's life, the Brentlingers turned to photographer friend Lindsey Brown, who squeezed them in for a beautiful photo shoot that would give the family memories of William to cherish for years to come.

"Photographing the babies was very bittersweet." Lindsey told POPSUGAR Moms. "They both looked so perfect. You never would have known anything was wrong with sweet William." Lindsey says that even though the Brentlingers were some of the strongest and kindest people she's met since becoming a photographer, this shoot was still extremely difficult.

"The parents were in great spirits and treated little William just as they did Reagan; like nothing was even wrong with him. I think they were just really trying to take in every moment they had with their boy before he passed.

Although it was one of the toughest sessions I've ever done, I'm so happy that they will have these photos for the rest of their lives, as well as to show little Reagan when she's a bit older. I think it's really important and special that Reagan will always have a few photos of her and her brother together that weren't just taken on just a cell phone."

Scroll through to see the gorgeous photos of William and Reagan.

Photography
This Compelling Photo Shoot Proves That, Yes, Boys Can Be Princesses, Too!
by Murphy Moroney 2 days ago

Foster Care
After Being Raised in Foster Care, a Mom Decided to Adopt 6 Boys
by Murphy Moroney 1 week ago

by Kelsey Garcia 13 minutes ago

by Danielle Jackson 48 minutes ago