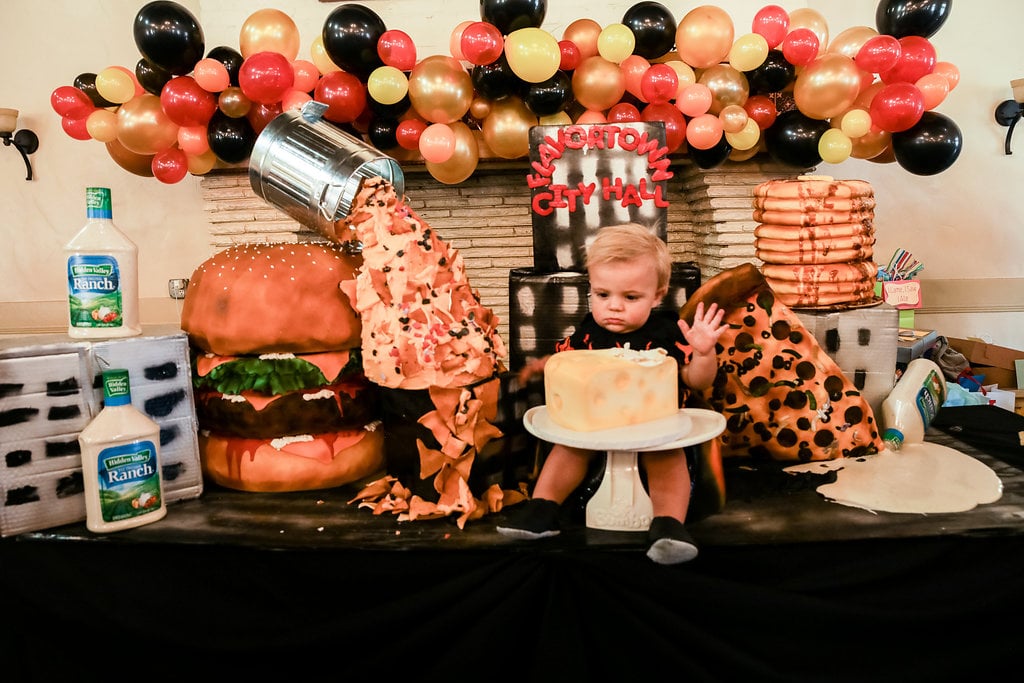 Nataly Young, a mom and owner of the Great Dane Baking Company in California, who I desperately want to be friends with, loves to throw over-the-top soirees for her two sons. And after having a "presidential" party for her older son just before the election two years ago, she knew she needed to knock Campbell's fist birthday bash out of the park. Thankfully, after a lot of thinking and one hilarious photo of her son dressed up as Guy Fieri, she found the perfect party concept and ran with it: Flavortown. The only thing left to do was actually make the party happen.

"From there it was, how am I gonna pull this off? I was an event coordinator for a while so putting it together was easy and knowing what I wanted would come to me at like 3 a.m.," Nataly told POPSUGAR. "Because I have the bakeries, I knew all the desserts had to be ridiculous."

"I kept saying 'will it even be Flavortown without a ranch fountain?' over and over again."

As all party planners know, the devil is in the details, especially where a ranch dressing fountain is concerned. "The ranch fountain was the most difficult part," Nataly said. "I kept saying 'will it even be Flavortown without a ranch fountain?' over and over again." Thankfully, she found one from Hidden Valley at the last second.

From there, Nataly got busy making sure every single little thing was in place, from hilarious invitations to an adorable look-alike outfit just for Campbell. The finishing touch? A designated Flavortown area for her son. "I was saying Flavortown 90,000 times a day," Nataly explained. "It finally clicked that I needed Campbell to be in a 'town of flavor,' thus making him the mayor sitting in his town of cake foods."

Although the party was for her son, Nataly didn't want to miss a chance to help others less fortunate. She required all 150 guests to bring a canned food item that could be donated. Scroll through to get a bird's-eye view of Campbell's incredible party, and try not to be too jealous. 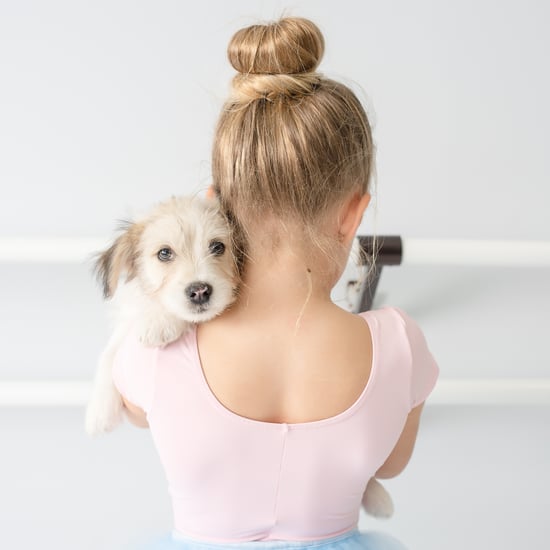 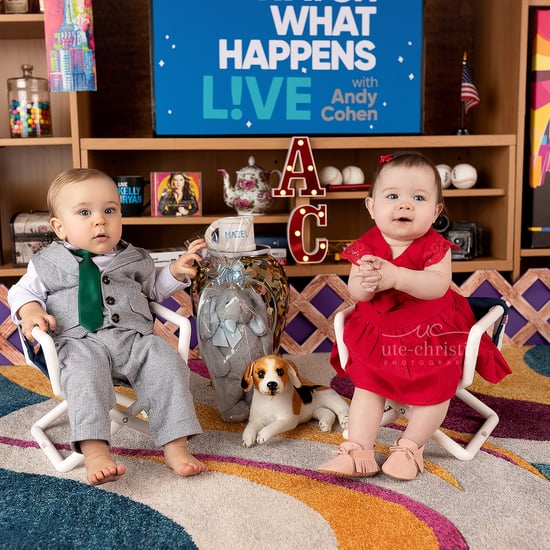 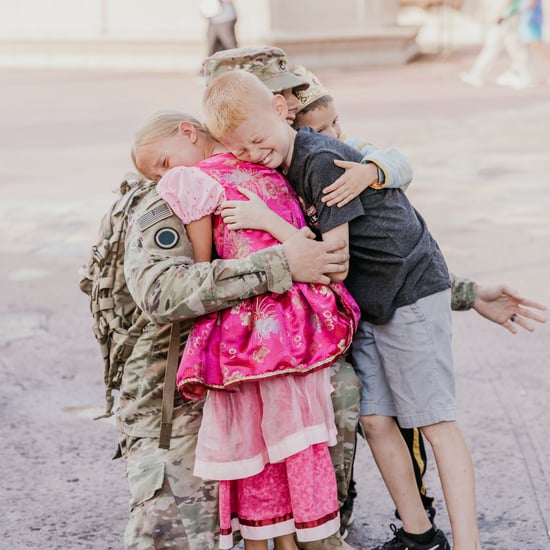 Walt Disney World
This Military Dad Surprised His 5 Kids at Disney, and Talk About a Memorable Homecoming!
by Murphy Moroney 1 day ago 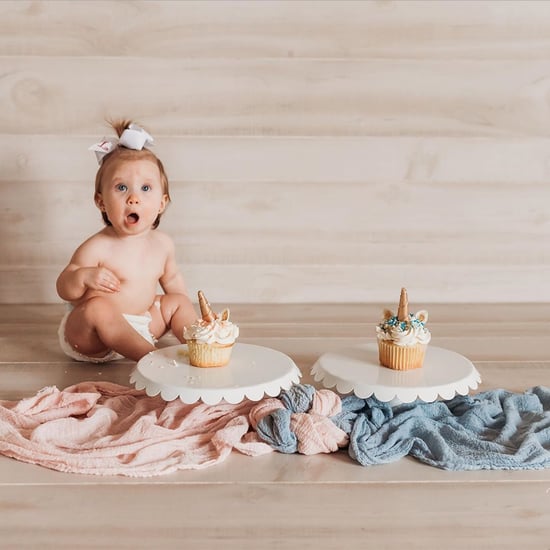 Birthday Parties
Why I Chose to Celebrate a Double Quinceañera and Embrace My 30s
by Maria G. Valdez 6 days ago

The Royals
From Royal Baby to Big Girl: 23 Adorable Photos of Sweden's Princess Estelle
by Murphy Moroney 4 days ago