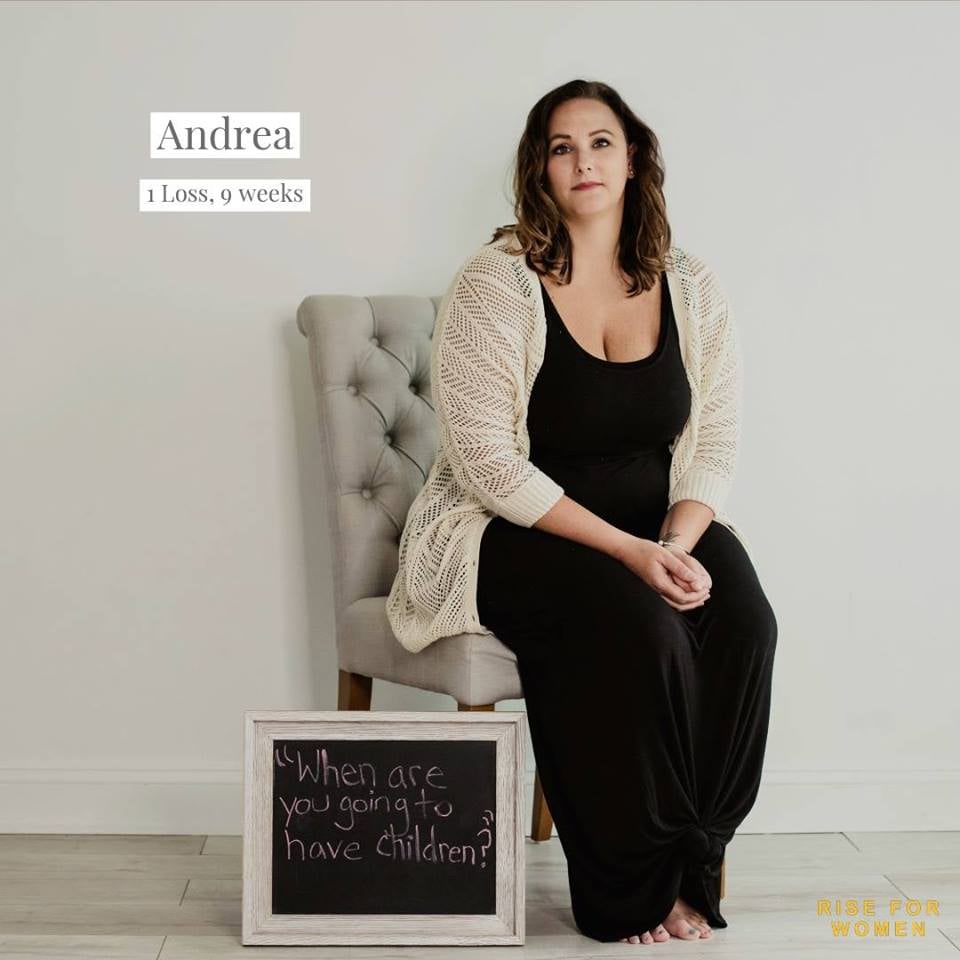 Dana Dewedoff-Carney, a mom from New Jersey, has never felt more pain than when she lost her baby when she was 14 weeks pregnant in June. While doing her best to process the news in the doctor's office, her physician told her that it was simply "the wrong baby" and her body was just "doing its job to get rid of it." Shocked, Dana knew she needed to do something to honor the son she lost and help other women who found themselves in the same situation. She created the Pregnancy and Infant Loss Awareness Project and shared it to Facebook, and women are rallying behind it.

"Because the truth is, we aren't really doing a good job at it. It's still a really stigmatized subject."

Dana hopes that simply talking about it will give women a much-needed support system. "I developed this campaign to raise awareness about how we talk to each other about pregnancy and infant loss," she explained. "Because the truth is, we aren't really doing a good job at it. It's still a really stigmatized subject."

And although Dana may seem perfectly fine to a passing stranger, she admits that some days are better than others when it comes to grieving the son she's lost.

"Sharing our struggles is what connects us all," she said. "I struggle still. I may be dressed up and smiling right now, but it doesn't mean I don't struggle over the loss of our son. Every day is different. So is every hour. It simply means that I am continuing to live in this beautiful and messy life. And that's why I'm talking about it. Because no one should live in silence. Talk about things. Get them out. I am."

Read through to see the powerful pictures from Dana's photo campaign.

Related:
The Mindf*ck of a Miscarriage
Previous Next Start Slideshow
BabiesPhotographyChildbirthPregnancy LossMotherhoodTouching Stories
Around The Web

Shay Mitchell
Shay Mitchell Reflected on Her Experience With Prenatal Depression: "I Was Like, 'Wait, What's This?'"
by Murphy Moroney 6 days ago