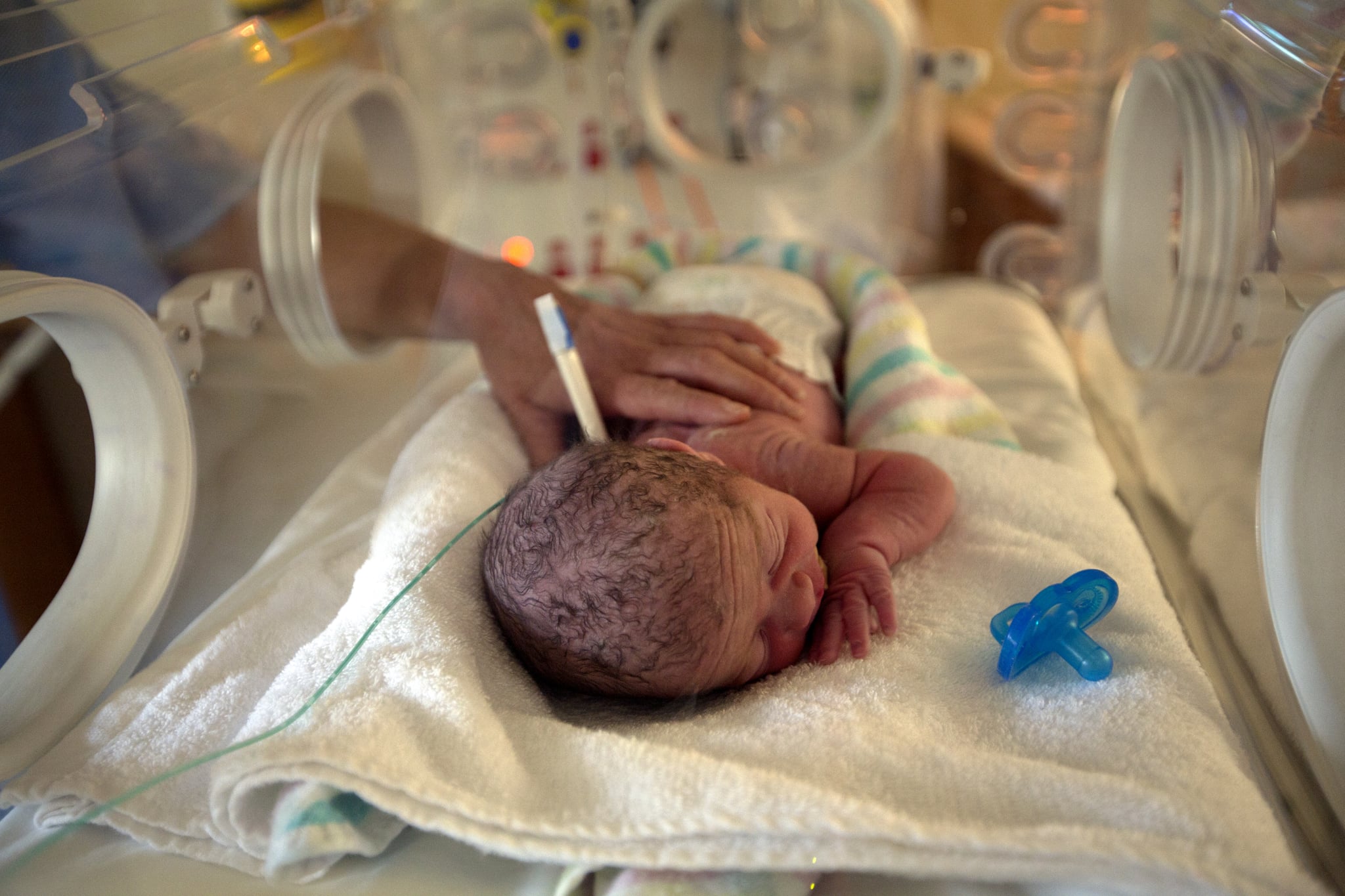 Our daughter, Juliet, was born by emergency C-section in May of last year. She was exactly one month early, and though her organs were fully developed, a combination of my preeclampsia and her early arrival made her small: 4 pounds 1 ounce to be precise.

Apart from the fact that I got pregnant quickly and easily — something I feel lucky about, especially considering that my wife and I are lesbian moms — nothing about my birth went as planned. I thought I'd follow in my family's tradition of out-of-hospital births with midwives, but shortly after transferring prenatal care to our local birth center, my beloved midwife was walking me to the triage unit of the hospital because my blood pressure was dangerously high. Two weeks after being admitted, when it became time to induce labor, our baby's heart rate dropped and I was rushed to the OR.

Of everything that went wrong during my pregnancy and birth, the separation from my daughter was the hardest. As I was recovering from surgery with concerns for my health still high, Juliet was in an incubator in another wing of the hospital. The sight of the empty bassinet in my room made me cry. I longed to be close to her.

But over our nine days in the NICU, we learned how to make the most of the experience.

Of the NICU parents, we were among the lucky. It was never a question of whether Juliet would come home, only when. We got to touch her, change her diapers, hold her. Our hospital advocated for skin-to-skin contact as a way of parent/child bonding, so we spent many hours each day with the curtain drawn around the incubator and rocking chair, holding our tiny daughter to our bare chests.

Our time in the hospital was fraught with worries, but when Juliet was sleeping on my chest or in my arms it was almost possible to ignore all the cords attached to her, to tune out the beeping of machines and the voices of strangers, to be at peace with the fact that we couldn't take her home yet.

Every two hours, I spent time pumping in a small, semiprivate room. I was exhausted and discouraged. My milk was coming in too slowly. I wanted to be closer to my baby. I eventually learned that turning off the lights, closing the door, and listening to music on my headphones made me feel less frustrated and more like myself. It was one small way to carve out a solitary space, and in it I allowed myself to rest.

The silver lining of being in the hospital was that so many people were there to help us. Many preemies have trouble breastfeeding right away, and Juliet was no exception. Every day I spent time with a lactation consultant to work on strategies and interim steps. Though my wife and I were comfortable with babies, the little ones in our lives now looked gigantic in comparison to our own. Suddenly we were clueless about the most basic skills: how to change a diaper, how to give a bottle, how to keep her warm, how to hold her. We learned to ask the nurses questions and to accept their guidance. We learned that even though it was painful, the NICU gave us many gifts, and by the time we finally got to take Juliet home, we really knew her. She had already grown so much over her first nine days in the world, and we had, too. 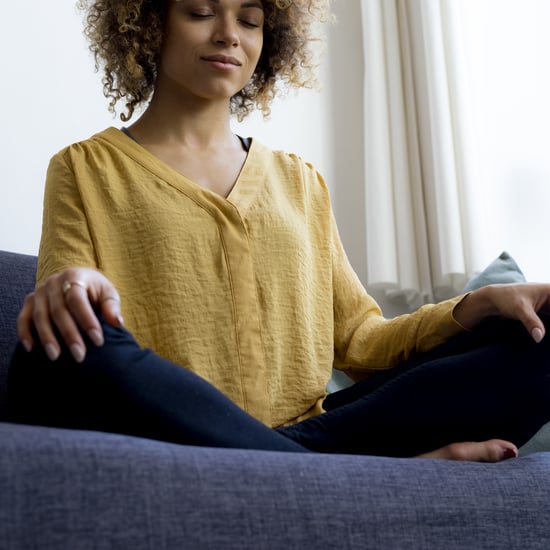 Healthy Living
I Pay $8 a Month For This Meditation App, and It's Done SO Much For My Anxiety
by Kaitlyn McLintock 15 hours ago 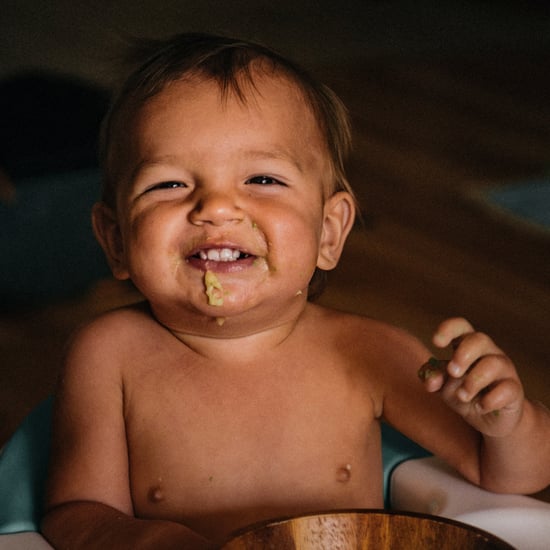 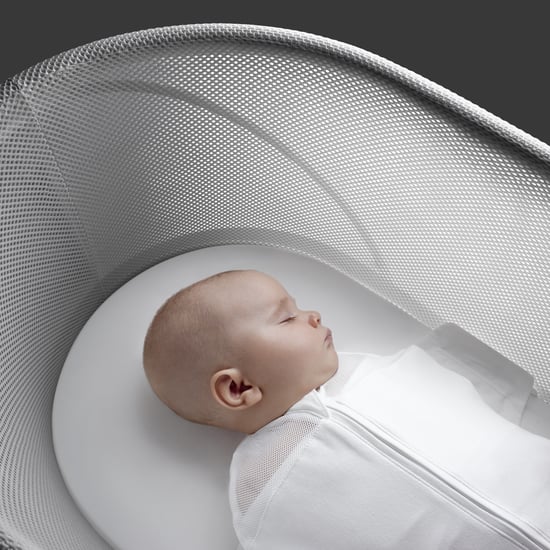 Babies
The Snoo Is Being Evaluated by the FDA — and May Soon Be Covered by Health Insurance!
by Kate Schweitzer 21 hours ago 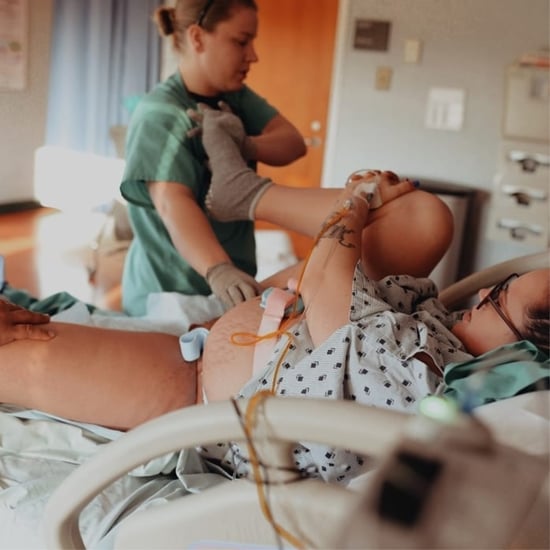