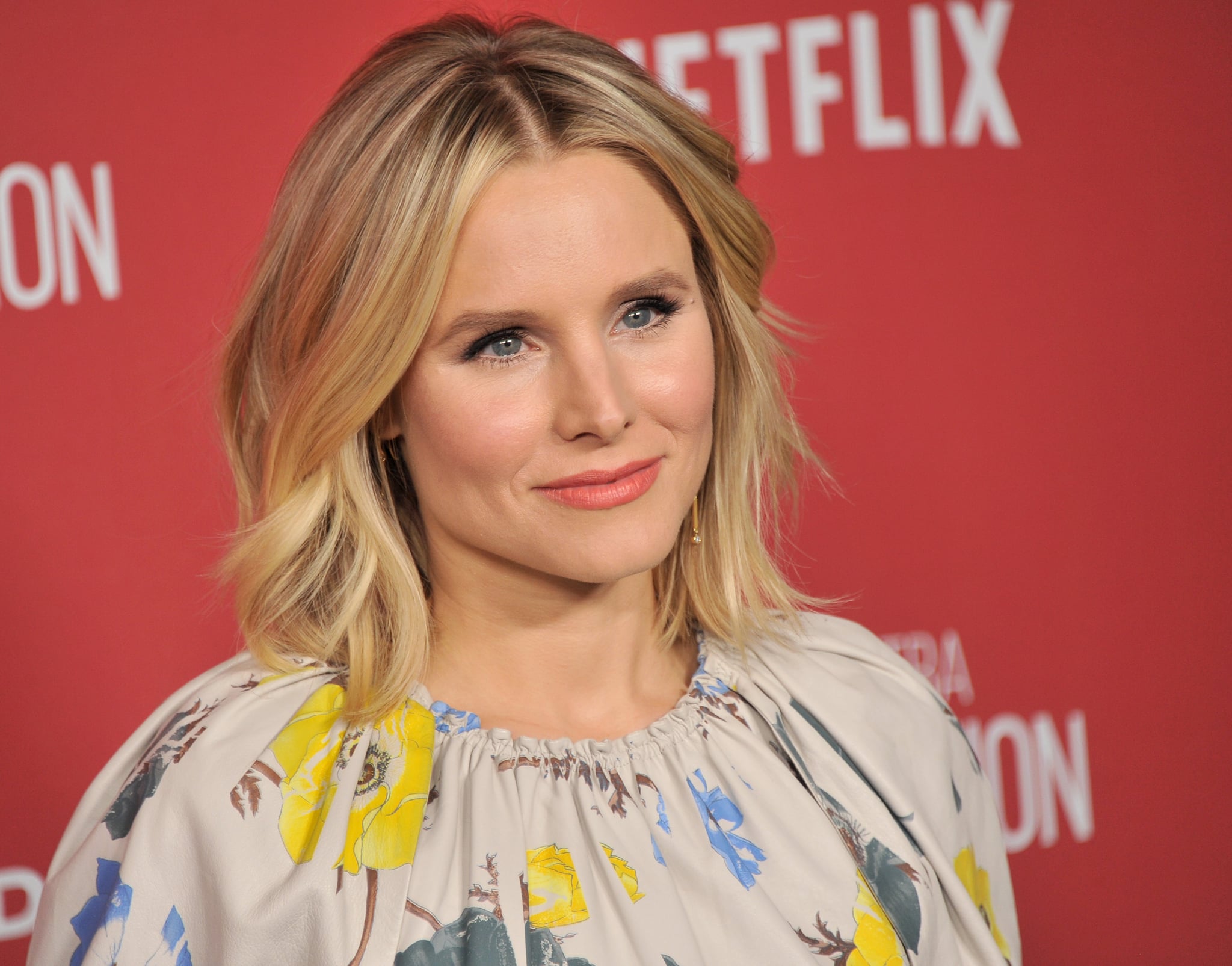 Finding any semblance of a morning routine when you've got kids going to school is no small feat. But if you have any reason to believe that A-list celebrities have it any easier, well, you're probably right. There does seem to be a glaring exception, however, and her name is Kristen Bell.

"It's miserable," the actress told POPSUGAR the moment we asked her what a typical weekday morning was like in her home. "It's awful no matter who's doing what. And I'll tell you right now, the 3- and 5-year-old aren't doing jack."

"It's awful no matter who's doing what. And I'll tell you right now, the 3- and 5-year-old aren't doing jack."

Kristen and her husband, Dax Shepard, alternate who gets up with the kids depending on who's been working later.

"I don't want to say that I do more mornings than he does, but if you were to check the records, that's probably what you'd find," she joked.

Related:
Kristen Bell's Trick to Get Her Kids to Talk About Their Day Is So Simple, You'll Be Mad You Didn't Think of It

And if you thought her bright, bubbly personality was always on, it's not. "I go right for coffee, and I'm very candid with my children that I don't want to speak to them about anything before I have that coffee, and they know it."

Then she gets down to the logistics of getting her daughters, Lincoln and Delta, up and out the door to school:

"Usually I try to get them dressed because they're in the bedroom, so we might as well knock a couple things off our list that happen in the bedroom. Then it's breakfast. Then they have about a half-hour of playtime while I feed the dog, brush my teeth, put some semblance of sunscreen and pants on to attend preschool. Getting them in the car is really the hardest part because once those kids have woken up and rediscovered their thirst for life like they do every morning, they're just running in circles, and I'm like 'Stop, stop, stop. Put your seatbelt on. Put your seatbelt on. Put your shoes back on. Put them back on. Take her shoes off and put yours back on. No, put your lunch away, we're not at school yet.'"

Essentially, she told us, "They really challenge me — they try to make it as difficult as possible."

Celebrity Instagrams
All Dwayne Johnson's 3-Year-Old Wanted For Her Birthday Was to Meet Aquaman, So Jason Momoa Delivered
by Alessia Santoro 2 days ago