Recently, a popular Instagram account known for its funny memes shared a photo of a hypothetical Halloween costume for babies that any The Office fan would get a kick out of. Remember the time Kevin Malone brought his "famous" chili to work during the fifth season and spilled it all over the floor? It's arguably one of the best scenes, so why not channel the hilarious TV moment by dressing your infant up as Kevin himself?

Obviously, once the photo started making its rounds on the internet, Jenna Fischer (Pam Beasley) and Brian Baumgartner (Kevin Malone) couldn't help but get in on the fun by sharing the photo to their own Instagram accounts.

And they're not the only ones who lost it at the sight of an infant dressed up as a grown, balding man wielding a pot of chili. People in the comments completely lost it, too. "Awwwwwww, a little Kevin. Love this!!!" wrote one user. Another chimed in saying they're thinking about starting a family just so their child can wear the costume: "Can we have a baby just so we can make it wear this?"

But seriously, what an iconic episode. There's no such thing as too much Kevin Malone. Ever.

Parenting Humor
To Those Who Called This Mom's BBC Interview With Her Child in the Room Unprofessional, You Try It!
by Kate Schweitzer 9 hours ago 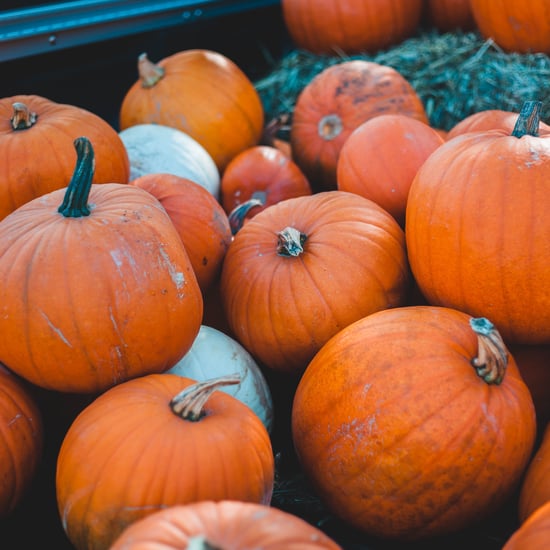 Family Life
No, Some Kids Aren't "Naturally" Able to Play Independently — It's a Skill They Can Learn
by Kate Schweitzer 8 hours ago

Halloween
You Can Order Harry Potter Pumpkin Juice From Universal's Website, So Is It October Yet?
by Deanne Revel 1 week ago