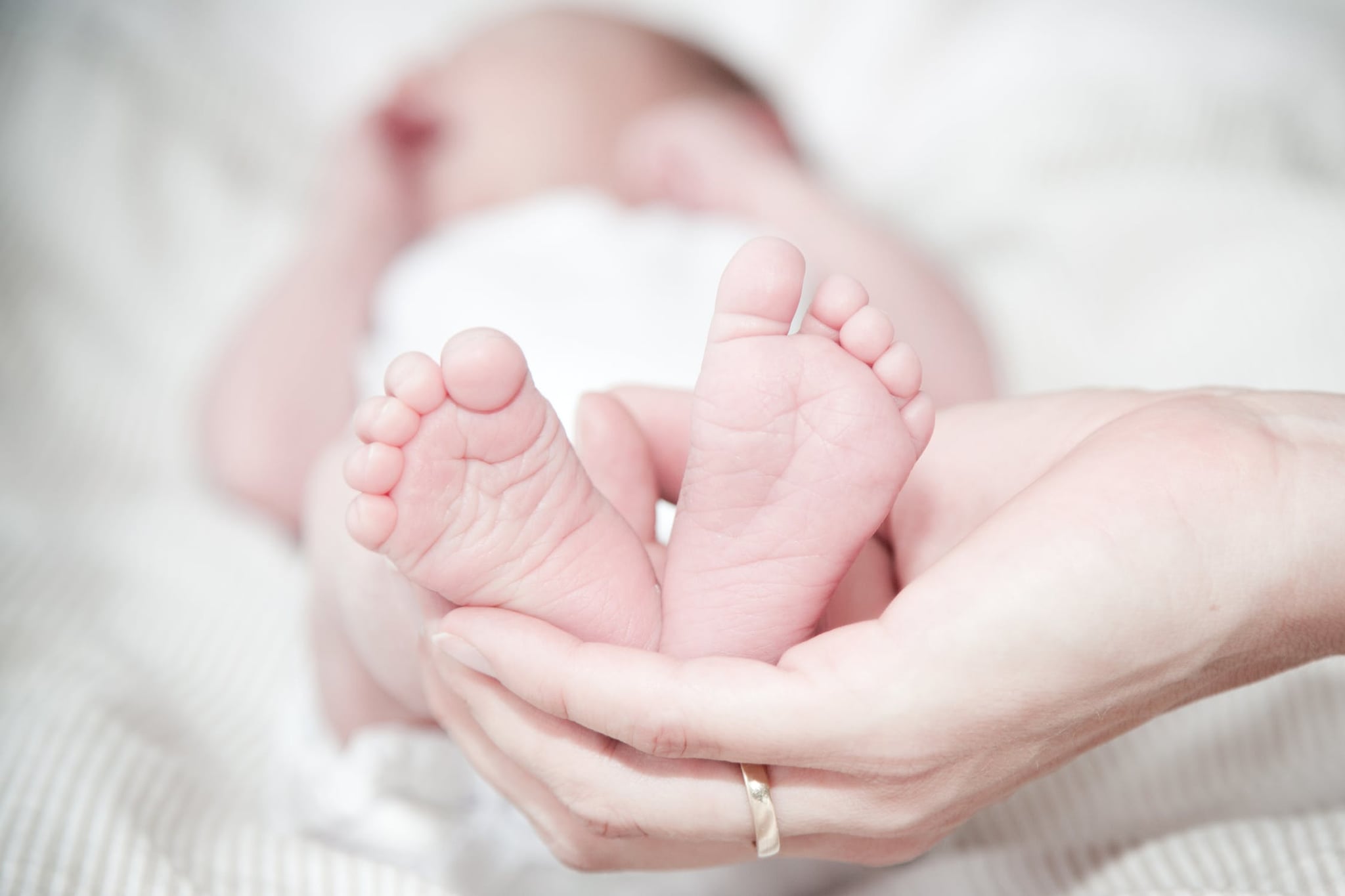 The day after my due date, I was still very much pregnant. My mom asked me if I wanted to go shopping with her, but I told her I'd rather stay home and do the laundry. That should have been my first clue that something wasn't right. She offered to take my 2-year-old with her so that I could get some peace, but when I started the first load, I felt an inflating sensation in my stomach. It didn't hurt, but I texted my husband who worked two hours away. He said he had an important meeting to attend, but he'd leave if I thought I was in labor. I honestly wasn't sure if I was, so I told him to stay put until further notice. Just a few days before, I had the same feeling in my stomach, but was told by the doctor they were Braxton Hicks contractions. My husband decided to leave work just in case.

My mom was worried she'd have to pull over on the freeway and deliver her granddaughter herself.

It wasn't long before I knew they were real contractions, since the pain became so bad I had to get down on my hands and knees to breathe. Once they were occurring every five minutes, I called my mom to pick me up, and we were on our way. During a quick stop at the gas station (one I told my mom I was OK with), things took a turn for the worse. My contractions suddenly began occurring faster and were way more intense. I was screaming and holding onto the car's roof handle so hard, I thought I was going to break it. At this point, my contractions were occurring every two minutes, and my mom was worried she'd have to pull over on the freeway and deliver her granddaughter herself.

Related:
These Photos of a Natural Home Birth After a C-Section Are Truly Amazing

Fortunately, we made it to the hospital, but the pain was so intense, I couldn't even walk. I could barely even talk. The doctor checked me and said I was 7 centimeters dilated and 100 percent effaced. An epidural was ordered immediately, but I would soon find out that my baby had other plans. The contractions began worsening, and I kept yelling at the nurse that I needed to push, although she repeatedly advised me not to because "I would tear," to which I screamed back at her, "I don't care!"

Within minutes, I was rushed over to the delivery room. While the nurses were wheeling me over, they didn't realize that I was holding onto the bed's railing and accidentally smashed my finger on the door frame (but to be honest, that pain was nothing compared to what was going on downstairs). I was checked again — 9.5 centimeters dilated. All of a sudden, there were five nurses trying to hook me up and prepare me for birth. One of them frantically put my IV in, but it came out in all of the chaos and was leaking all over me. Another nurse told me it was now too late to have an epidural or any other type of relief, which was my absolute worst fear. At that point, I was having a full-blown panic attack, couldn't focus on my breathing at all, and was completely screaming my head off, because the pain was so tremendous. I repeatedly screamed at the doctor and nurses that I needed to push, and finally, at 4:30 p.m., the doctor told me I could. My little girl was born on the third push!

But that isn't where my crazy birth story ends. My baby was born with a veil, meaning the thin membrane of the amniotic sac was covering her face.

But that isn't where my crazy birth story ends. My baby was born with a veil, meaning the thin membrane of the amniotic sac was covering her face. The doctor immediately removed the membrane and reassured us that my baby was fine. In fact, she said that babies born with a veil are said to be "destined for greatness." Unfortunately, my husband missed seeing the magnificent moment, because even though he was speeding on the freeway to get to the hospital, he was 10 minutes late. He missed the entire birth.

Pretty much nothing went according to plan. I didn't plan on giving birth 100 percent naturally, but in retrospect, I'm glad I did, because it made me feel like a warrior afterward. I didn't plan on my baby being born with a veil, but, of course, I'm glad she was, because 1 in every 80,000 babies are, which makes my daughter very lucky.

Related:
Why This Mom Decided to Leave Her Baby Attached to the Placenta For 9 Days

For any expectant moms out there, especially if this is your first baby, you can have a written, planned, and well thought out birth plan and pack the most perfect hospital bag, but when it comes down to it, you have no idea how it will go. And really, that's the perfect way to start motherhood, since most things won't go according to plan once your baby is born. But the good news is that while things might not be how you thought they'd be, they turn out to be more amazing than you could ever have imagined. Embrace the curveballs, because if nothing else, they make for some amazing stories.

Family Life
I'm Raising My Kids Without Gender Stereotypes, and It's Hard but Worth It
by Angela Anagnost-Repke 1 day ago

Healthy Living
I Traded My Menstrual Cup For Period Undies This Month and Discovered This Gym Bonus!
by Jenny Sugar 2 days ago