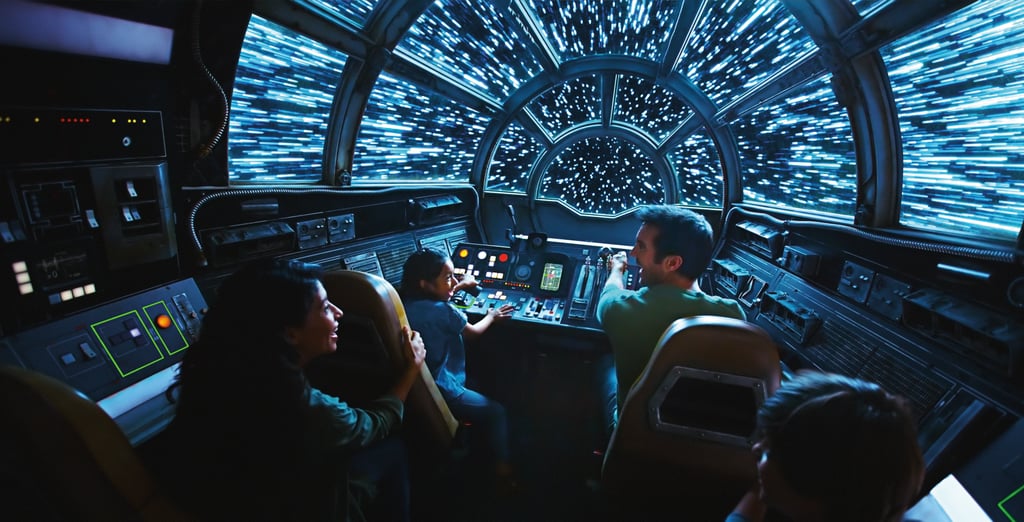 Recently, Disney announced that its openings of Star Wars: Galaxy's Edge — the first new land since Toy Story Land — in Disneyland and Disney World aren't all that far, far away! Come May 31, Star Wars: Galaxy's Edge will be open for families to explore Black Spire Outpost, a village on the remote planet of Batuu at Disneyland, and a few months later, on Aug. 29, the land will open in Disney World. Until then? We'll just have to make do with the incredible photos that Disney's released.

Ahead, see artist renderings and concept drawings of SW:GE, some of the food and merch that'll be offered in the land, and a sneak peek at a few rides, like Millennium Falcon: Smugglers Run.

Related:
Bless You, Sam's Club! The Wholesale Retailer Is Offering Disney Park Tickets That Start at $42 Per Day
Previous Next Start Slideshow
Walt Disney WorldDisneyStar WarsDisneyland
Around The Web

Mark Hamill
Celebs React to the Death of David Prowse: "[He Was] Much More Than Darth Vader"
by Grayson Gilcrease 3 days ago