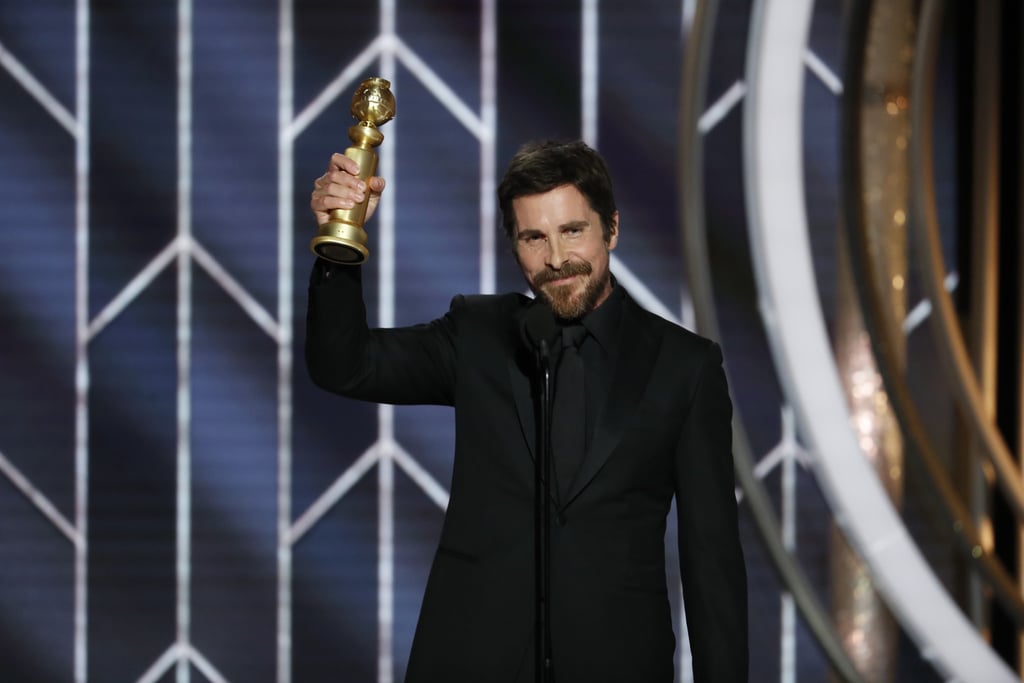 Christian Bale Has the Most Adorable Nicknames For His Kids (Spoiler: They’ll Make You Hungry)

Celebrities have been known to give their kids unique names (ahem, Blanket, cough, Apple), but when Christian Bale, who won best performance by an actor in a musical or comedy film for the movie Vice, thanked his two children, "Banana" and "Burrito," during his Golden Globes acceptance speech on Jan. 6, I just about spit out my banana burrito my eyes nearly popped out from opening so wide. Of course, the first thing I did was google the actor's children, and I was relieved to find that they actually have very different names (that don't even start with B!).

Christian shares a 13-year-old daughter named Emmeline and a 4-year-old son named Joseph with his wife, Sibi Blazic. It's unclear as to which child is Banana and which is Burrito, but imagining Christian calling Burrito in from outside for dinner or asking Banana what they want for breakfast (banana slices, probs) is equal parts hilarious and insanely adorable.

Ahead, hear Christian thank Banana and Burrito in his acceptance speech (during which a surprising number of viewers realized the actor is, in fact, British) and see people's hilarious reactions to the nicknames.

Dwyane Wade
Dwyane Wade Shows Off His Fiery Red Hair With Daughter Zaya, and Damn, They Own This Look
by Karenna Meredith 1 day ago

Ciara
Ciara Celebrated Future's Birthday With a Scavenger Hunt, Indoor Camping, and a Sweet Video
by Perri Konecky 1 day ago

Hailey Bieber
Hailey Bieber and Stephen Baldwin Are 2 of a Kind — See Their Best Father-Daughter Moments!
by Monica Sisavat 3 days ago

The Ellen DeGeneres Show
Kristen Bell Gets Candid About Her 5-Year-Old Still Potty Training: "Every Kid Is So Different"
by Yerin Kim 3 days ago